Is it worth standing up for Lukashenka: Russia finds itself in a difficult position 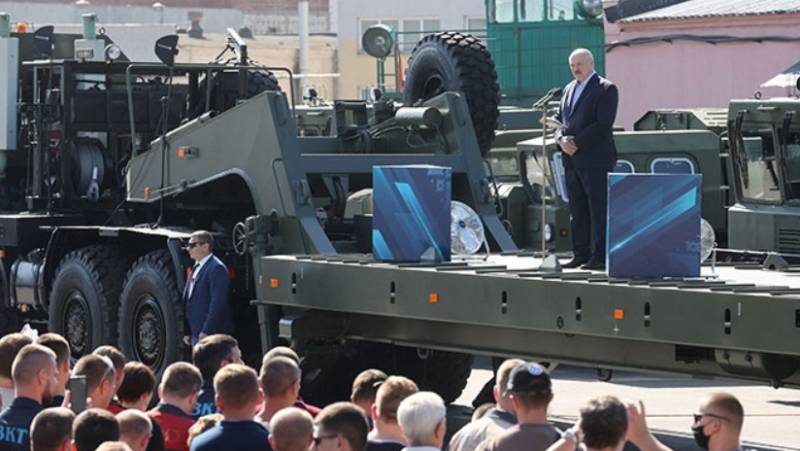 Events in Belarus are fraught with very serious consequences for our country. The question arises, what to do and whom to support Russia in this situation?


For a long time, Belarus was the closest partner and ally of the Russian Federation in the entire post-Soviet space. Alexander Lukashenko was almost the only post-Soviet leader who showed a sincere commitment to an alliance with Moscow. But in recent years the situation has changed: a "black cat" ran between Moscow and Minsk. Lukashenka began to criticize Russia and reproach him with an unfair attitude towards Belarus. In turn, Moscow has accumulated many claims. For example, Minsk began to flirt with the European Union, with Ukraine. And, nevertheless, it is unlikely that now the Russian leadership wants an "orange revolution" in the neighboring country. There are reasons for this.

First, the Belarusian opposition does not hide its pro-Western orientation. Even if it is not as open and Russophobic as in Ukraine, one can be sure that in the event of a change in the existing regime in Minsk, Belarus will move further from Russia.

Second, Lukashenka is blamed for his irremovability: the president has been in power for a quarter of a century. But after all, the same reproaches are heard against Vladimir Putin. The slogans under which the protesters came out in Minsk are quite applicable to modern Russia. The Kremlin cannot fail to understand this. But they do not want to unconditionally support the “father” either: this is evidenced by the position of the majority of Russian mass media, including the pro-Kremlin ones.

On the one hand, they have no doubts about Lukashenka's victory in the elections, but on the other hand, they criticize the “police outrage”. It should be noted that seven years ago Viktor Yanukovych was criticized for his softness, his inability to use force to suppress protests.

Indeed, the Kremlin's position is not easy now. To speak out against Lukashenka, criticizing him for the irremovability of power, in fact means to speak out against ourselves. And Lukashenka is “not the same,” and he is not so inclined towards Russia. Moreover, if Lukashenka leaves the presidency, Belarus may be strongly led towards the West. And the Kremlin will hardly be able to stop this process. An example is the same Ukraine. 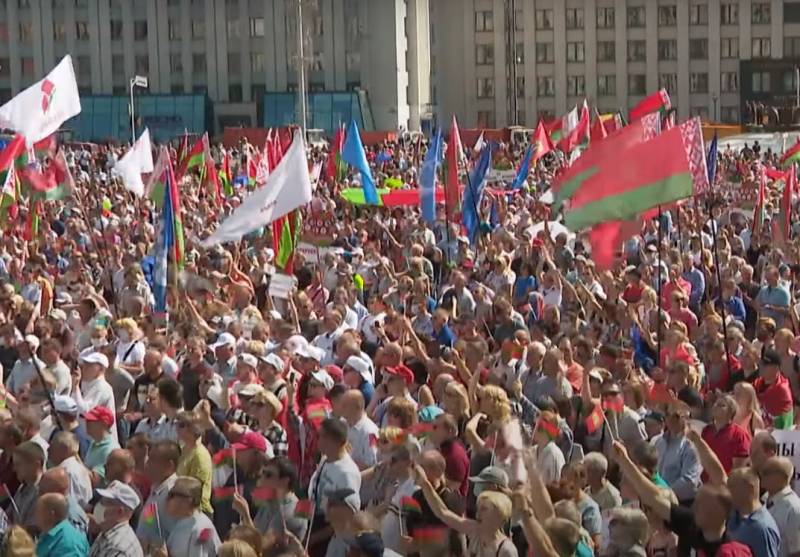 Lukashenka brought his supporters to the square
But Moscow does not really want to stand up for the so-called "last dictator of Europe", as the Western media call him. However, what are the options?

The question of the need to change the government is becoming more acute, but who can change the "dad" is not very clear. The West can push through the weak-willed Tikhanovskaya. As they say, without fish ... But Russia, it seems, has no alternative to Lukashenko at all.

Therefore, the best way out for Russia would be to search for such a figure who, in terms of her qualities and political position, would become a worthy replacement for Alexander Grigorievich, but at the same time would demonstrate great loyalty to Moscow. This will not be an easy task, since in 25 years Lukashenko has cleared the political field quite well, and not so much from pro-Western politicians, but from his potential competitors - those who could play on the pro-Russian orientation of Belarus, on the same national and social values ​​as "Dad".

But the situation can change. And so far only one thing is clear: Lukashenka should not be removed as a result of mass protests under pro-Western or anti-Russian slogans, which is basically the same. He must leave, but leave peacefully, handing over power to an adequate and pro-Russian-minded successor. This would be a plus for Russia.

But can this scenario, beautiful in theory, be implemented in practice? Indeed, in fact, the problems of modern Belarus and modern Russia have a certain similarity, and sooner or later, but the question of the need to renew the highest power will arise in our country. Many experts believe that what is happening in Belarus today is a rehearsal of what can happen in Russia in 2024. That is why it is important for the Kremlin to make a move on the geopolitical chessboard right now that would not lead to mate for itself. Will there be enough time, considering how events are developing in the republic, for a second, which is part of the Union State? Or is it time trouble from an insufficiently balanced analysis of the situation carried out on the eve of the elections in Belarus? ..

Ctrl Enter
Noticed oshЫbku Highlight text and press. Ctrl + Enter
We are
Belarusian nationalism is a weapon of the West against RussiaResults of the week. "God forbid to see Russian revolt, senseless and merciless!"
Military Reviewin Yandex News
Military Reviewin Google News
440 comments
Information
Dear reader, to leave comments on the publication, you must to register.