Who are you, Mr. Karaev? 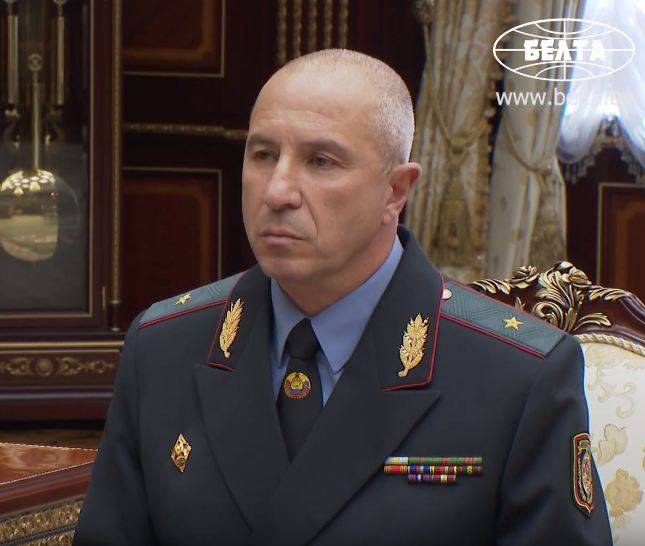 In the Republic of Belarus, people were horrified at the atrocities committed by law enforcement agencies during the dispersal of peaceful demonstrations in Minsk, Zhodin, Brest and others from August 9, 2020. Most of them in Minsk are the work of servicemen of military unit 3214 (Minsk) of the internal troops of the Republic of Belarus.


Why did yesterday's schoolchildren and good guys with excellent health, after being drafted into the army and serving in the internal troops of our country, behave so cruelly towards their own citizens, whose whole fault sometimes lies in the fact that they were in the wrong place and in the wrong that time? There was not a single case of manifestation of humanism and assistance to the victims by the soldiers and officers of the internal troops.

All this is the result of the purposeful activity of the command of the internal troops. It was necessary to create a punitive force from the internal troops that would be able to carry out any order and would stop at nothing to disperse protests and demonstrations of people who took to the streets. And the authorities succeeded! Monsters have appeared to the world. Only the "owner" could manage them.

How did the creation of monsters take place?

It was necessary to create a system that would turn yesterday's boys into obedient soldiers, capable of any atrocities when fulfilling the orders of the command and at the same time completely confident in their impunity.

These are the main directions for creating this system.

Terry hazing is widespread in the internal troops of the Republic of Belarus, especially in military unit 3214. The shameful phenomenon, which seemed to be done away with in the army of sovereign Belarus, has acquired a special scope here. Features of bullying: suppression of the individual, instilling other moral principles, the establishment of a cult of strength. Boys are broken "over the knee", and those who do not break are deprived of their health and are written off for health reasons "not a citizen" (sometimes disabled). If we conduct an analysis in the country's military commissariats on those dismissed for health reasons only from military unit 3214, then the statistics may shock.

A special direction in the work of officers with soldiers is rooting in their minds the division of everyone into two camps: "we" and "they".

“We” are the servicemen of the internal troops, this is the president's elite, these are the elected, “we” are for each other.

“They” are civilians, they are all criminals and there is no need to stand on ceremony with them, they need to be constantly “kept in check”, etc. The "they" category includes the relatives and friends of the soldiers. A soldier should not hesitate and, when ordered, use force against his father or mother.

And these outrages in the internal troops and in relation to "they" had to be covered legally.

First, they quietly destroyed the public organization "Union of Soldiers' Mothers", which provided at least some kind of public control over the observance of the rule of law in the army.

In 2012, Yu. A. Karaev was appointed commander of the internal troops from the post of commander of military unit 3214.

In 2014, by decree of the President of the Republic of Belarus No. 137 of 26.03.2014, the Military Prosecutor's Office was liquidated (the military prosecutors of the Republic of Belarus were supervised by the internal troops). The territorial prosecutor will not meddle in the affairs of the military - it's worse for himself. That's all: there is no one else to control the observance of the rule of law in the internal troops, hands are free.

And then from this position, having completed the transformations, in 2019, Y. A. Karaev becomes the Minister of Internal Affairs of the Republic of Belarus.

By the way, the first speech of the Minister of the Ministry of Internal Affairs of the Republic of Bashkortostan Yu. A. Karaev after the events of August 9-12, 2020 was, at best, the speech of the commander of the internal troops, where he just confirmed the division into "we" and "they".

Bottom line: first, violence occurs (with our general indifference) against our sons, who are called to serve in the internal troops, and then these young men bring violence to us, and sometimes behave like occupiers in a captured country.

It is necessary to return public and legal control over the internal troops of the Republic of Belarus.

Afterword. It is not a fact that all the injured servicemen of the internal troops suffered from the demonstrators. Perhaps, with someone they settled scores and "their", fortunately, the situation allowed.

Ctrl Enter
Noticed oshЫbku Highlight text and press. Ctrl + Enter
We are
A great interview with Sergey Lavrov: about Ukraine, Obama and IranWhat you didn't want to know about England
Military Reviewin Yandex News
Military Reviewin Google News
189 comments
Information
Dear reader, to leave comments on the publication, you must to register.