Why are there no marshals in the modern Russian army? 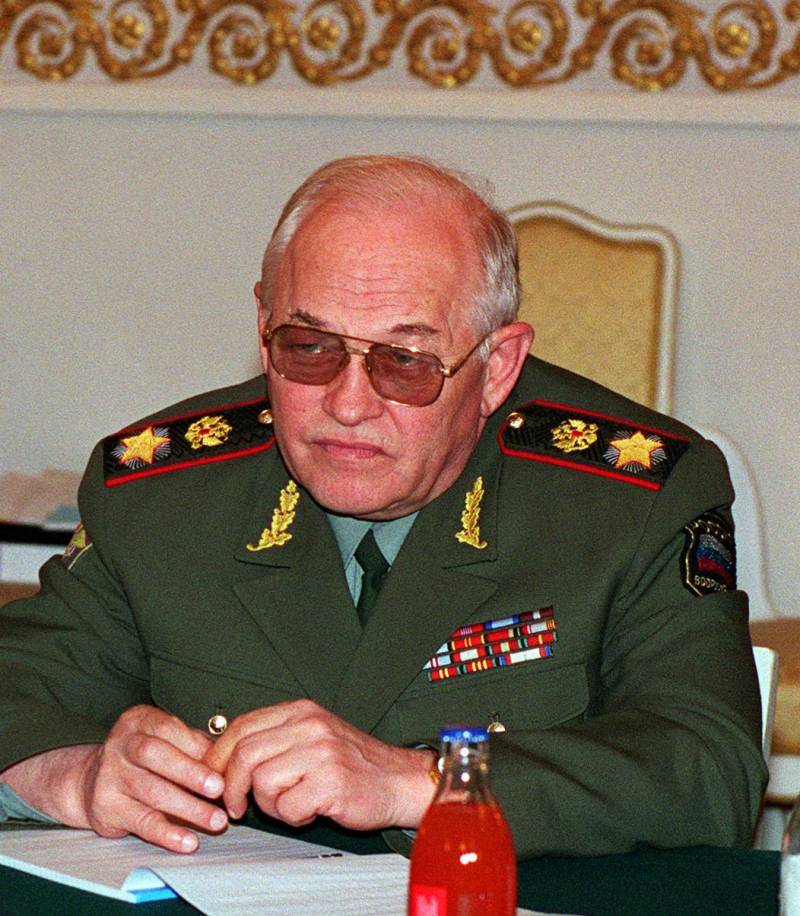 What is the highest rank in our army? Who is the proud owner of this title? What do the huge stars on the shoulder straps of some leaders of the Russian Ministry of Defense mean? These and similar questions often concern those who are keenly interested in military affairs, but are not too sophisticated in some of its intricacies. But the answers to them, in general, do not constitute any secret.


The Russian Armed Forces, in principle, almost completely copy the system of military ranks of the Soviet Army. Everything we have is roughly the same as the invincible and legendary: there are soldiers and corporals, warrant officers of various ranks, officers: from a junior lieutenant to a colonel, there are generals - what kind of army would it be without them? The whole set, so to speak, from major general to army general. That's all? But no. The highest military rank of Marshal of the Russian Federation, established on February 11, 1993 by the relevant law, has not been canceled. There are simply no active marshals in the army today.

The first and only of these, Igor Sergeev, who served as Russian defense minister from 1997 to 2001, was awarded this title by the then president of the country, Boris Yeltsin, about six months after taking office. In our country, it has never been assigned to anyone else. Particularly concerned and clearly alternatively gifted citizens, who wrote something on blogs about Shoigu's “marshal's shoulder straps”, I can advise them to learn materiel and follow the appropriate regulatory framework, according to which the army general's shoulder straps changed their appearance from “four-star” to the current “one-star " in 2013.

Why don't we have marshals? For a better understanding of the issue, it may be worth referring to stories and biographies of people who wore this title in the Soviet Union. The first Soviet marshals appeared, as you know, in 1935. There were five of them: Kliment Voroshilov, Semyon Budyonny, Mikhail Tukhachevsky, Alexander Egorov, Vasily Blucher. Only the first two managed to keep the title (and the head in addition) - real people-legends. In 1940, Semyon Timoshenko, Boris Shaposhnikov and Grigory Kulik became marshals of the USSR. This is where the very short list of "pre-war" marshals ends. Although they cannot be called “peaceful” either: the Soviet Union at that time had to conduct hostilities almost constantly - not with the Finns, but with the Japanese or someone else ...

The next marshals appeared in the Red Army in 1943, when a radical turning point was reached in the Great Patriotic War. Georgy Zhukov, Alexander Vasilevsky ... Somewhat later, after them, the Supreme Commander-in-Chief, Joseph Vissarionovich Stalin, also put on the marshal's shoulder straps. But Lavrenty Beria received this title only after the Victory, in the summer of 1945. In my deep conviction, it is absolutely deserved, and not only for the more than successful fight against enemy intelligence services, but also for the huge contribution to the cause of military development.

In total, during the existence of the Soviet Union, the marshal rank was awarded 41 times. Seven people were deprived of him by court verdicts: Tukhachevsky, Blucher, Egorov, Kulik (later reinstated in rank), etc. Beria's rank and regalia were taken away after the Khrushchev coup and a parody of the investigation and trial. Later, Nikolai Bulganin, almost the first and last civilian minister of defense of the USSR, was left without marshal's shoulder straps. To the legendary Nikolai Kuznetsov higher navy the rank corresponding to the marshal's (admiral of the fleet of the Soviet Union) was assigned several times, then again selected. They finally left them posthumously ... In the wild years of perestroika, they thought about depriving Leonid Brezhnev of the marshal's epaulettes posthumously, but they did not - they limited themselves to canceling the awarding of the Order of Victory.

The list of marshals of the Soviet Union is cut off by Dmitry Yazov, the country's last defense minister. By the way, he also became the last of them who lived among us: Dmitry Timofeevich's heart stopped beating only this year.

Will Russia have new marshals? It is hard to say. Let me just note that among those who bore this title in the USSR, there was not a single person who had not gone through the battle of the Great Patriotic War. Fortunately, we have been living under a peaceful sky for 75 years. No, our armed forces are honorably fulfilling their combat missions, but, you see, their scale is completely different from the colossal military trials that befell the Soviet marshals.

I am sure there are more than enough people in our army who are quite worthy to wear this highest military rank. If a war happens, Russian marshals will appear, continuing the glorious traditions of their predecessors, to save the Motherland. But it would be better, of course, to do without it.

Ctrl Enter
Noticed oshЫbku Highlight text and press. Ctrl + Enter
We are
About Stalin and KhrushchevWhat you didn't want to know about England
Military Reviewin Yandex News
Military Reviewin Google News
103 comments
Information
Dear reader, to leave comments on the publication, you must to register.