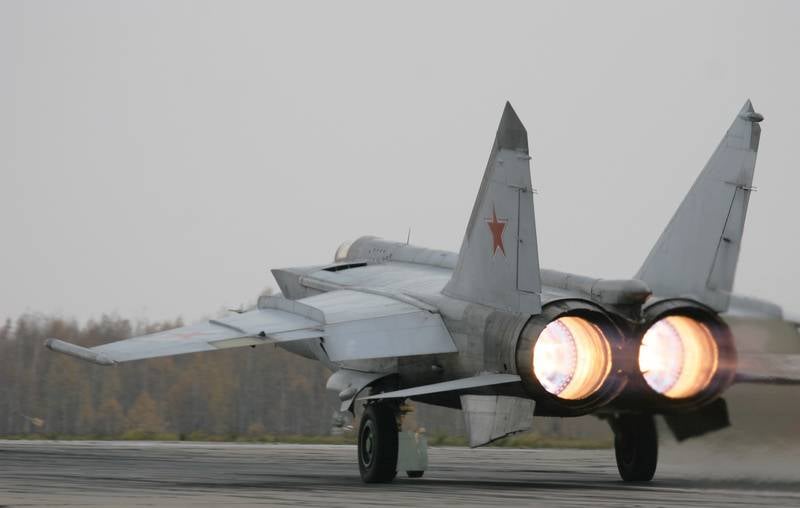 A video of the emergency landing of a MiG-31 fighter at the Bolshoye Savino airport in Perm has appeared on the Web. The emergency situation was reported earlier by the press service of the Central Military District.


As the press service explained, the MiG-31 fighter was performing a training flight; during the landing of the aircraft, one of the wheels of the rear landing gear was found to be destroyed. The MiG-31 crew, warned of the breakdown, managed to land the fighter without damage. The pilots were not injured or injured.

On August 11, in the Perm Territory, during the landing after a planned training flight of the MiG-31 aircraft, the flight director discovered the destruction of one of the wheels of the rear landing gear of the fighter. The flight director warned the aircraft commander about this. The crew made a normal landing, the plane was not damaged
- said in the message of the Central Military District.

At the moment, the engineering and technical staff of the unit has carried out repairs of the MiG-31, a special commission will be investigating the reasons for the incident.
Ctrl Enter
Noticed oshЫbku Highlight text and press. Ctrl + Enter
We are
Fighter MiG-31 crashed near PermThe accidents of military aircraft in Russia over the past 10 years
54 comments
Information
Dear reader, to leave comments on the publication, you must to register.