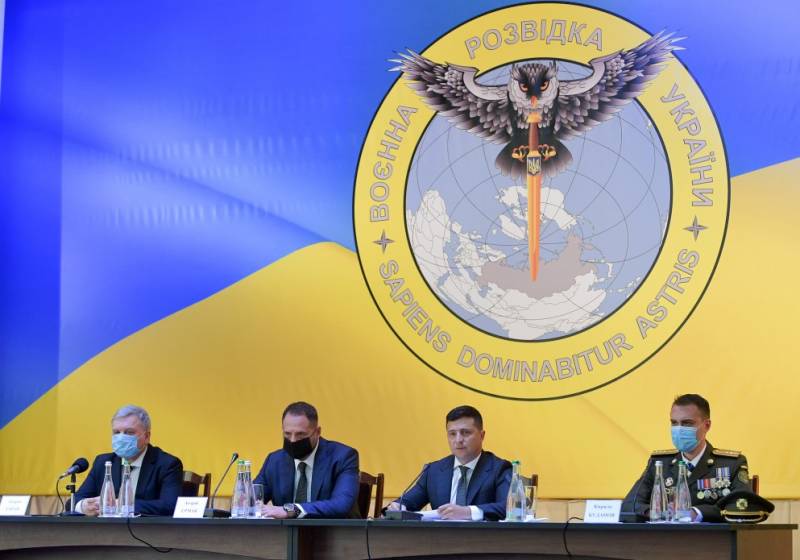 The Ukrainian president made a statement regarding the activities of the country's intelligence structures. According to Volodymyr Zelensky, military intelligence should carry out active work. This work should be aimed at analytical activity, as well as at strengthening and deepening strategic and operational activities.


Volodymyr Zelenskyy stressed the need to form a National Intelligence Program. According to him, this kind of formation should be carried out in the period from 2021 to 2025.

The new program should provide for the transition to NATO standards and the introduction of new approaches to personnel training.
Mr. Zelensky made such a statement during the presentation to the department of the new head of the GUR of the Ministry of Defense, Kirill Budanov, a man with a known sabotage past.

The President of Ukraine said that the change in the leadership of the Main Intelligence Directorate would make it possible to "reformat" the department. At the same time, Zelensky wished the employees of the department "to preserve traditions." Also from the wishes of Zelensky, the following drew special attention to themselves:

I wish you to be one step ahead of our enemies.
According to the head of the Ukrainian state, "it is extremely important to revive the fighting spirit of the Ukrainian intelligence service."

Zelensky made his statements against the background of the emblem of the military intelligence of Ukraine, which depicts a bird with a sword hanging over the territory of the Russian Federation.

In turn, Kirill Budanov, appointed head of the Main Intelligence Directorate of the Ministry of Defense of Ukraine, said that the tasks of the department today include "the return of the occupied territories of Donbass and Crimea."

Also, our task is to restore justice for the people who brought the war to our homeland.