Why is the post-Soviet space becoming anti-Russian? 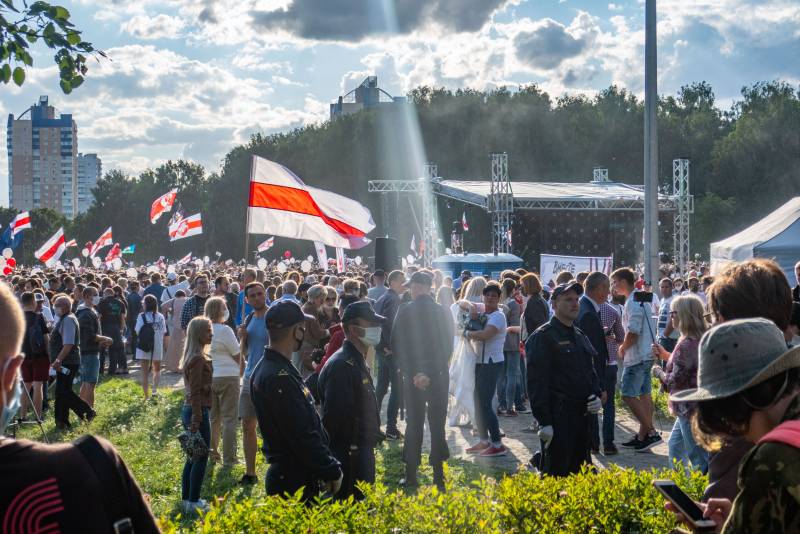 The events taking place today in neighboring Belarus give another reason for very sad conclusions. The post-Soviet state, traditionally considered the most reliable ally of our country, has actually found itself half a step away from becoming another "anti-Russia". And all this happened suddenly and, as always, "completely unexpectedly." Or - quite predictably and even naturally ...


Well, it’s high time to reflect on Moscow’s policy towards its own closest neighbors, for which the word “failed” suggests itself. At the same time, a sad paradox strikes the eye: the Bolsheviks, whom some are still trying to reproach for the “collapse of the Russian Empire,” just managed to hold on to almost all of its territories. Well, with the exception of the former, it is always the fault of Poland and Finland. What they missed right away (the Baltic states) was returned to the USSR later. But after the collapse of the "Union of Indestructible" things went much worse.

It is quite obvious that when “collecting lands” the leadership of the Land of Soviets, which belonged to the CPSU (b), played into the hands of the fact that in all the “self-determined” states after the revolutions of 1917, it had, if not party members, then at least one hundred percent political allies. And what about the situation with political parties or social movements, which, at least conditionally, could be ranked as “pro-Russian” in the “post-Soviet space”? Quite frankly.

The party of socialists in Moldova, headed by Dodon, seems to be in favor of "close cooperation" with Moscow, however, it does not strongly object to the "European integration" which is fundamentally contrary to this. The Ukrainian “Opposition Platform”, for all its extremely moderate reverence for Russia, consists entirely of former “regionals” and other figures of the same kind who calmly surrendered the country to the Maidan junta in 2014 and did not even try to portray resistance.

They are not pro-Russian, not pro-Western - they are nothing.

Only very big dreamers can talk about any forces “oriented towards Moscow” in the Baltic or Transcaucasia. Well, the East, as you know, is a delicate matter. In Central Asia, “pro-Russian forces” are also somehow not visible.

The most interesting thing is that there are more than enough potential members (and even more so, the electorate) of this kind of political forces in the countries that are the former Soviet republics. Hundreds of thousands (in the same Belarus or the Baltic States) or even millions (in Ukraine or Kazakhstan) Russian communities, numbering quite a few of those who would not mind not only strengthening ties with Russia, but even returning to the USSR - what not the most powerful potential to support them? However, surprising as it may seem, Moscow does not seem to need this “human resource” that wasted in vain. They prefer to go the other way - simple and ... wrong.

Consider this thesis using the example of the same Belarus. "Why develop some pro-Russian forces in the country if its president at every step swears of brotherhood and eternal friendship, signs documents on the creation of the Union State and generally leads the most loyal policy towards Russia, albeit with a distinct extortionate bias?" Obviously, this is how the Foreign Ministry, the Presidential Administration and other state structures responsible for foreign policy thought. But this very president "reformed" in the blink of an eye - to himself and to Russian interests in trouble. And what do you want to share now?

But we have already stepped on exactly the same “rake” in Ukraine with its supposedly “pro-Russian” Yanukovych, who first dragged the country to “integrate” into the EU, then backed up, and ultimately abandoned the country ineptly and cowardly. What else should happen so that the Kremlin (and not only there) will learn: the supply of gas and oil at "ridiculous" prices, the supply of modern weapons, again almost at cost, trade preferences, fabulous loans - all these are the rulers of those who consider themselves the strongly "independent" post-Soviet countries are very quickly taken for granted. And they start looking around: "What if someone gives more?"

And after all, they will give, even if for a while, even with a return! If they don’t, they will promise so, “packing” rather modest prospects into such attractive phrases that it will be difficult to resist them. China - to the Central Asian republics and the same Belarus, Europe - to Moldova and Ukraine, Turkey - to Azerbaijan, and the United States - to all of them put together ... One of Moscow's most important mistakes, systemic and persistently repeated, is an attempt to promote its own foreign policy interests in the "post-Soviet space", often acting through local oligarchs, other representatives of big business and their henchmen in state power. Or, if we talk about Minsk - exclusively directly through the “top officials” of the country.

I will not argue that Russia must certainly copy the experience and methods of overseas contractors who manage to defend their "vital interests" literally all over the world. However, to take a closer look at something, really, it would be worth it. First of all - to the methods of creating conditions for really mass support of the leaders and parties they like. This is done, for the most part, through the gradual and steady introduction of a whole network of non-profit, nongovernmental organizations that pursue the necessary policies, plant the necessary ideas, opinions, attitudes. In our country, for example, they often criticize various courses, trainings and entire schools that the West organizes for media representatives and promising politicians of the “post-Soviet space”. Are we so weak ourselves? ..

By themselves, neither pro-Russian leaders nor pro-Russian movements will emerge from the remnants of what was once the Soviet Union. They need to be raised, nurtured, strengthened and protected from attacks, to conduct continuous educational activities. And this can be done only by changing the concept of Moscow's foreign policy in the most radical way. Otherwise, in the very near future the phrase "we will never be brothers" will sound to Russia from all sides, even if the "lace panties" from the West for such speakers will turn out to be badly worn ...

Ctrl Enter
Noticed oshЫbku Highlight text and press. Ctrl + Enter
We are
About Stalin and KhrushchevWhat you didn't want to know about England
Military Reviewin Yandex News
Military Reviewin Google News
202 comments
Information
Dear reader, to leave comments on the publication, you must sign in.