Chinese Sohu: Relations between Belarus and Russia are approaching the freezing point 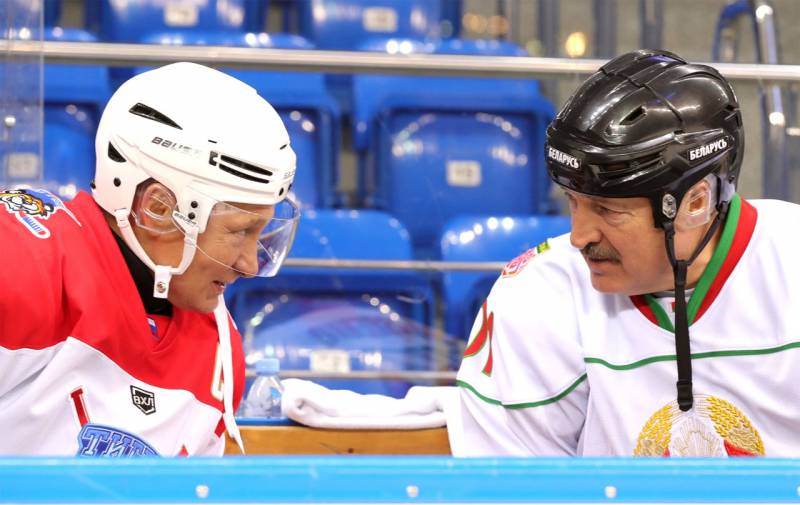 The Chinese news outlet Sohu published an article about the relationship between Minsk and Moscow a few days before the presidential elections in Belarus. The author writes that relations between Belarus and Russia "are now approaching the freezing point."


It is noted that the President of Belarus actually made accusations against Russia about provocations allegedly prepared with the help of mercenaries. Chinese readers were told that the Belarusian special services arrested 33 Russians on the territory of one of the sanatoriums located not far from the country residence of the President of the Republic of Belarus.

An extraordinary training camp for reservists has been announced in Belarus, and the Belarusian Defense Ministry plans to conduct military exercises in regions bordering on Russia.
At the same time, the Chinese media, referring to Russian and Belarusian political scientists, including representatives of the Higher School of Economics, writes the following:

Creating the illusion of Russian meddling ahead of the elections may be a ruse that Lukashenka uses to win.
Also in Sohu it is noted that Lukashenka's formidable rhetoric has recently been increasingly directed towards Russia. In particular, it is noted that in Minsk they began to say that Russia was deliberately selling energy resources in Belarus at extremely low prices "as a bait."

Meanwhile, Chinese users, commenting on the information on the situation with Belarus, express obvious bewilderment. In particular, the following analogy is given: "It's the same as if the Canadian prime minister accused the United States of trying to destabilize the situation in Canada and arrested several citizens of the United States."

Ctrl Enter
Noticed oshЫbku Highlight text and press. Ctrl + Enter
We are
Reports from the militia of New Russia for 27-28 September 2014 of the yearYuri Drozdov: Russia prepared the role of the sacrificial calf
Military Reviewin Yandex News
Military Reviewin Google News
79 comments
Information
Dear reader, to leave comments on the publication, you must to register.