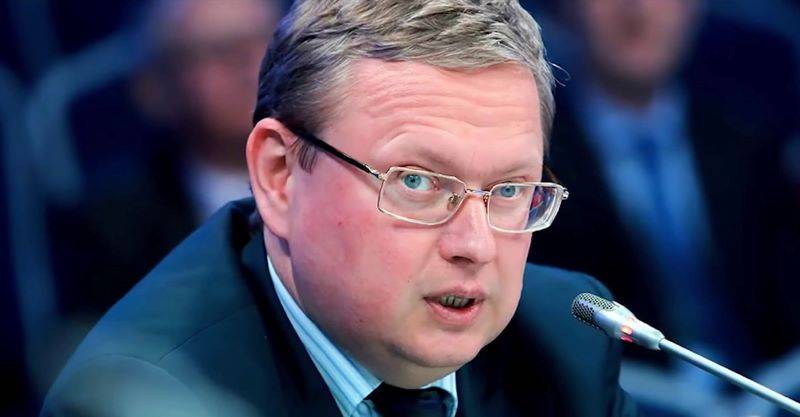 Few people today do not know Mikhail Delyagin, director of the Institute for Globalization Problems and also one of the duty critics of the government's economic bloc. In terms of the harshness of his assessments, he is noticeably inferior to Nikolai Platoshkin, and by definition he cannot be imprisoned like that.

Doctors of sciences and professors can hardly be called a supporter of the conspiracy theory or a "catastrophic" like Mikhail Khazin and Valentin Katasonov. They simply predict us both "black August" and the banking crisis in October. Doctor Delyagin also decided to start his August theses with a conversation about a catastrophe that is not coming, but has already happened. That is, not from the prognosis, but from the diagnosis.

However, the most catchy of Mikhail Delyagin's theses was put into the title by our colleagues from the Regnum.ru agency (“The catastrophe has already happened. But not everyone has noticed it yet ")... And he was immediately picked up by the omnivorous Yandex.Zen. However, a globalist, or rather, a convinced professional anti-globalist, chose the reason for such global conclusions clearly not the most suitable one.

Indeed, in this comment, he speaks almost exclusively of the denunciation of the notorious agreement with Cyprus on the avoidance of double taxation. It seemed that it could be more correct in the days of the crisis, as a real attempt to block the channel for withdrawing funds, perhaps the largest one?

Yes, the popular opposition economist recognized such a step as quite justified and did not even begin to dispute the fact that large amounts of capital were being transferred from Russia to Cyprus. Well, Mikhail Delyagin did not like, in his own words, only one thing: that the process of returning billions, which has been going on for many years, could be delayed. Also for years.

But what about the economic disaster? The professor said about it casually, in context, as if there was nothing unusual in this and, it seems, nothing terrible. Judge for yourself:

"Since we are now not experiencing an economic crisis, but an economic catastrophe (just not everyone notices it), the state decided to close the channel for withdrawing funds."
However, let's pay tribute to Delyagin. He talks and writes a lot about crises and how to get out of them. One of the first doctors of sciences began to write about the catastrophic consequences of the pandemic and the harsh measures taken allegedly to combat it.

Already in June, he identified the main budgetary problems, first of all, "a catastrophic contraction of federal budget revenues in May due to the destruction of the economy, arranged by the authorities under the guise of coronabesy" ( Budget disaster - the first fruit of the coronabesia).

At the same time, Delyagin did not offer, but literally demanded that the authorities abandon the policy of "budget stinginess". He pointed out that, "despite the reduction in budgetary reserves, they remain more than sufficient" to address the main tasks of fighting the crisis, and not just to balance the budget.

The economist was not only embarrassed, but outraged by the absence in budget reports of any data on the fall in GDP during the crisis months. He called this approach politically motivated, which was quite justified on the eve of the unforgettable day of July 1.

According to Delyagin, "the liberal accountants who have seized power are not able to perceive not only the tasks facing society and its real possibilities, but, it seems, the reality itself as such." Having noted this, the economist even then sadly admitted that he was driven into a stupor by the readiness of the authorities to give everyone a primitive signal: "Save yourself who can."

The grave consequences of the "heroic struggle" for the health of the nation have already begun, here you cannot argue with Deryagin either. Although not the most difficult ones yet. In his next commentary, the economist assessed the state of the Russian economy in such a way that, in short, it boils down to the formula: "The patient is rather dead."

Today, hardly anyone seriously expects that economic problems in Russia will resolve on their own. Despite some recovery after the removal of most senseless restrictions, almost all small and medium-sized businesses have minimal chances of rebirth.

Unless, of course, he will be given tax holidays. This, of course, threatens to further reduce budget revenues, but it seems that it will have to be saved in other ways. Including repatriation of funds from offshore, which so embarrassed Mikhail Delyagin, stopping the pumping of budget money to oligarchic structures, clearing non-payments and putting things in order in the currency sphere.

All this has already happened. It was in 1998 and 1999 after the default, which, by and large, is not entirely correct to call it that. After all, the government of Yevgeny Primakov and Yuri Maslyukov, together with the Central Bank and Viktor Gerashchenko (the "big three"), did not write off all Russia's debts at that time, but only closed the shop called the "pyramid of GKO and OFZ". 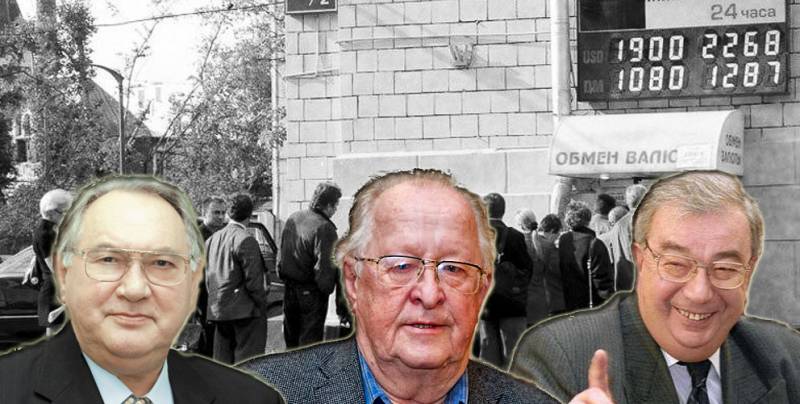 For those who have forgotten, recall: these are government short-term bonds and federal loan bonds. Let us follow in the footsteps of the Big Three, and then it will not be so scary that “half of the business that opened after the pandemic is the“ living dead ””. This is also a quote from Mikhail Delyagin, who is sure that all of them will not live to see the end of the year.

There is a diagnosis, recipes are needed

In the meantime, they are hiding something from us again. They fool around with dubious unemployment figures, declare some kind of unthinkable average salary for the outback, as much as 35 thousand rubles. And the Ministry of Finance stubbornly continues not to publish data on the fall in GDP. In the United States, they were not at all ashamed of the fact that things were going worse than during the Great Depression: a decline by almost a third, but we were ashamed of something.

As if we never had, and much worse. The 90s alone are worth what, not to mention the default and the ruble pits of 2008 and 2014. However, probably, the Ministry of Finance has simply forgotten how to count, and everything is bad with the basis for calculations. Too many simply do not want to report now.

The same Mikhail Delyagin is upset by the fact that almost no one has noticed the crisis that has already happened. But maybe this is good, and many citizens, with their faith in infallible power, will finally stop relying only on support from above?

But, by and large, all the crises that brought our economy to the position of a semi-colonial raw materials appendage of the West happened much earlier than the coronavirus one. And an experienced economist knows this very well, and has written and said about it many times.

Or Delyagin does not understand that it is not the large economy that is destroyed by the coronavirus, of which there is little left in Russia at all, but the economy that has grown literally on a vacant lot. And she grew up not because of, but in spite of. The economy of services and the economy of services - the state apparatus and oligarchic structures, which for many years have grown together with this apparatus stronger than the Siamese twins.

To the powers that be, and by no means only in Russia, this kind of economy clearly seemed too free. And let the author be accused of adherence to conspiracy theory. If COVID-19 hadn't existed, someone would definitely have to invent it.

Once upon a time, even during the unbroken Soviet Union, many people willingly wrote out market recipes to us: Gaidar, and Shmelev, and Bunich, and Travkin. They wrote it out from the pages of the Perestroika Ogonyok and thick magazines, and, of course, from TV screens. What recipes should replace the “iron hand of the market”, “shock therapy” and privatization? This is best known to professionals like Mikhail Delyagin.

Ctrl Enter
Noticed oshЫbku Highlight text and press. Ctrl + Enter
We are
Conspiracy theory, or "they" are to blame!Results of the week. “Excuse me, aren't you crazy?” - “No. I have a certificate "
Military Reviewin Yandex News
Military Reviewin Google News
173 comments
Information
Dear reader, to leave comments on the publication, you must sign in.