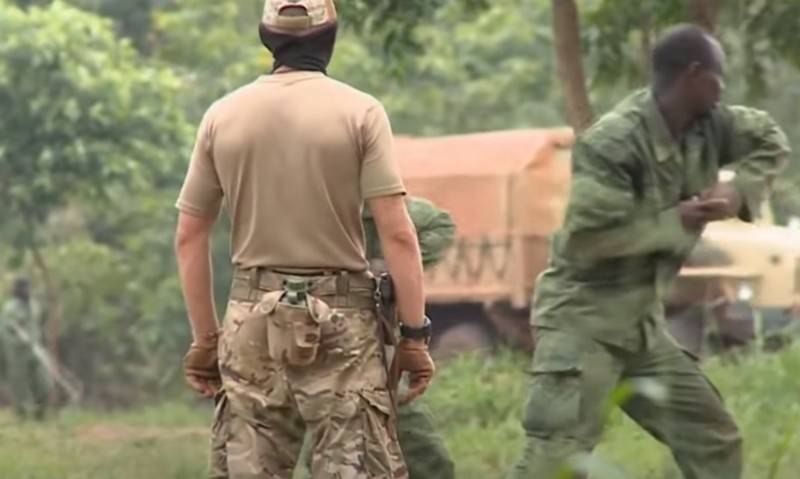 Russia can establish its military bases on the territory of six African states at any time. This is stated in a confidential document of the German Foreign Ministry, German media write.


The document of the German Foreign Ministry "exposes suspicious plans" of Russia on the African continent. It is reported to be dated last fall.

The drafters of the document claim that Russia "on a contractual basis guaranteed" the right to establish military bases in the following African states: CAR (Central African Republic), Egypt, Eritrea, Madagascar, Mozambique and Sudan.


At the same time, in many countries, it is not only the official army of Russia that is involved and participates in preparation for long-term deployment. First of all, the stake is placed on private armies, for example, the "Wagner Group"
- the document says.

Also, according to German analysts, Russia ranks first in arms deliveries to Africa (37,6%), followed by the United States with 16%, followed by France with 14% and China with 9%.

Some African nations perceive Russia "on an equal footing with the United States" - this is one of the main goals of the Putin regime striving for "the former greatness"
they add.
Ctrl Enter
Noticed oshЫbku Highlight text and press. Ctrl + Enter
We are
Reports from the militia of New Russia for 27-28 September 2014 of the yearYuri Drozdov: Russia prepared the role of the sacrificial calf
Military Reviewin Yandex News
Military Reviewin Google News
44 comments
Information
Dear reader, to leave comments on the publication, you must to register.