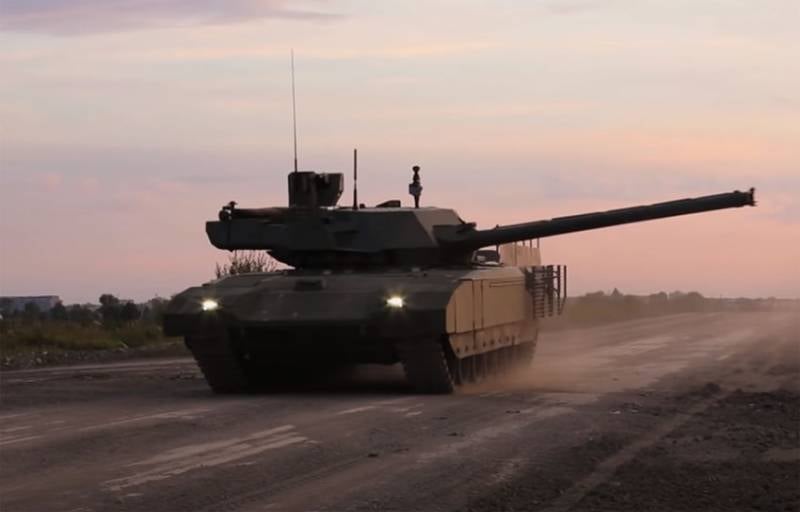 One of the important differences of the new generation armored vehicles is a modern active protection complex, which actually combines a system of reconnaissance of targets and sources of threat with a destruction system. As previously reported, on Russian tanks T-14 "Armata" is being installed by KAZ "Afganit".


It is based on a radio-optical radar with AFAR, similar to those used on the radars of the fifth generation Su-57 fighters - with the implemented low-temperature co-fired ceramic (LTCC) technology. This technology makes it possible to achieve high mechanical strength at a relatively low cost of use. In addition, the technology makes it possible to create radars with AFAR, which are resistant to sudden and significant temperature changes - the linear dimensions do not change, which, accordingly, prevents signal distortion.

According to some reports, the Afghanit complex is not just a classic KAZ. Its radar is also capable of acting as an element of onboard fire control equipment. Such multitasking and versatility has already been appreciated by foreign experts, who note that the Russian "Afghanit" has advantages over similar systems implemented on armored vehicles, for example, of German and American production. 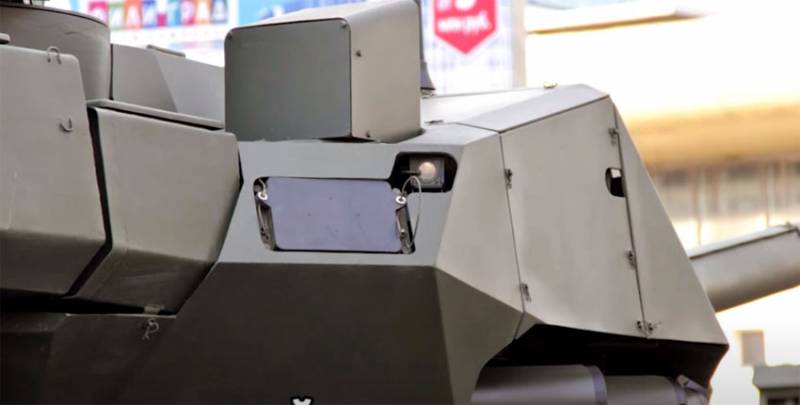 An important problem solved in the case of the use of "Afghanit" is the task of protecting the tank (BMP) from secondary fragments. We are talking about fragments that are formed when the KAZ ammunition interacts with a projectile (rocket, grenade) attacking an armored vehicle. For quite a long time, the active protection systems used could not protect the tank by 100 percent, since the resulting secondary fragments when the KAZ was triggered and the target hit in the form of an enemy projectile could damage, for example, optical means, tank antennas. The task was solved with the help of a new, more efficient, approach to overlapping KAZ projections of a new generation tank.

One of the tasks being solved today is the stable operation of the radars of the "Afganit" active protection complex when they get hit by water, dirt or dust. After all, it is one thing when it comes to the appearance of a small layer of moisture on equipment, and another thing when a layer of viscous soil has flown off.
By and large, the solutions already found would be sufficient, allowing the radar to work effectively in the S- and L-bands with a radio-transparent layer up to 25 mm and in the C-band from 15 mm. It is in the C-band that the influence of water, dust and dirt can play a negative role, therefore the choice of the operating frequency range of the radar is carried out, when using which even a noticeable layer of mud adhered during the performance of a combat mission does not paralyze the work of the Afghanit.

We can say that the KAZ "Afghanit" is highly effective against the American TOW and Javelin ATGMs. At the same time, earlier in the American press there was material that "Afghanit" was allegedly unable to protect the T-14 "Armata" tank from ATGMs attacking from above, as well as protection from attacks from ATGMs at a short distance. These statements, taking into account the improvement of the characteristics of KAZ radars and built-in dynamic protection systems, look like nothing more than an attempt to pass off what is desired in the United States for reality.
Ctrl Enter
Noticed oshЫbku Highlight text and press. Ctrl + Enter
We are
The United States began production of a new version of the Javelin F-Model ATGM (FGM-148F)Compact strike: American portable anti-tank weapons
Military Reviewin Yandex News
Military Reviewin Google News
199 comments
Information
Dear reader, to leave comments on the publication, you must to register.