Families of the military will be treated for free abroad

August 6 2012
2
The new government decree will allow relatives of servicemen abroad to receive free medical care along with other Russian citizens. 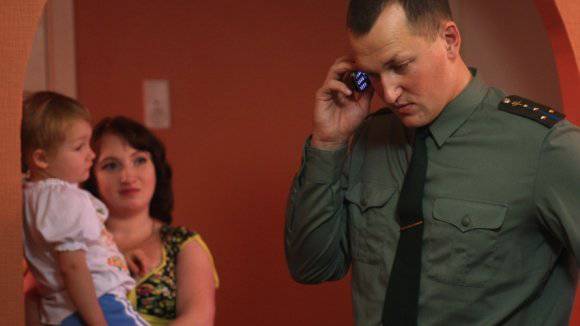 The Ministry of Defense has prepared a draft government decree on free medical care for family members of military personnel serving outside the country.

- With the adoption of the document, these categories of citizens will receive a standard set of medical services provided for by compulsory health insurance, which is determined by the 16 article of the 76 federal law “On the status of military personnel” and 323 law “On the principles of public health in the Russian Federation”, - explained the source "Izvestia". - Now these categories of citizens have the right to free treatment, but they are abroad, so we developed this draft resolution, according to which they will receive free medical care.

He explained that the Ministry of Defense will enter into contracts and pay for medical insurance for family members of contractors and civilian personnel with medical institutions in foreign countries where Russian troops are located.

At the same time, the mechanism that fixes the order in which payment will be made for servicing these citizens in foreign medical institutions has not yet been agreed with the Ministry of Health.

In the Ministry of Health, "Izvestia" could not explain how the initiative of the Ministry of Defense does not suit them, citing the relocation and the lack of specialists.

- We are now all moving, and the employee who oversees this issue is on sick leave. But, as far as I know, a meeting was recently held, at which all disputed issues were resolved, the representative of the Ministry of Health said.

Earlier, the Head of the Main Military Medical Directorate of the Ministry of Defense Alexander Vlasov said that more than 40 thousand Russian citizens, including civilian personnel, members of their families and members of contract soldiers, live and live in the territory of the deployment of military units of Russia service in these states.

- Mechanisms that allow to realize the rights of these categories to receive free medical care in medical institutions in the host countries are not yet available. And medical units in these military units cannot fully realize the right to receive medical aid, ”noted Vlasov, speaking in the State Duma.

According to him, the document should have been sent to the government at the end of July, but the law was detained by the Ministry of Health, which does not approve it. With the Ministry of Finance and the Ministry of Justice, whose coordination is also required, such problems did not arise.