Israel is reforming the Air Force MTR. Does Russia need such a reform? 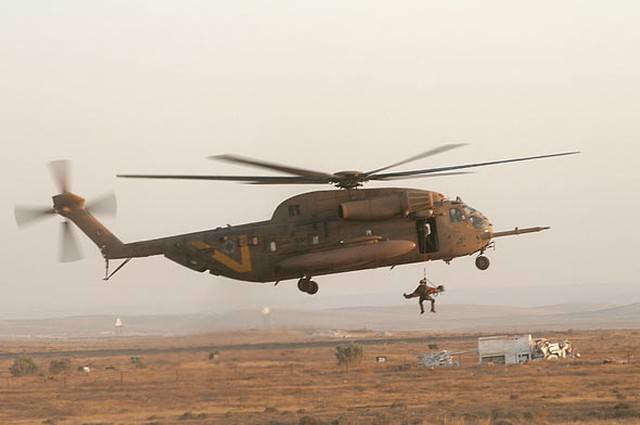 Have you ever noticed how deeply the thought is driven into our heads that our army is in some way inferior to foreign ones and we are simply obliged to copy what exists in the West? In foreign and some of our media, materials periodically appear about how good it is “overseas” and why we just need to urgently change everything and do the same. Moreover, such materials are thrown into the media, the main readers of which are ordinary people, often far from understanding military issues.


There are especially many "interesting materials" about those areas of the army's life that are little known to the general public. How many specialists appeared, for example, after the tragedy with "Losharik"! Moreover, those whose knowledge surpasses the knowledge of even the crews of these submarines! Any kindergartner knows about the practice of using MTR. And almost all of the commentators of such materials “served in the special forces”.

Recently, several well-known Russian publications published material about the reform of the Air Force special forces in the Israeli army. This is not an "ode" to Israel's special forces, but material for thought for our generals and military experts. A kind of call to create in our army also specialized MTRs for the types of troops. Well, how can our VKS in a modern situation operate without their own special operations forces?

True, I was stung in some places in these materials. Serious enough. For example, this:

"Especially considering the actions of the Russian Aerospace Forces in Syria and the losses they suffered there."
“Many pilots were lost, among other things, because of this (we are talking about the absence of special forces of the Aerospace Forces to rescue crews). Unfortunately, losses among the flight personnel in such conditions have occurred in modern times: in 2018 in Syria, pilot Roman Filipov died during a combat mission. "
"After that, the crew of the combat aircraft knew that it was not some abstract commander of special forces that was at war on the ground and was waiting for his help, but a specific Vasily or Sergei, with whom they had recently communicated."

It was decided that the KAAM would be reorganized into the Kanaf-7 aircraft wing under the command of the former head of the KAAM. The full name of the new unit: 7th Air Wing of the MTR of the IDF Air Force. Located at the Palmachim airbase. MTR will be completed by conscripts. By the way, this is presented by the authors of the material as one of the positive aspects. After all, cost savings.

Only in passing is it mentioned that conscripts serve in Israel for three years, and not one, as we do. And the training of specialists there lasts not three or four months, but twenty! The Israelis are great in this regard. In 2022, they plan to open a special school for training fighters. Can you imagine the capabilities of a training unit in which fighters are trained for a year and a half? And how long did our professional contract soldier serve on conscription?

The composition of the new wing is also interesting. Naturally, information about this was taken from open sources, and we remember how Israel maintains secrecy. In short, the new air wing unites all previously existing units of the ground forces of the Air Force MTR. Additionally, a reconnaissance unit with unclear tasks is being created.

Specifically, "Kanaf-7" will include the "Shaldag" detachment (main tasks: air guidance and reconnaissance), detachment 5700 (search, selection and preparation for operation of airfields, primarily field ones), the Air Force rescue and evacuation detachment, combat support helicopters and transport helicopters. In addition, the new structure may have its own agent network.

Why copy what was originally intended for a particular theater of operations?

OAIs are originally intended to operate in a certain theater of operations. And they act accordingly. The war in Syria has opened the eyes of many in Russia. People saw the methods of waging such a war, the attitude towards the civilian population, the importance of modern military equipment and weapons. But Israel lives in these conditions almost all the time. Maybe the devil-may-care attitude of the Israeli military to the civilian population comes from here.

Attentive readers have probably noticed that in the material I often call the special forces units units. Although the same aircraft wing "Kanaf-7" is commanded by a colonel. What is the reason? In the number of personnel. For example, Squad 5700 has less than 100 people. Slightly more - other units.

By the way, this is probably what ensures the high secrecy of the Israeli special forces units. The easiest way to hide is where there are many similar things. A small detachment among many others. And the results of the work can always be attributed to these, which are heard.

The question is natural: what is it that the Israelis can do and what we cannot? But nothing. Moreover, some of the developments of our special forces are used there quite actively. Why create structures that are deliberately inoperative in our conditions? It's one thing to fight the Arabs and have narrow professionals for just such a war. Another thing is to be ready to fight in different theaters, while having a narrow specialization (just as a specialization).

After reading the material, it became clear to me that the author had served or is serving in the Air Force. And the whole story about the new air wing was written in order to show readers the importance of rescuing the crews of planes and helicopters shot down over enemy territory. Even the example with Roman Filipov is cited precisely as a negative example of the work of rescuers. Now, if they were Israelis, then everything would be fine ...

Alas, even supermen are not gods. They do not possess the ability to teleport. Bullets do not bounce off them. And in a cinematic way, they cannot knock down a couple of hundred enemies in one line. Not all MTR operations end in victory. Simply because the foolish adversary is only found in Hollywood. Fools live little in war.

And in the situation with Roman Filipov, there was simply no chance of salvation.

Study, but take only the best

It is imperative to study a potential enemy, as well as a potential ally. Life is complicated. Events that turn everything upside down and vice versa happen all the time. Nobody knows where and with whom they will meet next time. And no one knows what this meeting will be like.

It seems to me that it's time to stop blindly worshiping everything foreign. How many times have our soldiers and officers proved to the world that we are the best. How many times has this very world seen that the Russian "do as I do" is stronger than the Western "do as I said"!

As for the creation of a special special forces for the Aerospace Forces, I consider this idea untenable. Without suspecting it, the author of the material about the Israeli MTR is pushing us towards the decision that the IDF is leaving: towards decentralization and dual power in the MTR. So, to the destruction of the structure.