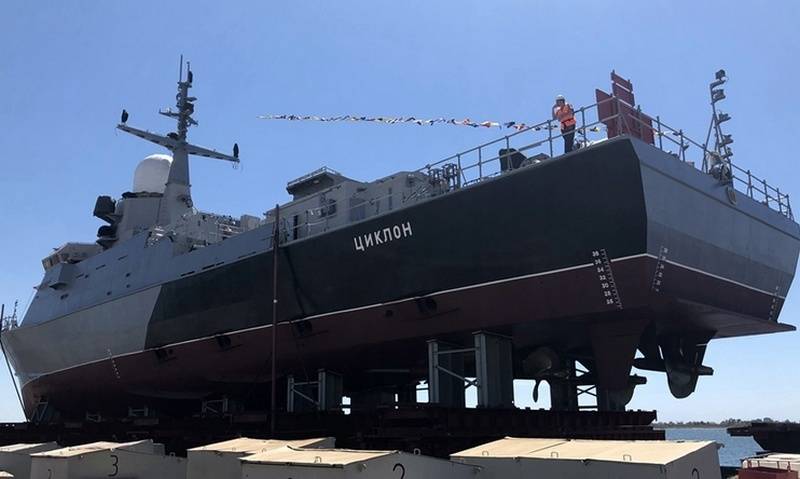 Another Project 22800 small missile ship has been launched in Crimea. As reported, the ceremony of launching the Cyclone MRK was held at the Zaliv shipyard in Kerch.


MRK "Cyclone" was laid down at Shipyard "Zaliv" in 2016. After launching the ship will be completed at the quay wall. It will be retrofitted with equipment and completed electrical work. According to the plans, at the end of the year, the Cyclone will go to Novorossiysk for sea and state tests, after which it will be transferred to the Russian Navy. RTOs will serve on the Black Sea navy as part of the 41st Guards Brigade of Black Sea Fleet missile ships.

According to the company, two more RTOs of project 22800 "Karakurt" will be built and launched in 2021 and 2022. We are talking about the mortgaged MRK "Askold" and "Amur". All RTOs will become part of the Black Sea Fleet.

One ship of the "Karakurt" project will be launched next year, another one in a year. The problem here is not in the factory, we get power plants through cooperation and they come in this sequence. Therefore, we rent the ships in this order
- said the head of the enterprise Igor Obrubov.