Reform in Ukrainian: the General Staff of the Armed Forces of Ukraine proposes to reduce the number of tanks in companies 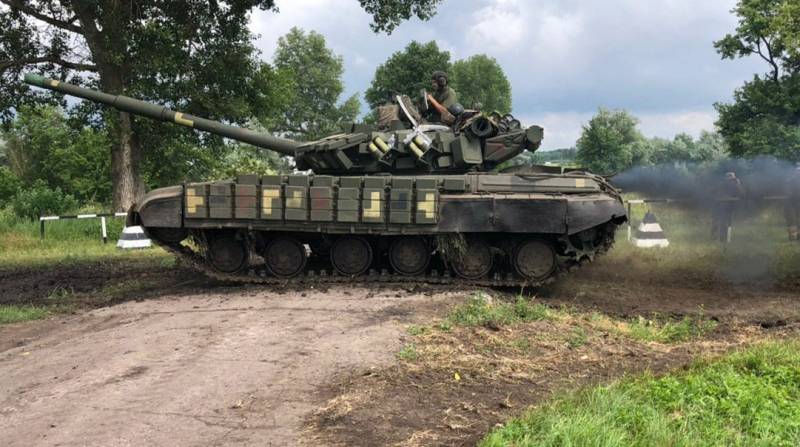 In Ukraine, they are thinking about how to bring the regular number of troops in line with the country's legislation. At the meeting, which was chaired by the Chief of the General Staff, Lieutenant-General Sergei Korneichuk on behalf of the commander-in-chief, it was decided to reform in stages.


The head of the General Staff of the Armed Forces of Ukraine spoke about this in an interview with the "ArmiaInform" publication, owned by the Ministry of Defense of Ukraine.

Korneichuk explained the idea of ​​reforming the military unit using the example of an artillery battery. In different armies of the world, they are equipped with four, six or eight guns. The APU has six-gun batteries. The calculation of each weapon consists of a staff of six people, but since there are not enough people, its number in practice is smaller.

Korneichuk suggested preserving two of the six guns and keeping four. Then their calculations will be completed in full. If necessary, the mothballed cannons are put back into operation, and their called-up reservists will serve them.

He suggested doing the same with tank divisions. He suggested the idea to reduce the number of tanks in companies from 10 to 8 or 9, and to mothball 1-2 tanks. Then the armored vehicles in combat units will not be idle due to the lack of crews.

These proposals were met with criticism in Ukraine, saying that they could "extremely negatively" affect the combat capability of the country's armed forces. The reduction in the number of tanks in a company, as noted, will not contribute to the gaining experience of young military personnel.

From the comments of experts in Russia:

This is a reform in Ukrainian: the word “mothball” as applied to tanks can be safely replaced by “steal and sell”. Something similar, unfortunately, took place in our country in the 90s.

Ctrl Enter
Noticed oshЫbku Highlight text and press. Ctrl + Enter
We are
Summary of the week from voenkor Mag about events in the DNI and LC 21.04.18 - 27.04.18Reports from the militia of New Russia for 2 September 2014 of the year
Military Reviewin Yandex News
Military Reviewin Google News
64 comments
Information
Dear reader, to leave comments on the publication, you must to register.