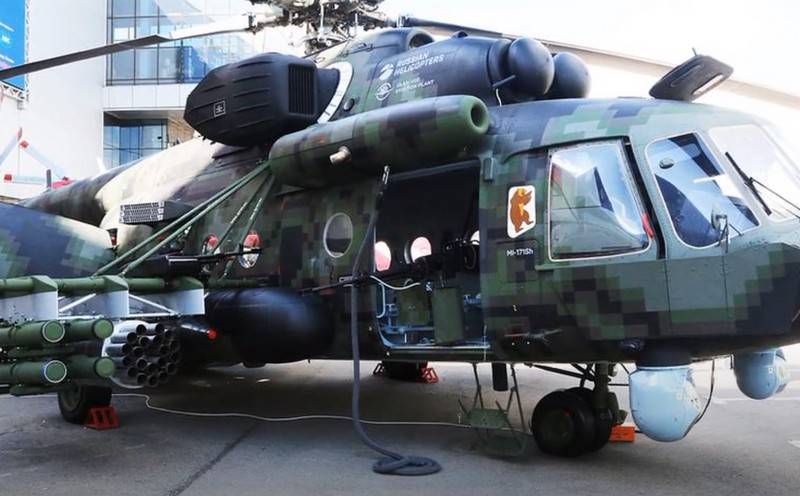 The newest transport and combat helicopter Mi-8AMTSh-VN entered the flight test stage. This was announced by Andrey Boginsky, General Director of the Russian Helicopters holding.

Active work is underway on the new locator in order to put it on the series by autumn
- he said.

In turn, the industrial director of the Rostec aviation cluster, Anatoly Serdyukov, said that the first stage of testing is planned to be completed in November this year, in the future two more Mi-8AMTSh-VN, which are currently being built, will join the tests.

Earlier it was reported that deliveries to the Russian military department of new Mi-8AMTSh-VN special-purpose helicopters are planned to begin in 2020, but there is also other information saying that the Ministry of Defense will receive the first batch in 2020-2021.

Mi-8AMTSH-VN is equipped with the LSZ-8VN defense complex, which automatically detects the launch of missiles by helicopter, interferes with their guidance heads and emits false thermal targets.

Ctrl Enter
Noticed oshЫbku Highlight text and press. Ctrl + Enter
We are
Reports from the militia of New Russia for 27-28 September 2014 of the yearNew sharp turns in the Oboronservis case: an agenda for Anatoly Serdyukov
Military Reviewin Yandex News
Military Reviewin Google News
39 comments
Information
Dear reader, to leave comments on the publication, you must sign in.