Chinese tanks against Indian: the advantages of PLA tanks in the mountains 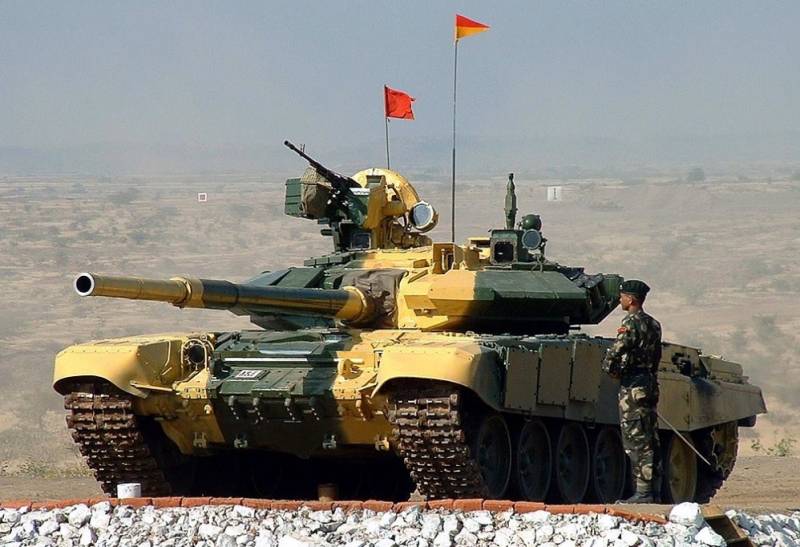 The recent clashes in the Galvan Valley between India and China have forced both Asian powers to put their armies on high alert. Indian and Chinese face to face in Ladakh mountains Tanks.

Mountain tank Type-15 as an important trump card of China

As you know, both China and India have always paid special attention to the development of the armored power of their ground forces. However, China, if we talk about the specific situation in the border regions, has certain advantages over India.

First, the PRC has managed to create a developed road infrastructure in mountainous areas adjacent to the borders with India, which greatly simplifies the issues of transferring tank units.

Second, China sent Type-15 tanks to the Indian border, which are more lightweight and more maneuverable than the Indian version of the T-90 Bhishma. 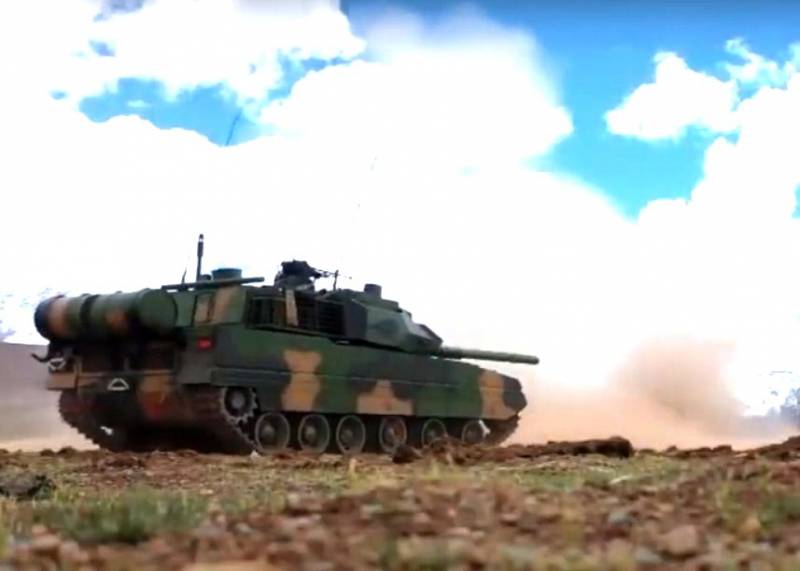 Type-15 proved itself well during exercises in the mountains of Tibet
It is no coincidence that the Chinese tank Type-15 is called a "mountaineering tank": it is positioned by the command of the People's Liberation Army of China as a "mountain tank" designed for military operations in mountainous areas. The engine power of the tank is 1000 hp, which, with a low weight of the tank of 33-36 tons, significantly increases its mobility and maneuverability. Thus, the Type-15 is able to cross a moat almost three meters wide, climb an 850-mm wall, drive a ford 1,1 m deep. The Type-15 is armed with a 105 mm rifled gun, which is a Chinese modification of the Royal Ordnance L7.

Lack of light tanks is a big problem in India

India has deployed heavy Bhishma tanks in the Ladakh border areas with China, which experts consider to be one of the deadliest tanks in the world. Currently, the Indian ground forces have at least 1000 Bhishma main battle tanks. These tanks, created on the basis of the Soviet T-90 main battle tank, have a powerful engine and good weapons. Thus, the main armament of the T-90 is a 125-mm 2A46M cannon with a removable insulating casing, in addition, the tank has a coaxial 7,62-mm PKT machine gun, a 12,7-mm NSVT anti-aircraft machine gun with a 1Ts29 remote control system. 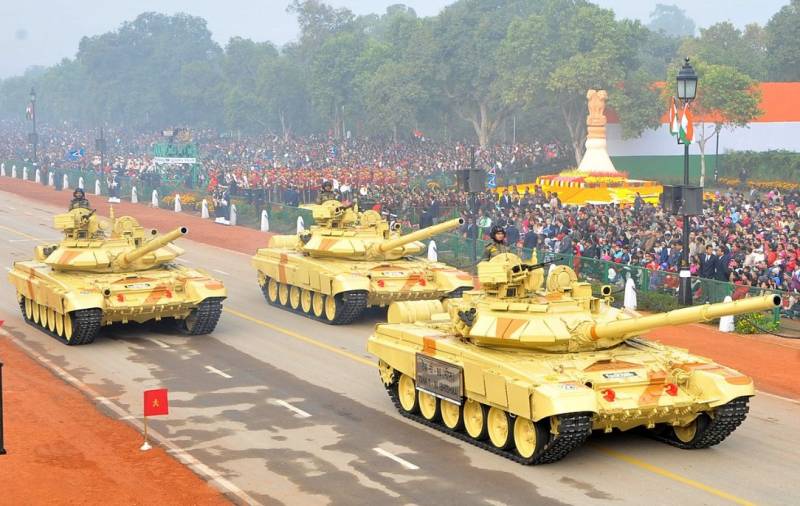 The Bhishma tanks look beautiful on the parade, but will they be as effective in the mountains?

However, unlike China, India does not have such a developed road infrastructure in mountainous areas. Tanks "Bhishma", which are much heavier than the Chinese Type-15, cannot move so fast, some parts of the territory in the mountains will be inaccessible to them. In addition, due to the temperature and air characteristics in the mountains, the T-90 "Bhishma" will also be much more difficult to operate than light Chinese tanks.

It is also worth noting that China previously actively tested the capabilities of the Type-15 in mountainous conditions, at the ranges of the Tibet Autonomous Region. Indian military experts believe that in the event of a large-scale conflict, the PRC will use Type-15 tanks in the northern directions, where the Indian troops will have practically nothing to oppose them. In the Ladakh mountains, Chinese mountain tanks will be a very big problem for Indian troops.

At the same time, it is possible that the confrontation in the Himalayas will lead India to decide on the development and production of its own light mountain tanks. It's even surprising why a country that has not just mountainous territories, but very problematic mountainous territories bordering on probable adversaries - China and Pakistan, has not yet bothered at a serious level with creating its own tanks for warfare in the mountains.

Interestingly, in the early 1990s, India even tried to create its own light tank for mountainous areas based on the Soviet BMP-2. However, then, in the mid-1990s, development on this combat vehicle ceased. They remembered the prospects of creating a domestic light tank in India only now, when problems emerged with the use of powerful Bhishma tanks in Ladakh.

This is how the Chinese Type-15 tanks fired in the mountains of Tibet:

Ctrl Enter
Noticed oshЫbku Highlight text and press. Ctrl + Enter
We are
About Stalin and KhrushchevRussia is unlikely to avoid China’s expansion in one form or another.
26 comments
Information
Dear reader, to leave comments on the publication, you must to register.