Another fire at the UDC of the US Navy: repairs of the USS "Kearsarge" are suspended in Norfolk 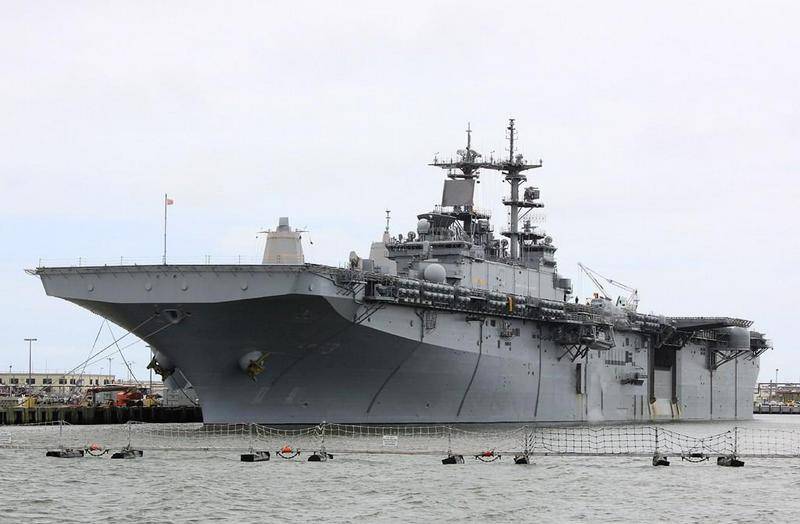 In the United States, repairs to the USS "Kearsarge" (LHD 3) multi-purpose landing ship were stopped after a minor fire on board. According to Defense News, the US Navy command demanded a detailed investigation of all the circumstances of the incident.


The US Navy has requested an immediate halt to repairs to the Wasp-class Kearsarge UDC at the General Dynamics shipyard in Norfolk following a fire that occurred during repairs on board. Although the resulting fire was minor and was quickly extinguished, the command of the American fleet intends to investigate all the circumstances of the incident, since a week ago, under similar circumstances, a similar UDC "Bonomme Richard" almost burned down.

The fire on board the Kearsarge UDC reportedly occurred during welding: a spark hit flammable materials that ignited. The staff quickly coped with the fire, the help of the fire brigades was not required. Nevertheless, repair work on the USS "Kearsarge", as well as all other ships at the General Dynamics shipyard in Norfolk, have been suspended indefinitely.

When work will be resumed at the UDC USS "Kearsarge" (LHD 3), which got up for repair at the end of 2019, is not reported.

Ctrl Enter
Noticed oshЫbku Highlight text and press. Ctrl + Enter
We are
Media: For half a month there was a second emergency with a submarine in the Northern FleetYuri Drozdov: Russia prepared the role of the sacrificial calf
Military Reviewin Yandex News
Military Reviewin Google News
68 comments
Information
Dear reader, to leave comments on the publication, you must to register.