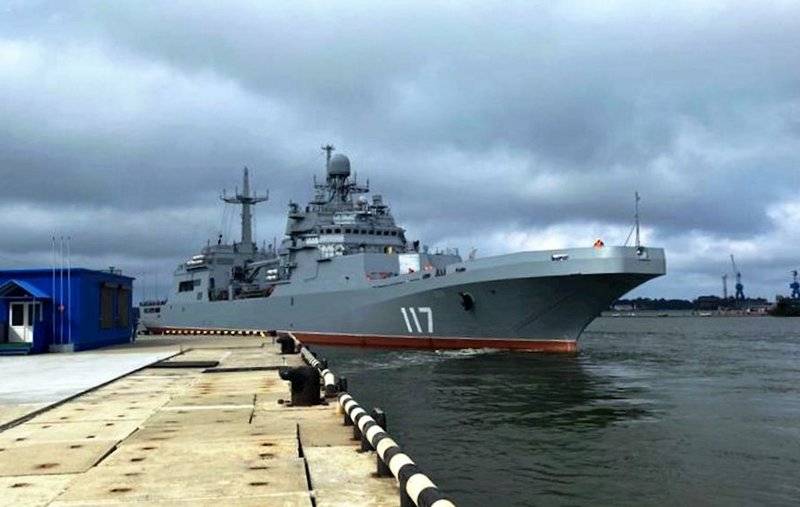 The first serial BDK project 11711 "Pyotr Morgunov" will be released for state tests after the Day of the Naval fleet. This was reported by the press service of the Yantar Shipyard, which built the ship.


As reported, the large landing craft "Petr Morgunov" began the transition from Baltiysk to Kronstadt to participate in the Main Naval Parade, which will be held on July 26 in honor of the Day of the Russian Navy. At the same time, it is noted that the BDK has not yet completed the test program, therefore, after the Navy Day, the delivery team and the ship's crew will begin state tests. There is no information on the timing of the completion of state tests and the transfer of the ship to the fleet.

On July 10, the BDK entered the final stage of factory sea trials. They were supposed to end by the middle of this month. The ship is being tested intermittently for finishing work, so it is too early to talk about the timing of the ship's transfer to the fleet. All previously announced plans for passing tests have significantly shifted to the right.