The death of flight MN-17: the tragedy is six years old, and the truth is farther 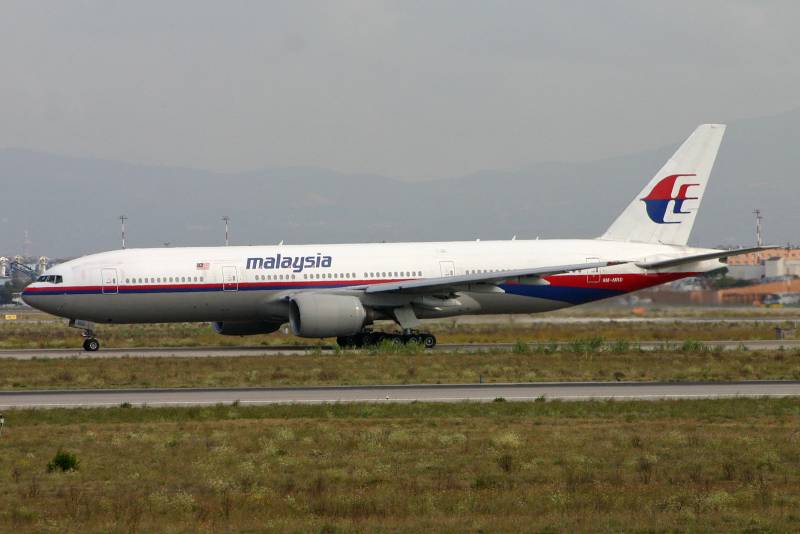 Today marks exactly six years since that terrible day when a catastrophe occurred in the skies over Donbass, which claimed the lives of 298 people, 15 of whom were crew members of the Boeing 777-200ER, which belonged to Malaysia Airlines and flew MH17 from Amsterdam to Kuala Lumpur, and the rest are his passengers.


The only thing that with great regret can be stated at the present moment is that, despite the huge resonance around this tragic incident, there are numerous judges, prosecutors, investigators, public and private detectives, as well as self-proclaimed whistleblowers to establish the truth about his perpetrators and reasons. , did not come even a step closer. Moreover, the further, the clearer it becomes: this is unlikely to be expected.

The death of the liner, which initially became, if not an instrument, then the subject of political intrigues of the most disgusting kind, is used to build one of the most horrific slanderous slander against Russia in the whole history her existence. The notorious collective West, which a priori declared our country and the militias of the Donbass republics to be the culprits of what happened, stubbornly ignores both the numerous evidences of the non-involvement of the accused in the actions incriminated to them, and the evidence directly pointing to other suspects.

The reasons and motives that could induce Russia to commit such a horrific act or to participate in it cannot be named within the framework of the most elementary logic and common sense. Nevertheless, even these moments are ignored by the prosecutors, who are in captivity of the “versions” dictated by him, whose main goal is the ultimate demonization of our country in the eyes of the whole world. The freshest proof of this is the lawsuit filed against Russia in the European Court of Human Rights by the Dutch government, stubbornly upholding absolutely groundless accusations, sounding almost from the first minutes after the tragedy.

In accordance with them, the plane was shot down by a Buk air defense missile system, which was part of the 53rd Air Defense Brigade of the Russian Armed Forces. Also, former DPR Defense Minister Igor Girkin (Strelkov), former DPR military intelligence chief Sergei Dubinsky, his deputy Oleg Pulatov and Ukrainian citizen Leonid Kharchenko, who also served in this structure, are named as direct perpetrators of the disaster.

As far as I know, the reason for such drastic actions by the Netherlands, which the Russian Ministry of Foreign Affairs has already called the “next blow to interstate relations”, was very timely “evidence” in the MH-17 case - audio recordings of telephone conversations of certain individuals (supposedly Donbass militias), discussing the "launch of a Russian missile that led to the death of the aircraft", announced by prosecutors from The Hague almost as the "queen of evidence." It should be noted that this record did not arouse the slightest confidence not only among the lawyers of the accused, but also among the experts familiar with it.

According to them, the conversation that supposedly took place on the day the liner died is more like reading a text by actors, and unprofessional, even without really learning the replicas that they put in the script. There are also signs of editing the audio material, which seems to have mercilessly cut and glued, collecting from the disparate "pieces" the text needed by the initiators of this provocation. However, doubtful evidence clearly sewn with white thread turned out to be quite sufficient for the high representative of the European Union for international affairs and security policy Josep Borrell, who made a statement on the anniversary of the death of the flight, in which he demands that Russia unconditionally “admit its guilt” in what happened and “completely contribute to justice efforts. ”

What kind of justice can we talk about in this case, if such accusations are brought forward when even that obviously biased and far from righteous trial, which is now underway in The Hague, is not only not completed, but not even really begun! According to experts, the proceedings in this case may take years, but they are already shouting about the “culprits”. That is why we can say with full confidence: all the participants in this process are concerned not in any way with the search for the truth, but solely with the creation of more and more new reasons for attacks on Russia. Its representatives categorically refuse to include in the investigation team, the evidence provided by the Russian side is not considered or is declared “unreliable”. But any inventions of Ukraine or the United States are immediately accepted with a bang.

Neither futile lawsuits in the ECHR, nor unsubstantiated accusations and far-fetched claims on the part of regular European bureaucrats are, of course, a tragedy for Russia. Bitterness and pain are caused only by the outrageous cynicism with which the tragic death of almost three hundred people from a reason for grief turns into a way to cause as much damage to the reputation of our country as possible.

Ctrl Enter
Noticed oshЫbku Highlight text and press. Ctrl + Enter
We are
Who shot down the Malaysian Boeing?What you didn't want to know about England
Military Reviewin Yandex News
Military Reviewin Google News
123 comments
Information
Dear reader, to leave comments on the publication, you must to register.