"Poisoning in Salisbury": how not to make films about spies 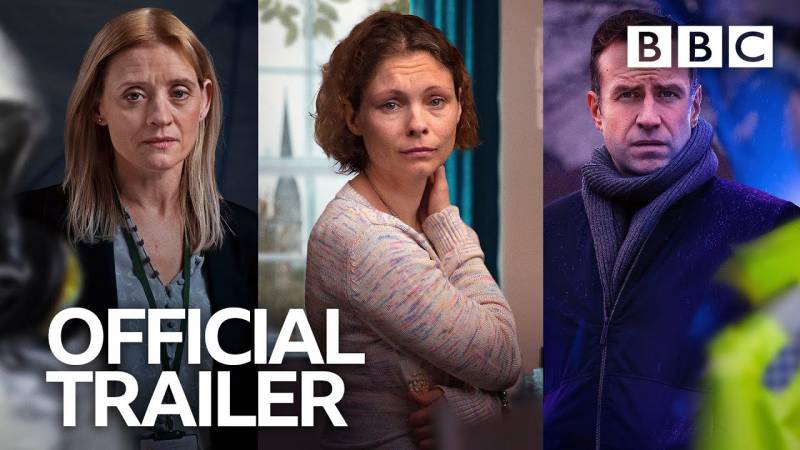 The film came out as sour as the faces of the actors on the poster.

COVID-19 and the Newbie

The three-hour, three-part pseudo-documentary film “The Salberi Poisoning” from the BBC promised us to finally reveal all the secrets of the attempt on the Skripals. But, as it turned out, the British showed only the life of ordinary residents of the town during the "unprecedented chemical attack", as the film says.

Western documentary, with rare exceptions, is hard enough for ordinary Russians to perceive. First, the strange style of storytelling, fixated on the endless repetition of individual theses. It seems that at school, foreigners were not taught to quickly perceive information, and the director has to constantly chew on scientific and historical facts. Secondly, the emotional overload of the content: half of the content of most films can be safely cut. It cannot be said that domestic documentaries are close to ideal, but at least the facts and events in them are “packed” much denser. During the filming of the film, the British from the Air Force managed to get away from numerous interviews with eyewitnesses of the events, otherwise it would hardly have been possible for anyone to watch this “panopticon” to the end. “Salisbury Poisoning” was created on the basis of eyewitness accounts, whose roles are played by good British actors. Actually, the acting is the only virtue of the series. 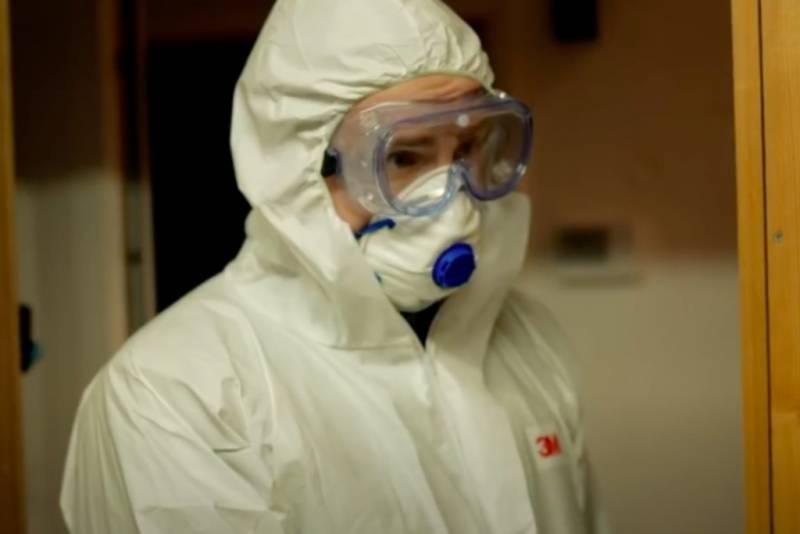 Still from the film. Source: lenta.ru
In order to fill a three-hour movie about the Skipal poisoning with content, it was necessary to frankly play for time, and the British did it well. Constant lyrical digressions, straightforwardly showing the importance of family relations, crying children, crying adults ... In the best traditions of Western cinema, the "Poisoning" brings together the inertia of the British bureaucracy and outbreaks of civil protest. At the same time, in fairness, it would be worthwhile to devote the audience to the intricacies of Sergei Skripal's career. For example, about 20 thousand top secret documents that he "leaked" MI-6 and which cost the British taxpayers only 100 thousand dollars. Or that the domestic special services still put him on a par with the traitor Penkovsky in terms of the scale of damage. It would be useful for the audience to remind the way of recruiting Skipal by the British special services. True, this would raise the film's age rating. Instead, the traitor appears in “Poisoning” as a person capable of friendships. At least, so says his neighbor. If I don’t know his biography, I would like to sympathize with the violin.

In the film, the British create an atmosphere of universal catastrophe. A chemical attack fell on the city. Of course, this story shook up the residents of Salisbury, but now the movie about it looks naive, to say the least. No luck to the authors of the series - the world at the time of the premiere was flooded with a much larger pandemic disaster. The corpses were recently taken out of Bergamo by military trucks, and in Poisoning they are trying to escalate the atmosphere with a walking British army in the city. Too small turned suspense, to be honest. Life outside the window shows a much darker picture than the experiences of the "poisoned" English. The series will be interesting, perhaps, only to the residents of Salisbury itself.

"Putin will get me"

A few questions for the screenwriters of the series. Why do we need to know how medic Tracey Dashkevich creates a WhatsApp group for Skripal's neighbors? Or why should the viewer know that the wife of police officer Nick Bailey, who suffered from nerve poison, is a very caring cat lady? It seems that the authors simply did not have enough factual material to simply and clearly explain the situation with the Skripals. But on the blow out of tears and righteous anger against the "beast from the east" there were enough resources and directorial cliches. At the same time, the "Russian trace" in the series is seen very pale. At first, everyone begins to guess when Skripal's past emerges, then the chemists from Porton Down confirm the guesses. The military technopark, located near Salisbury, makes it possible to quickly and accurately identify the notorious "Novichok" in the toxin. It is noteworthy that no one in the entire film ever suggested that this whole story could be a simple provocation. No one. All at once pointed a finger at Russia. The point in the cause of Skripal's poisoning was set by the spy’s neighbor, a former submariner, who unequivocally states at the interrogation: “Putin will get me.” So the former intelligence officer opened up with his friend the day before the assassination attempt. Naturally, the video sequence is accompanied by funeral music with the subtext “everything is gone”. But Skripal’s neighbor is not finished yet. In his testimony, taken from his home, he mentions a woman and a man who allegedly followed the spy and his daughter on the way from the airport to Salisbury. As the publicist Yevgeny Belash rightly said, what about our "tourists" Petrov and Bashirov? The British did not read their own version of events? 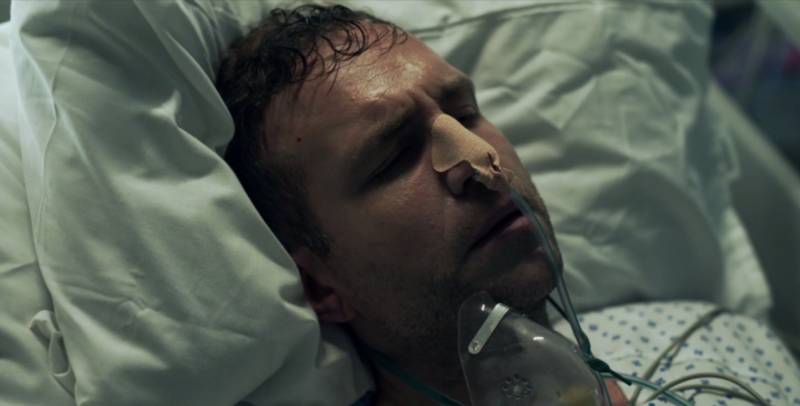 Nick Bailey is holding on to his last strength. Still from the film.
In addition to many questions, the film is not devoid of a number of frank blunders. One of the first to appear is Skripal himself in a military uniform of a Russian officer in a photo in a frame at home. Indeed, it’s time for a traitor who has served five years in Russia to nostalgic about his past in a hated country! And another funny story with policeman Nick Bailey, who managed to grab a dose of poison in the Skripals' house. So here he is, a native Briton - attention! - Pours milk into a cup first, and then tea! It hurts the eyes even of a Russian, not to mention the British. The aforementioned Belash attributes everything to the scriptwriters' mistakes, but perhaps this behavior is just a consequence of the poisoning. Bailey could not think soberly then. If so, then there is a subtle professional scenario with a claim to a film award, we pay tribute. Bailey, by the way, will die in the film in two episodes in a row, simultaneously tearing away the nerves of his loved ones, wearying the viewer, and eventually resurrecting.

The most important line of the epic about the unfortunate Skripals and the inhabitants of Salisbury was the local chief of health, Tracey Dashkevich. She plays the role of the real and only guardian angel of British citizens in the film. Everyone else, it seems, does not care about their fate. But Dashkevich is going too far. First, she is scared by the chemist Porton Down, who is so demonized by Novice that Tracy is ready to quarantine half a city. Then it turns out that the wastewater can be contaminated. If the dose of the conditional "Novice" was not enough to kill the Skripals, then does Dashkevich seriously believe that the remnants will destroy the inhabitants of Salisbury? Now, fragments of the coronavirus gene material are also found in the wastewater of European capitals, but no one is sounding the alarm. In general, the Air Force simply once again copied a common Western cliche that the lives of citizens for the country are the most important. But even here, all of Dashkevich’s efforts were in vain: after a few months, the remnants of the poison still kill one of Salisbury’s residents. The director diligently for three episodes deduced for the audience the ambiguity of the personality of this unfortunate alcoholic. Her love, aspirations, relationships and touching feelings for her daughter. However, it turned out cheaply.

The muddy and boring three-hour film, however, diluted one notable episode. Chemists from Porton Down took samples from Skripal’s apartment and found 15 traces of neuroparalytic poison: dishes, switches, and so on. But Dashkevich half a series puzzled over the source of infection. And then the local constables are watching the video from the first inspection of the apartment (where policeman Bailey caught the poison), while skipping the footage in the opposite direction. As it turned out, during the examination, Bailey felt almost all objects with traces of poison. But the first place his hand touched was the doorknob. Bingo! Now the whole door is packed in a bag and straight to Porton Down. Judging by the script, this episode also confirms Russia's guilt. 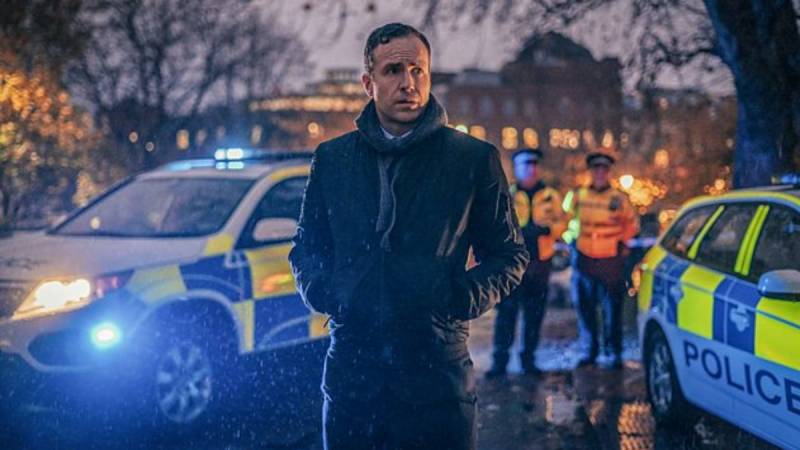 Source: profil.ru
The Salisbury Poisoning certainly deserves a place in the sun. This is an example of strictly one-sided lighting of a very resonant event. Something like making a historical film about the attack on Pearl Harbor, telling the story of a local fisherman, who was scared away by the Japanese. For more than two years, the British have been feeding the whole world with Russia's guilt in this incident, but they have not provided direct evidence. Indirect only. The authors of the series did not want to create a first-class spy thriller in which it was possible to describe several versions of events at once. It turned out to be a sterile drama on duty with a loud title. Not recommended for viewing.

Ctrl Enter
Noticed oshЫbku Highlight text and press. Ctrl + Enter
We are
About Stalin and KhrushchevWhat you didn't want to know about England
Military Reviewin Yandex News
Military Reviewin Google News
30 comments
Information
Dear reader, to leave comments on the publication, you must to register.