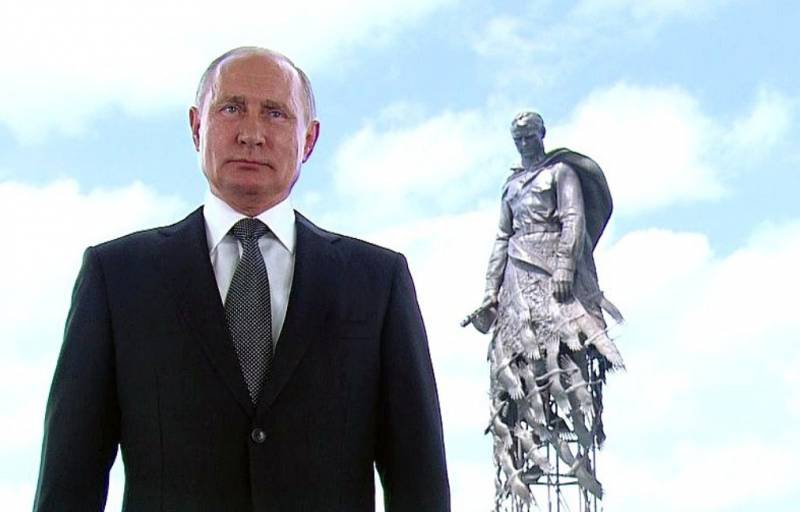 An article by Russian President Vladimir Putin on the causes of World War II still haunts the Western press. Indeed, in his article, the head of the Russian state recalled very uncomfortable and unpleasant moments for the West, including the United States. Inconvenient facts have to be commented on in the press of Poland, Germany, the USA, and the Baltic republics.

Putin's article: the West is to blame for the war

In his article, Putin criticized the system of inter-war diplomacy based on the dominance of the victorious Western powers in international politics, primarily Britain and France. Although the very idea of ​​collective security and the creation of the League of Nations were progressive, in practice the West ignored the calls of the Soviet Union to sign pacts on Eastern Europe and the Pacific.

According to Putin, the League of Nations ignored the aggressive actions of Italy against Ethiopia, Japan against China, the civil war in Spain, the Anschluss of Austria and, finally, the Munich agreement, which resulted in the partition of Czechoslovakia.

It is worth noting here that история The Munich conspiracy is a painful topic for the West, as it perfectly shows who and how actually set the stage for Nazi aggression in Eastern Europe. Western powers, without a twinge of conscience, gave Hitler little Czechoslovakia to eat, and Poland also actively participated in the division of Czechoslovakia, which a year later itself became a victim of Nazi Germany’s aggression and is now trying to present itself as the most affected country in World War II. Meanwhile, the Western powers in 1938 had every opportunity to stop the division of Czechoslovakia, especially if they acted together with the USSR.

Hitlerite Germany did not yet have the resources to start a war on two fronts at once. But for the West at that time, it was a much more important task to direct Hitler east, against the Soviet Union, and for such a purpose the UK and France were ready to sacrifice "Czechoslovak democracy", Austria and anything else. Of course, it’s very inconvenient to talk about such behavior right now, because many questions immediately arise for Western countries, as well as for Poland, which at the beginning of World War II blames not only Germany, but also the Soviet Union. 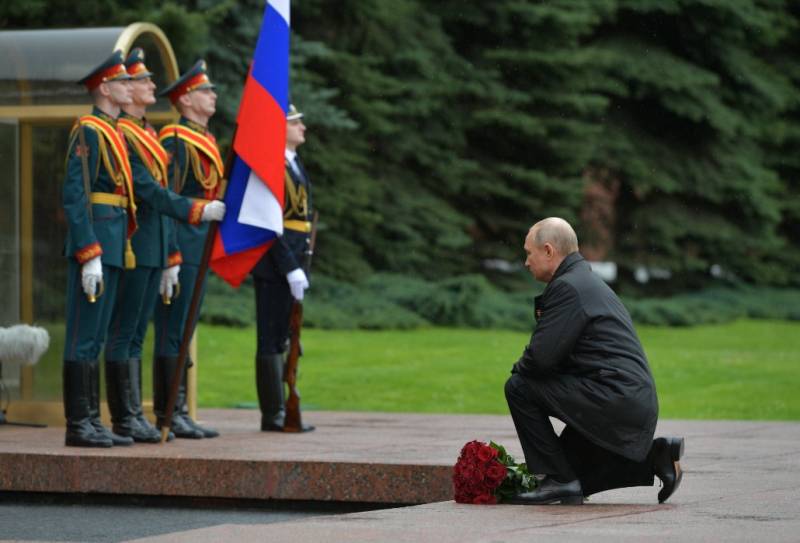 If you think about it, then Vladimir Putin is absolutely right when he dwells on the role of the West itself in provoking the Second World War. The discourse on revising the outcome of the war in the West is popular precisely because the Western powers want to relinquish the moral responsibility that lies with them after the Munich agreement and present an “alternative”, but really just false history of events 80 years ago, in which Stalinism is identified with Hitlerism, and between the USSR and Germany put an equal sign.

After such "dehumanization" of the Soviet Union, Russia ceases to be regarded as a state that has "exclusive rights" to defeat Germany. Accordingly, the only and genuine winner of fascism begins to be considered only the Western world, which includes, as if in a mockery of common sense, even those countries that assisted Hitler.

It looks especially funny when Poland invites representatives of Germany to celebrations, and does not invite the Russian side, and no one in the West is surprised at such a strange choice: for Washington, London, Brussels, the main thing is current political interests, for the sake of which you can not only distort individual facts , but also completely rewrite the history of the twentieth century.

Ctrl Enter
Noticed oshЫbku Highlight text and press. Ctrl + Enter
We are
Military reform as an integral part of the security concept of the Russian Federation: Systematic dynamic assessmentDenis Davydov: In the struggle for Internet sovereignty, Russia won
Military Reviewin Yandex News
Military Reviewin Google News
113 comments
Information
Dear reader, to leave comments on the publication, you must sign in.