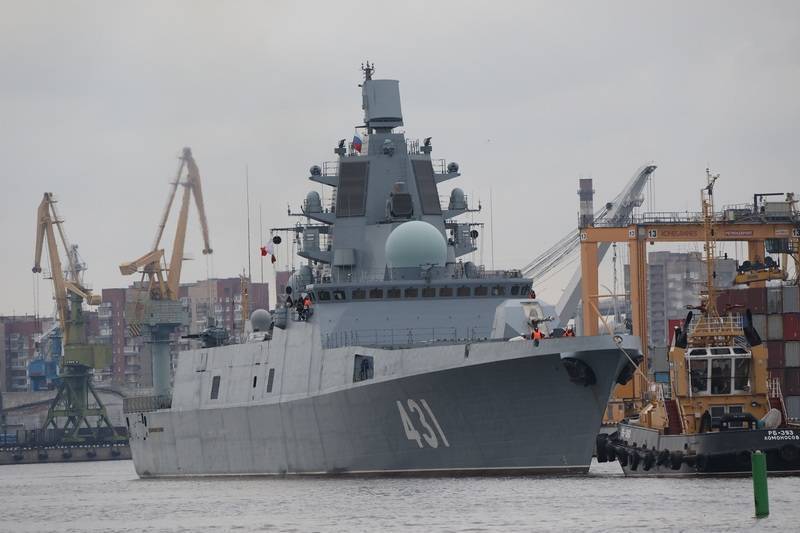 The first serial frigate of project 22350 Admiral fleet Kasatonov "transferred to the Navy, the acceptance certificate for the ship was signed at the shipyard" Severnaya Verf ".


Admission certificate of the frigate Admiral Kasatonov was signed at the Northern Shipyard. The document was signed by Viktor Ivanov, chairman of the State Acceptance Commission, and Denis Tsvetkov, responsible deliverer. After approval of the acceptance act by the commander-in-chief of the Navy, the frigate will be ready to raise the St. Andrew’s flag.

As specified in the press service of the Severnaya Verf, after the state tests the frigate arrived at the enterprise, where preparatory work was carried out before signing the acceptance certificate on the ship. Shipyard specialists performed docking, conducted an audit, painting the premises, checked the operation of general ship systems, mechanisms and devices.

The ceremony of raising the St. Andrew’s flag on the frigate is scheduled for July 21 this year. This day will be the 110th anniversary of the birth of Fleet Admiral Kasatonov Vladimir Afanasevich, in whose honor the frigate is named.

Ctrl Enter
Noticed a mistake Highlight text and press. Ctrl + Enter
We are
The timing of the transfer to the fleet of the frigate of project 22350 Admiral Kasatonov became knownSevernaya Verf Shipyard will launch the third serial corvette of the 20380 Stable project in May
61 comment
Information
Dear reader, to leave comments on the publication, you must to register.