Denomination: the pros and cons. Why can not categorically reject other people's ideas 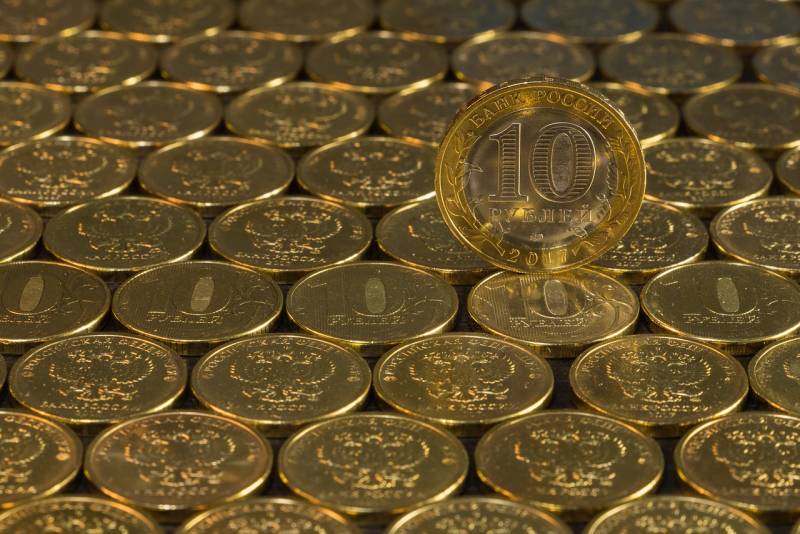 In recent days, there have been talks (even at the level of benches at the entrances) about the imminent denomination of the ruble. The know-it-all brownies are discussing with might and main how it will be and what it can lead to. Moreover, the number of "facts" known only to them grows with the speed of a courier train. To a simple question, where do the fireballs come from, where does this information come from, there is a quite reasonable answer: read the Internet.


Indeed, such an idea was thrown into the information space a few days ago. And it looks very enticing, especially for the generation of veterans. Those who remember Soviet times. We remove two zeros and get ... the Soviet dollar exchange rate. Those "proud" 70 kopecks per dollar!

On the one hand, nothing extraordinary happened. Everyone is entitled to their own opinion. Moreover, he is not an outsider, an economist and a well-known analyst among specialists, Alexander Razuvaev. And the goals of the denomination he declares are quite reasonable. Eliminate "excess cash" and reduce government spending on money production.

On the other hand? On the other hand, we have memory. Yes, it is the memory of those who survived the denomination in the nineties. For these people, denomination is not just a renaming, but this is how this beautiful word is translated from Latin, it is a rise in the price of new goods, a rounding up of the cost of goods, the price of which did not end with zeros ... And there is no positive effect on the life of ordinary people from such a renaming It was.

What can be if the idea is supported

From the experience of the past denomination, it is safe to say that there will be less good than bad. Let's remember what happened and think about whether this situation will happen again today.

So let's start with the prices of goods. According to the idea of ​​the then leadership, they were supposed to fall exactly 1000 times. But what happened in reality? Prices have even gone up. In the new numbers, it didn’t look so obvious, but it grew! Both new products and old ones. For those "not zeros" of the old prices. And then they began to grow by a ruble or two constantly.

But even this was not the main negative phenomenon of that time. Frightened people, who were deceived many times, saw that their deposits in banks were devalued. Further - quiet panic. Deposits were withdrawn from accounts, accounts were closed. And the money was spent on the purchase of some things. The people acted according to the principle "money is paper, and a thing is always a thing." And this gave rise to problems for a large number of banks, right up to the closure. And then there was a default ...

A large amount of cash in the population? What nonsense? We live in the 21st century. Tell me who and when was the last time you saw someone make a serious cash purchase? The country has long switched to non-cash payments. Today any citizen of the Russian Federation has a card.

Will the denomination solve any economic problems? Even me, an outsider, understands that she will not solve any problems. The only thing that comes to mind is probing public opinion on the very idea of ​​denomination. How will the people react ...

But even here there are doubts. The economic situation today is not the brightest for most people. No matter how hard the state tries to smooth out the rough edges associated with the pandemic, any Russian family today has money problems. Why should the state exacerbate these problems? You can wait a while for the situation to stabilize again, and then it is painless to carry out the denomination.

True, there is one thought that I sometimes come across in the statements of economists. The thought is as old as the world. I'm talking about the oil and gas needle, on which we are still sitting. 60% of foreign exchange earnings in the Russian Federation last year we received precisely from the export of oil, gas and oil products. Moreover, which is again important, half of the money came to us from Europe.

It is easy to imagine what will happen to our ruble if this market for some reason collapses or the demand for hydrocarbons decreases. And the prerequisites for this already exist. The EU is actively looking for options to replace oil with other (more environmentally friendly) energy sources. But even then it is not clear what the denomination has to do with it. In case of loss of the European market, we can talk about the devaluation of the ruble.

In short, I have no exact answer to the situation. Perhaps the author of the idea himself will express his opinion on this matter.

The reaction of the Central Bank of Russia is predictable

“We have everything in order with denominations and with a number of banknotes. There is no reason to change anything here. People can always use cash, their own funds in banks. We are not considering any restrictions, we are not planning any changes. "
This statement was made two days ago in the Federation Council. Which gives us reason to believe the words of our chief banker. Moreover, the chairman of the Central Bank spoke not only about denomination, but about monetary reform in general.

And it is not worth blaming specialists in various fields of any intrigues against the people. It's just that experts look a little further than others and see a little more than others. Therefore, they offer options for salvation from the coming adversity today. These are the right or wrong options, experts will again decide. In the coming months, if not years, the world will face tough times. Breaking the old and building a new home for humanity is a painful process.

That is why I will not make categorical conclusions, categorical statements. What looks somewhat exotic today may be the only correct decision tomorrow. What is relevant today will tomorrow become an infinitely outdated brake on development. So we will monitor the situation. Our strategic task is the same: to restore the economic, military and political power of the country. This is the main thing ...