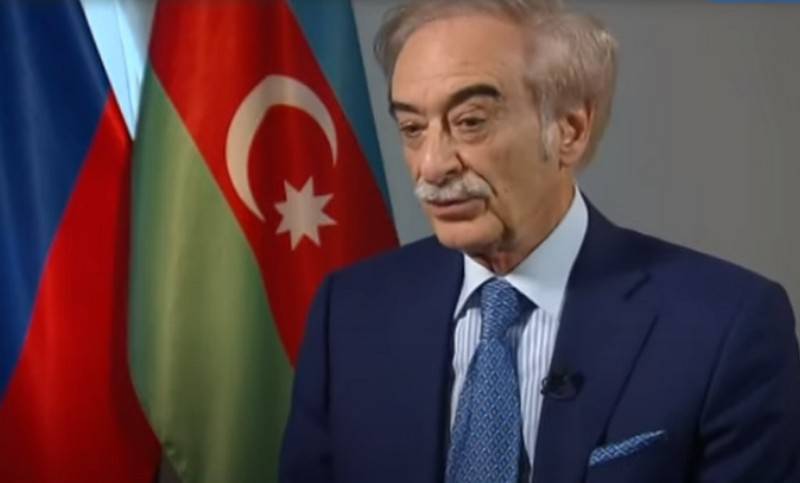 Azerbaijan does not exclude the escalation of the conflict on the Armenian-Azerbaijani border into full-scale hostilities. This was announced by the Ambassador of the Republic in Russia Polad Bulbul-oglu, reports "Moscow Says".


According to the ambassador, Azerbaijan intends to achieve the return of Nagorno-Karabakh, so the armed conflict could escalate into full-scale hostilities. He emphasized that peace talks have not yielded any results for a long time, and only a military solution to the conflict remains.

The ambassador noted that while "the territory of Azerbaijan is" occupied, armed conflicts on the border are inevitable. All attempts by the "big countries" to freeze the conflict do not lead to anything.

As long as Azerbaijani territory is occupied, such incidents are inevitable. (...) Unfortunately, large countries, our neighbors, are trying to freeze this conflict so that it continues indefinitely. Negotiations cannot go for the sake of negotiations. Negotiations should produce results. (...) We have said this many times that the Azerbaijani people will never accept the loss of their territories. (...) such conflicts will continue and in one day can develop into a large-scale war, which will be a disaster for the entire region
"he said, adding that Baku will not allow the creation of a" second Armenian state on the territory of the South Caucasus. "

Meanwhile, Turkey declared its support for Azerbaijan in the conflict with Armenia.

What Armenia is doing is unacceptable. Let her come to her senses. We will support Azerbaijan to maintain its territorial integrity. Azerbaijan is not alone
- Turkish Foreign Minister Mevlut Cavusoglu said.

In turn, the Russian Foreign Ministry issued an official statement calling on the parties to restraint and ceasefire.

The Russian Foreign Ministry expresses serious concern about the sharp aggravation of the situation on the Armenian-Azerbaijani border on July 12. According to incoming information, hostilities continue. Used artillery. There are killed and wounded. We offer our condolences to the families and friends of the victims. We consider unacceptable further escalation that threatens the security of the region. We urge the warring parties to exercise restraint and adhere strictly to the ceasefire
- The Russian Foreign Ministry said in a statement.

Recall that on July 12, an armed conflict broke out on the border between Armenia and Azerbaijan, which lasted all day and all night with interruptions. Losses reported on both sides. Baku and Yerevan are blaming the escalation of the conflict.
Ctrl Enter
Noticed oshЫbku Highlight text and press. Ctrl + Enter
We are
Reports from the militia of New Russia for 27-28 September 2014 of the yearNew war in the Caucasus be?
Military Reviewin Yandex News
Military Reviewin Google News
286 comments
Information
Dear reader, to leave comments on the publication, you must sign in.