Russian fighters deployed US reconnaissance aircraft over the Sea of ​​Japan 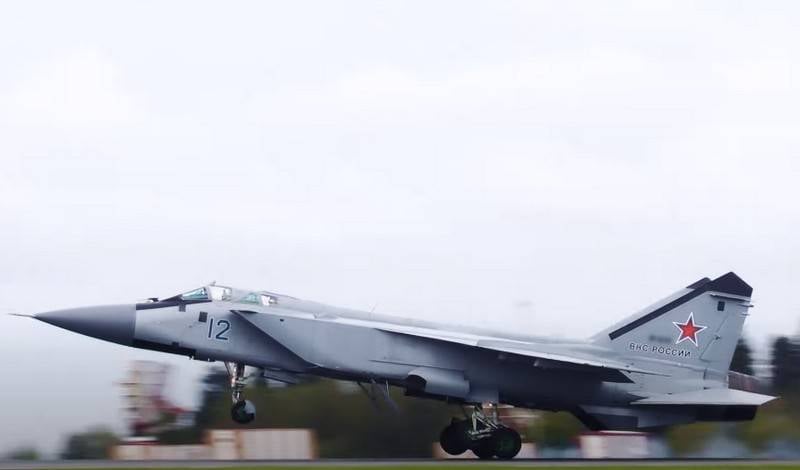 Russian fighters were lifted after air defense systems were discovered by the American RC-135 reconnaissance aircraft over the Sea of ​​Japan, moving towards the Russian border. This was reported by the press service of the Ministry of Defense.


The military department explained that airspace control tools found a target over the neutral waters of the Sea of ​​Japan, heading for the border of the Russian Federation, after which Su-35S and MiG-31BM fighters were lifted into the air. Russian aircraft approached the American reconnaissance aircraft at a safe distance and identified it, after which the RC-135 made a U-turn and began to move away from Russian borders.

To identify and intercept the target, Su-35S and MiG-31BM fighters from the Air Defense Forces of the Eastern Military District were raised, who, after approaching, identified it as a US Air Force reconnaissance aircraft RC-135
- The press service said, adding that Russian fighters escorted the American plane at a safe distance.


After the U.S. Air Force reconnaissance aircraft withdrew from the state border of the Russian Federation, Russian fighters returned to the airfield.

All flights of the Russian Aerospace Forces are carried out in strict accordance with international rules for the use of airspace over neutral waters
- stressed in the Ministry of Defense.
Ctrl Enter
Noticed oshЫbku Highlight text and press. Ctrl + Enter
We are
Reports from the militia of New Russia for 27-28 September 2014 of the yearYuri Drozdov: Russia prepared the role of the sacrificial calf
Military Reviewin Yandex News
Military Reviewin Google News
24 comments
Information
Dear reader, to leave comments on the publication, you must to register.