On the Middle Nevsky Shipyard, the formation of the eighth Alexandrite Corps began 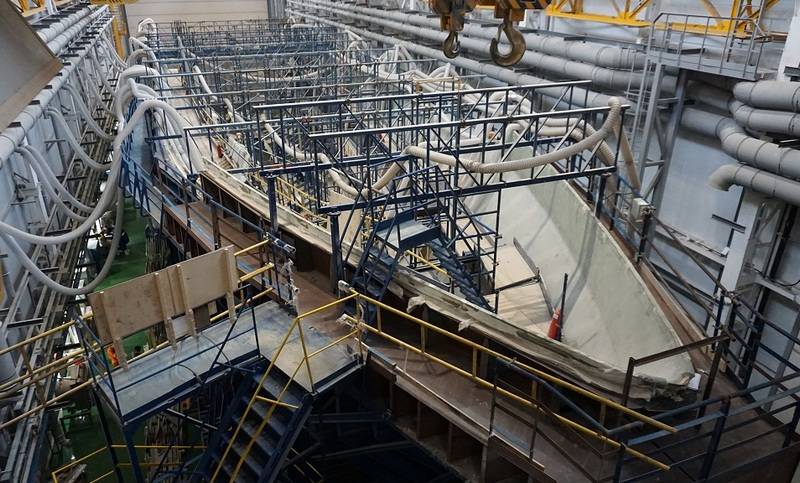 At the Sredne-Nevsky shipyard, the formation of the hull of the new Alexandrite project 12700 mine defense ship has begun. According to the press service of the enterprise, the ceremony of laying the new minesweeper will be held on July 24, 2020.


The shipbuilders of the Middle Nevsky Shipyard began forming the corps of the next minesweeper. In a hermetically mounted matrix, repeating the contours of the hull of the future ship, under the influence of negative pressure, a binder is impregnated with specially laid layers of fiberglass. The impregnation process will take about two days.

The new ship will receive the name of Lev Davydovich Chernavin, a Soviet submarine officer, rear admiral who commanded the submarine formations of the North fleet. The Lev Chernavin will be the eighth ship in the line of project 12700 Alexandrite, laid down at the Sredne-Nevsky Shipyard and the last, built as part of the first series. Starting from the ninth, the minesweepers of this project will be built taking into account the changes made to the project during the operation of the first ships. Most changes will affect the automation of mine action.