Russian State Council comes out of the shadows 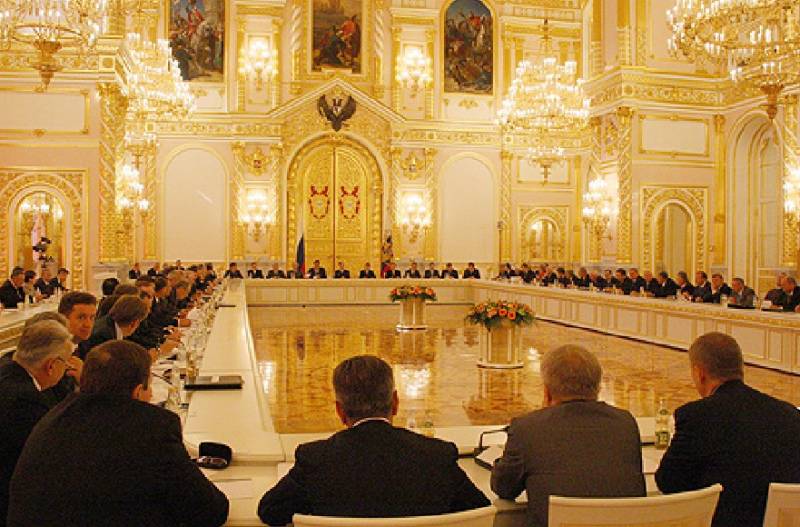 Once in the USSR there was such a state body - the Politburo of the CPSU Central Committee. It was he who determined the internal and foreign policy of the state, its strategy and tactics. In the Russian Federation, such a body does not exist, but it may well arise. And his name is the State Council.


In Russia there is a president, a bicameral parliament and a government. The country's development strategy is determined by the president, the Federal Assembly passes laws, and the government performs the function of the executive branch. But it’s quite difficult to determine the strategy of such a huge country as Russia to one person, even with competent advisers. But if he had a limited circle of smart, honest and competent specialists who are well versed in economics, law, politics, military affairs and other areas!

They would help the president solve strategic issues of government. Perhaps it was for this purpose that the State Council of the Russian Federation appeared?

... forms the State Council of the Russian Federation in order to ensure the coordinated functioning and interaction of state authorities, to determine the main directions of the domestic and foreign policy of the Russian Federation and priority areas of the socio-economic development of the state; The status of the State Council of the Russian Federation is determined by federal law;
I’m not a lawyer, but I’ll try to understand the wording without the help of special knowledge, guided by ordinary household logic. If the State Council ensures the functioning and interaction of all authorities, then they are subordinate to it. That is, he is the most important. This is discussed later in the amendment, because it is he who determines the main (that is, strategic) directions of development of the state, its foreign and domestic policy. 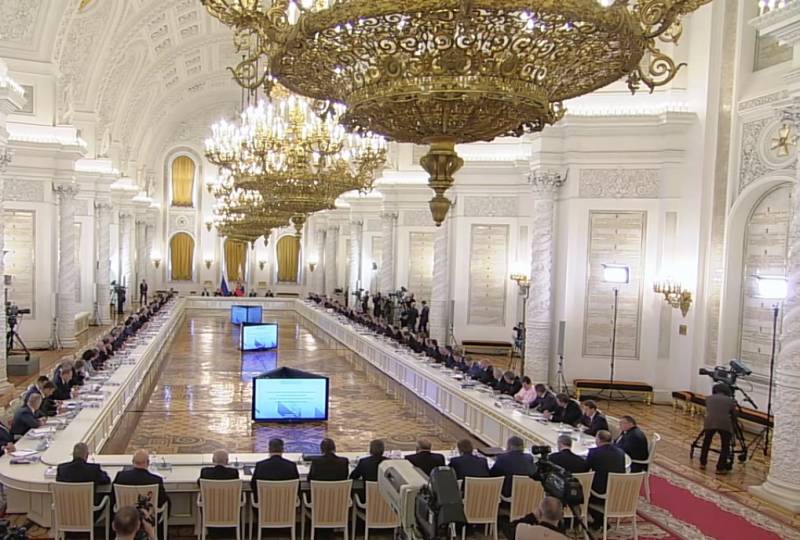 And do you really think that such a powerful structure with such broad powers will be limited, for example, to the implementation of national projects and the assessment of the quality of life in the regions? Do you seriously think so?

By the way, about functions and powers. According to the adopted amendment, the status of the State Council is determined by federal law. He is not there yet, but he will apparently be accepted. And already there all rights and obligations of this body will be registered. Simply put, everything is written in detail in the Constitution about other important government agencies, and very little is said there about the most important, and everything else will be written down in a separate and adopted law. That is, almost any functional can appear there, and it will be constitutional.

And if earlier the State Council consisted only of the chairmen of both chambers of the Federal Assembly, heads of regions of the Russian Federation and leaders of parliamentary factions, now almost any citizen of the Russian Federation can be there. Of course, not any, but only worthy, which will be appointed by the leader of the state. Read the amendment again, it is also said there - the State Council is formed by the president, this is part of his authority.

By the way, it was the president who proposed making this amendment to the Constitution.

What conclusions can be drawn from the foregoing? Until they adopt the corresponding federal law, which will describe in detail the powers of the State Council of the Russian Federation. Then we will understand whether the State Council will become the main power structure in our country, or whether its functionality will remain the same.

Ctrl Enter
Noticed oshЫbku Highlight text and press. Ctrl + Enter
We are
About Stalin and KhrushchevOn the other side of the “red” and “white”. Izborsk Club Report
135 comments
Information
Dear reader, to leave comments on the publication, you must to register.