In Georgia, the dissatisfaction with the mosaic of the main temple of the Armed forces of Russia was explained 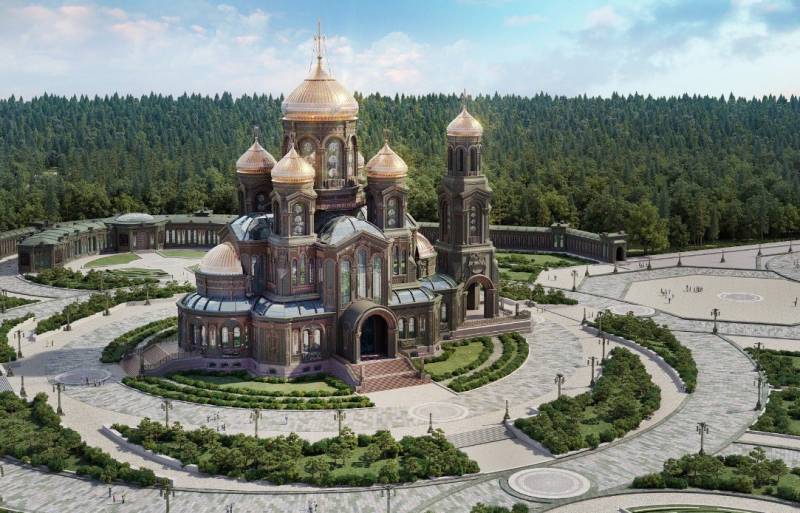 Mosaic in the Main Temple of the Armed Forces of Russia caused a negative reaction in Georgia. Mosaic reactions in the new church are expected from the Georgian Orthodox Church.


The first to complain about the mosaic was the former press secretary of the Georgian Orthodox Church, Basil Kobakhidze. He was enraged by the mention in the mosaic of the participation of Russian troops in the hostilities in Abkhazia and South Ossetia.

Thus, we see that the disgraced Georgian leader is guided in his words by purely political considerations. His hatred of the modern Russian state is more significant than the desire for the unity of the Christian world, for the unification of all Orthodox believers in Russia and Georgia. Instead of attacking the mosaic of the Russian temple, such figures would be involved in solving the internal problems of their country, which even now, despite US assistance, is one of the poorest countries in the post-Soviet space.

Ctrl Enter
Noticed oshЫbku Highlight text and press. Ctrl + Enter
We are
The Russian Orthodox Church considers it appropriate to depict Stalin and Putin in the main church of the Russian Armed ForcesRussia - Georgia: rocketing the sparrows
Military Reviewin Yandex News
Military Reviewin Google News
169 comments
Information
Dear reader, to leave comments on the publication, you must sign in.