Information war: LDNRs are taught not to hate the enemy, but Russia and themselves 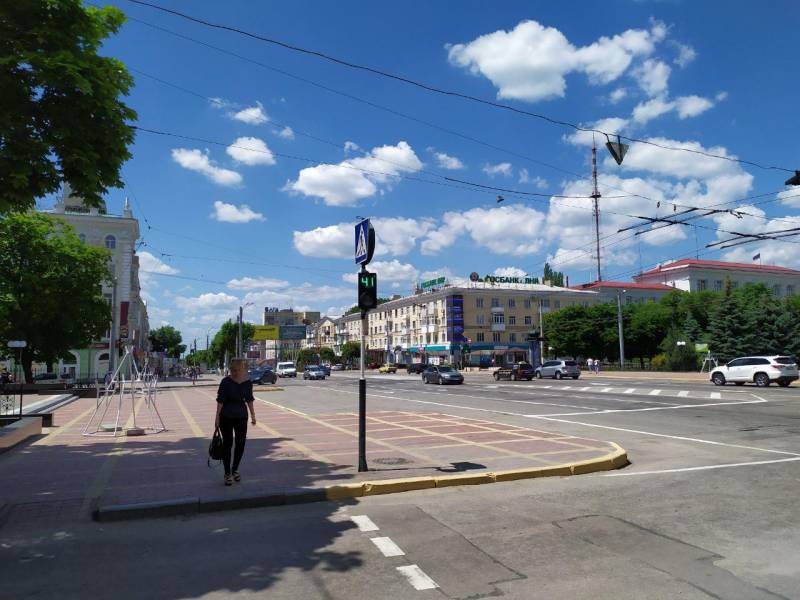 Not a day without scandal

If we recall the events in LDNR that caused a significant resonance in the media sphere in the autumn and winter of last year, as well as in the current year, you can find that in the DNR there is a permanent scandal on the agenda. Shocks in Makeyevka (by the way, where did you go?), Salary arrears to miners, consequences of snowfall, public funeral in Gorlovka, situation on CPVV, allegedly food shortages and price increases (in fact, only ginger and lemons went up in price), supposedly terrible conditions in hospitals and the current situation with the ability to travel to Ukraine. These and many other situations instantly became the subject of lively discussion on the Internet, which then poured into social networks, publics and Telegrams and then became the subject of discussion in local (and not only) media, forcing the authorities, who are constantly one step behind, to react differently.

For the entire period under review, the only scandal in the LPR that managed to “rock” enough to appear in the Russian and Ukrainian media was the miners' strikes in Zorinsk and Anthracite. Moreover, both situations were instantly localized and successfully neutralized. On the whole, the head of the LPR, Leonid Pasechnik, knowingly being a colonel of the SBU in the past, effectively suppresses any sedition, be it an enemy provocation or a real problem. However, it is worth noting that the LNR internal policy department, in contrast to the neighboring republic, responds quite quickly to any signals, trying to extinguish their cause on the same day. A similar situation was with the late Alexander Zakharchenko: the previous head of the DPR was not tolerant of criticism or legibility in methods, so the criticism sounded only from a safe distance and not very loudly.

It’s easy to notice that the attack is precisely on the DPR: the resources that “denounce” the LPR are much smaller and they are almost all amateurish, while Donetsk is systematically muddied using a wide range of technologies and tools, from outright fakes and manipulations to kidnapping and publication of internal documents (it is obvious that moles are present in the government of the DPR), not intended for publication or falsification of them. It is almost impossible to verify the authenticity of the average person, and the authorities themselves are traditionally secretive. Moreover, this secrecy is only worse: when Donetsk denied having debts to the miners, all this almost ended in strikes similar to those that eventually happened in the LPR.

However, the target is not only Denis Pushilin and not even LDNR as a whole; Against the backdrop of constantly fanned panic and relishing negativity, thousands of comments are thrown into social networks every day, in which criticism of the authorities of LDNR is gradually turning into criticism of LDNR as a whole, then into criticism of the government and President of Russia Vladimir Putin, and then of the whole of Russia (most often in the spirit of modern pseudo-communists: “rasiyantsy”, the Russian Federation “not subjective”, “power is criminal”, etc.). The concept is dull-aggressive and quite suitable for people who are close-sighted, but romantically inclined, for the so-called guard patriots, and for those who, for one reason or another, harbor a grudge against the Russian Federation or LDNR.

The concept is simple: Russia betrayed the idea of ​​Novorossia, and then LDNR, forbidding incredibly efficient militias to clean Kiev, and now it is grinding the most passionate ones to turn Lugansk and Donetsk to Ukraine. The fact that the "vacationers" saved the militia from defeat, that no one in Kiev (except Moscow, which simply does not need it by military means) could have taken it, that it was "poured", but not "poured", for the seventh year already, and other reasonable arguments are instantly explained by the machinations of the enemy, etc.

As a result, we are dealing with a mass of supposedly patriotic resources, which, under the auspices of anti-Ukrainian and anti-fascist rhetoric and the defense of the "ideals of New Russia", etc. are engaged in fierce propaganda against LDNR and Russia. Hatred of the enemy itself is gradually being replaced by hatred of her own. Moreover, it is worth paying tribute to the efforts of enemies: over the years, their audience is gradually growing and among this audience are increasingly visible not only Internet warriors and inhabitants, but also journalists, public figures, etc. Yes, today we are talking about a relatively small flock scattered in the Russian Federation, LDNR, Ukraine and the whole world, largely diluted by people on salaries. However, against the background of the policy of the Russian Federation that is not too clear for the majority of the Russian Federation regarding Donbass and Ukraine as a whole, the number of those who are disappointed and believe in a total "drain" is growing.

It is clear that by purely forceful methods, as in the LPR, it will not be possible to defeat the information war, especially since digital technologies are becoming more complex and users are sophisticated. A balanced response requires adequate work of the relevant ministries in Lugansk and Donetsk, however, to date, the work of the Ministry of Information in the DPR does not hold water (in the LPR a little better): the structure more often becomes a source of scandals than helps to neutralize them. It is enough to mention the recent speech by Basurin, in which the speaker of the DPR NM, in a slightly elevated mood, told stupid things about the militia and that the republic owed them nothing.

It is quite possible to win back the situation, but for this it is urgently necessary to restore order in the information sector of Donetsk and Lugansk. Otherwise, the number of those who believe in the "drain" and gradually transfer their anger from Kiev to Moscow will grow, and the LDNR authorities, already utterly defamed, will soon appear completely unattractive. The information war - this is not for you to eat lobio. Having lost in Ukraine, where professional Russians spent 25 years cutting budgets, conducting endless Pushkin readings, Russia is now simply obliged to win in the Donbas.

Ctrl Enter
Noticed oshЫbku Highlight text and press. Ctrl + Enter
We are
Situational analysis of the death of the MH17 flight (Malaysian Boeing 777), made on the basis of engineering analysis from 15.08.2014"Israel is a big pain in America’s ass"
Military Reviewin Yandex News
Military Reviewin Google News
82 comments
Information
Dear reader, to leave comments on the publication, you must to register.