Riots in the US: in the speeches of African Americans, the FBI "finds" the "Chinese trace" 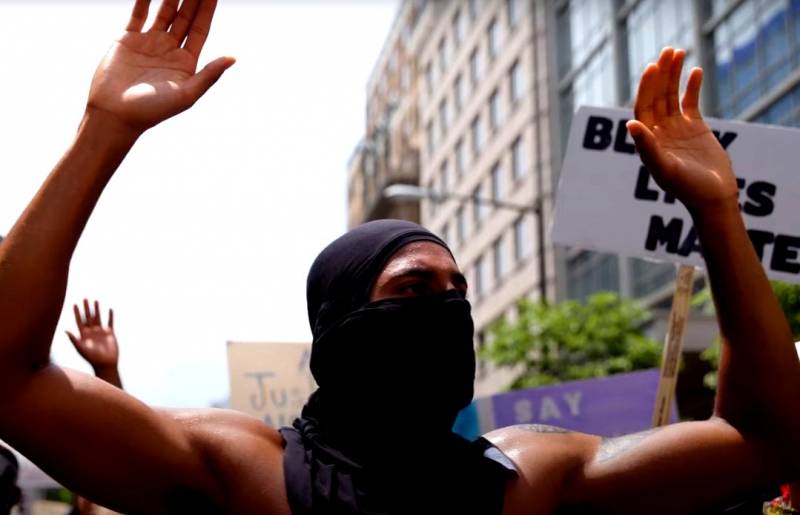 Black protests in the United States continue, but after America they swept Europe and Australia. Here they are supported by local liberal politicians who pursue their goals.

The anger of the protesters directed to the sculptures

The British Indian-born politician Lisa Nendi, who is called the "shadow Foreign Minister" of the Labor Party, has demanded to remove five giant century-old frescoes that adorn the front staircase at the Foreign Ministry. We are talking about the works of Sigismund Goetz, performed between 1914-1921. Nandy's displeasure was caused by the image of Africa as a little boy with fruit, surrounded by "white Anglo-Saxon adults."

In the USA, meanwhile, the protests of African-Americans and their left-wing radicals have moved into the plane of struggle with monuments. Of course, it would be possible to destroy the mansions of representatives of the American financial elite directly related to maintaining the entire system of terrifying social inequality in the States, but skillful directors directed the protest energy of the masses in a different direction.

The congressmen from the Democratic Party and even the military leadership supported the protesters, who expressed their willingness to rename all US forces bases named after the Confederates, including the famous Fort Bragg. But it is surprising that after the monuments to the Confederate Generals, which can still be considered symbols of the slave era, the protesters demolished the monument to Christopher Columbus in Richmond, mutilated his sculptures in St. Paul and several other cities. In Washington, the police barely managed to prevent the demolition of the monument to President Andrew Jackson.


The baton was picked up in Europe: local activists demanded to demolish the monuments to Christopher Columbus in Ireland and Spain. In Belgium, advocated the demolition of all monuments to the "conqueror of the Congo" King Leopold II. In the UK, they demand the demolition of the monuments to Francis Drake and Horatio Nelson, as well as renaming the streets and squares named after the "slave owners." A special committee to re-evaluate the past was created by the mayor of London, Pakistani Sadik Khan. I wonder why not Sadik Khan recall his origins and not be puzzled by the situation of minorities in the same Pakistan, where the same Hindus and Christians are persecuted? But this, apparently, does not apply to the fight against discrimination and oppression.

"Internal terrorism": US authorities blame what is happening in China

Meanwhile, US President Donald Trump has openly blamed the Black Lives Matter movement for inciting treason and a coup d'etat. So the head of the American state reacted to the radical statements of one of the leaders of the Black Lives Matter Hawk Newsom. However, earlier Trump expressed a very negative attitude towards the events taking place in the USA, calling the riots nothing more than “internal terrorism”. 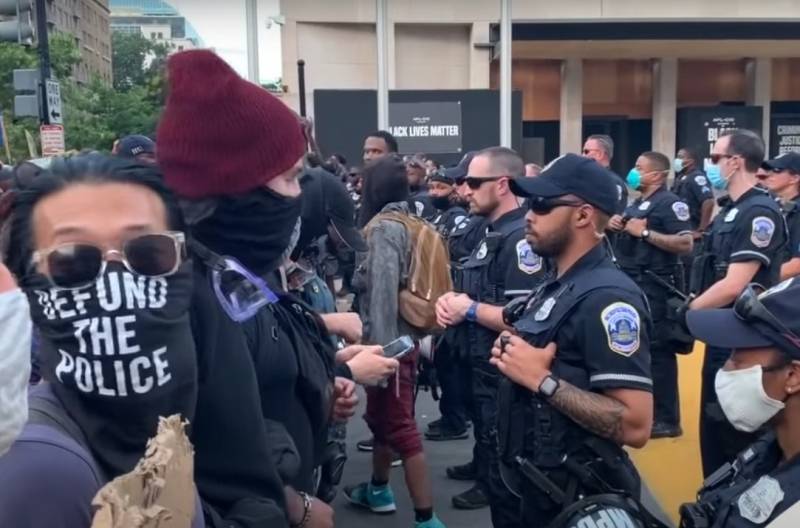 By the way, many Black Lives Matter leaders for some reason define themselves as Marxists, although whether “mirror racism” is related to Marxism is a rhetorical question. If you recall history Afro-American radical movements, many of them tried to position themselves as Marxists of one kind or another, usually Maoist, but in the end they remained more likely African racists than leftists in the European sense of the term.

In reality, one can rather speak of an attempt to use Marxist phraseology in attempts to justify the same racism, only with respect to white Americans. And the solidarity of the black participants in the pogroms with their own brothers in the race raises many questions: the pogroms smash and rob the stores belonging to the Chinese, Arabs and African-Americans with exactly the same frenzy.

The US Federal Bureau of Investigation, in turn, is trying to find traces of foreign interference in African-American protests. And he “finds” ... So, the FBI Director Christopher Ray spoke about the dangers of China’s policy for the American state and stressed that Beijing is interested in “translating American political thought into a more friendly, pro-Chinese, pro-communist channel.”

In the meantime, the American police are trying to the best of their ability and ability to withstand street riots, pogroms and robberies of shops and cafes. Particularly zealous protesters are detained, but in general you won’t envy the American law enforcement officers: they were caught between two fires - on the one hand, a raging crowd of heated thugs, and on the other, a variety of politicians from leftists to respectable democrats who require policemen to apologize to black people and not apply to hooligans physical strength and special equipment.

Ctrl Enter
Noticed a mistake Highlight text and press. Ctrl + Enter
We are
Black life of Black America. Racial overtones of social inequality in the United States"Black Islam": US social-racial split aggravated by religious
108 comments
Information
Dear reader, to leave comments on the publication, you must to register.