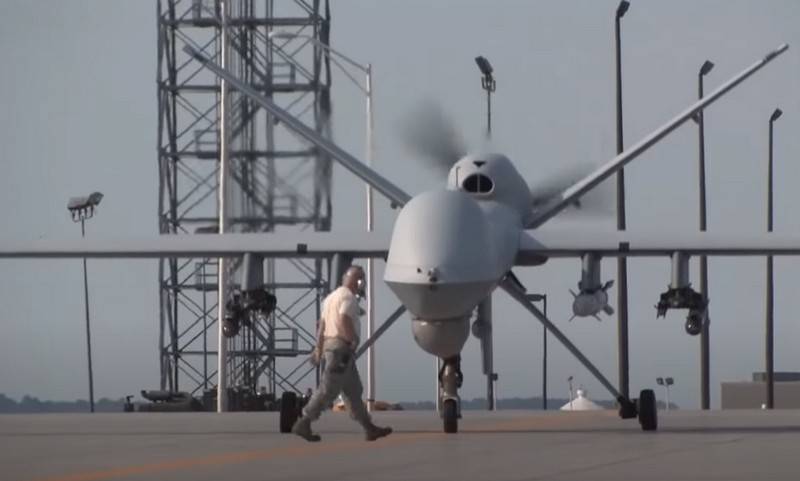 The American reconnaissance and strike drone MQ-9 Reaper has received new opportunities. According to Flightglobal, the upgraded version of the MQ-9A UAV is now able to automatically go to the alternate aerodrome and automatically land with a larger mass.


General Atomics Aeronautical Systems, the UAV development company, has conducted a series of tests on the upgraded version of the MQ-9A Reaper UAV. According to the company, the new version of the drone is able to automatically go to the alternate aerodrome in case of bad weather or damage to the landing strip. Operators were given the opportunity directly in flight to add alternate aerodromes to the program and issue a command to leave for them.

It is alleged that the drone is able to make an automatic landing even at an unfamiliar airfield. To do this, he first flies around a new landing point under the control of the operator, examines it using his sensors, and then lands automatically.

Details of other enhancements to the MQ-9 are not disclosed.

The first flight of the MQ-9 Reaper drone took place on February 2, 2001. The drone is equipped with a turboprop engine. According to General Atomics, the Reaper, which has become the main strike UAV in the United States, has a flight duration of more than 27 hours, a maximum speed of up to 400 km / h and a cruising speed of up to 250 km / h, a ceiling of up to 15 km and a carrying capacity of 1740 kg with 6 suspension points.

Intelligence and combat UAV MQ-9 are in service with the Air Force and the CIA, as well as the Air Force of Italy, Turkey, the United Arab Emirates, Kazakhstan, France, the United Kingdom and other countries.
Ctrl Enter
Noticed oshЫbku Highlight text and press. Ctrl + Enter
We are
In the USA, they confirmed the loss of the MQ-9 Reaper UAV over YemenBritish UAV Reaper returned home
Military Reviewin Yandex News
Military Reviewin Google News
93 comments
Information
Dear reader, to leave comments on the publication, you must sign in.