When shame does not cover the shame 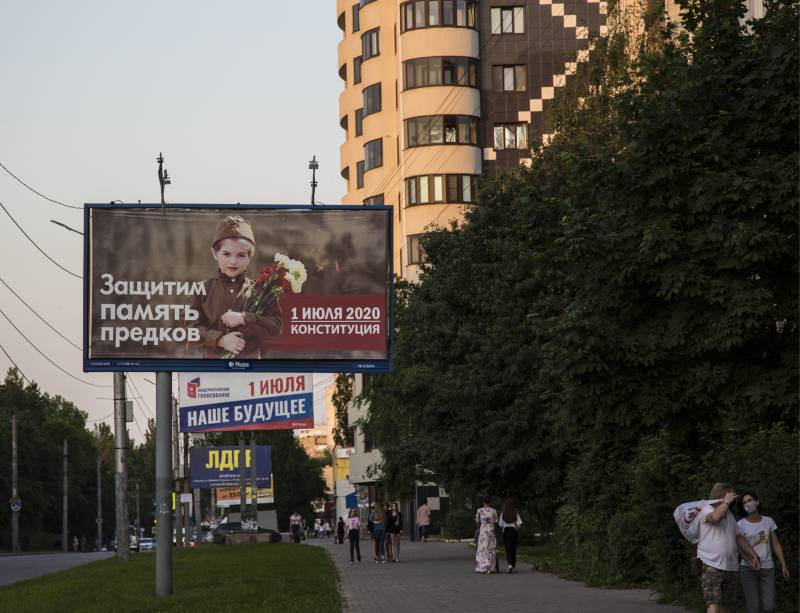 To begin with, a small lyrical appeal to readers.


It is very pleasant that you, dear ones, react to articles in this way. Highly. Especially those who speak in the style of "If ***** screams - the right way we go!" Yes, you are going the right way, if you like. But we’ll talk about the results after a while, the comments are in the daddy, so in a year or two there will be very interesting such material on them. Analytical.

And the second one. It is very pleasing that every second reader of ours, who so vehemently supports the show with voting, from such developed countries as Moldova, Ukraine, Lithuania, Estonia, Armenia. It is very nice to see (yes, we removed the flags, but this is not an obstacle) that in countries with a victorious constitutional system and a developed economy, our aspirations are so highly valued. It is even encouraging.

By the way, the silence of our Belarusian and Israeli readers is surprising. Truth.

Now let's go over the issues.

Yes, the streets of the cities have changed somewhat due to the pandemic. Advertising on billboards has almost disappeared, which, in general, is logical. What kind of advertising can be in conditions when everything is closed?

But the posters from the Central Election Commission filled the space, explaining how important it is for us to come to the polling stations on July 1. A very correct application of budget money, since every citizen should at least once a day see the call. And imbued with consciousness.

Calls, frankly, bring nothing new. All the same principle, "Vote or lose."

Either the Constitution, or the Russian language will be banned, they will throw out all domestic animals onto the street, they will burn the books of Pushkin, Gogol, Chekhov ...

Who will do all this is not entirely clear, apparently, all the same Dark Lord, buggers and liberals.

That's about the liberals I want to talk about.

So, here is the call to protect the memory of the ancestors.

In general, of course, is another masterpiece from brainless managers acting on someone’s orders. It is completely incomprehensible, and here the girl and the memory of the ancestors. Either the girl will not be allowed to remember her ancestors, or to lay flowers somewhere. Or to put on a uniform from times of the Great Patriotic War?

It is completely incomprehensible.

Well, if anyone is guilty of distortion historical the truth, the prevention of which President Putin spoke so well, is ... the Ministry of Culture, which deals only with this.

Under the heading “Military film fan”, we discussed almost all the slag that has been thrown onto the screens lately. List ... And what is the list? It’s easier to say that for 10 years there has been ONE film, which can be called a film. "28 Panfilov Heroes." Everything else - low-quality and unscrupulous "unsubstantiated" on a military theme.

For example, "To Paris." Filmets, where the real person who fought and won was shown as the person who received the medal for a bribe. And I did not pull it at all, it was in the film. The real person was slandered, just like that. In the name of the script and earnings.

"T-34", "Tanks”,“ Invincible ”,“ Hitler Kaput ”,“ Burnt by the Sun ”,“ Stalingrad ”,“ Shtrafbat ”,“ Bastards ”- you can continue to infinity. A series of mediocre and deceitful films is planned for infinity. And, apparently, it will come nearer to the figure of 1418, so that there is “creation” for every day.

Yes, isn't Putin talking about this? Is this not a distortion of history?

Distortion. Unless the so-called double standards policy blooms in terry colors. That is, if the Ukrainians say that the Ukrainians liberated Auschwitz, since the front was Ukrainian, this, of course, is a violation and distortion. And if a Russian citizen shoots here, a drunk general sends a crowd into the attack (to call this unit the language doesn’t turn), armed with shovel cuttings ...

No, this is not a distortion. This is reality. This is so gentlemen liberals deign to show the truth.

Now think about it. There is a mediocre screenwriter and a mediocre director. Which took and "pile" something terrible once again. But before starting the entire machine to shoot a film, the scriptwriter and director are required to present their "masterpiece" to various authorities.

And what about the authorities? But nothing. Judging by what appears on the screens, exactly the same gentlemen are sitting in the courts.

So, what kind of chain are we drawing?

Budget. It is formed by the Russian government, say the State Duma, the Federation Council and the president. And then the distribution begins according to the approved articles on the performers. That is, the ministries.

In our case, the Ministry of Culture. In which there is a cinematography department, which consists of three departments that are engaged in government support for the production, promotion and distribution of national films. All gaming, non-gaming, animated.

Here, it turns out, the nest. Where they quietly and do what we see on the screens.

But I'm sorry, but where do these people get into the nest? Are they coming from the street? Or send from the State Department? Well, yes, they drop them by parachute ...

That is kind of like their own. No, you can, of course, push the enemy into the office, but not the entire ministry, right?

And screenwriters bring scripts, they are (possibly) read, even (probably) discussed. People appointed by the person appointed by the president and prime minister. But in the end, the screen is full of garbage.

And who is to blame? Enemies? State Department? The Dark Lord Bulk?

Well, the funny thing: so from whom should the memory of the ancestors be protected? Apparently, just from the above company. From scriptwriters and directors to the Minister of Culture.

It’s just a little incomprehensible why, in order to rake our completely cultureless ministry of culture, we need to prescribe the concern for memory in the Constitution.

Doesn't work without it?

And the second conclusion is outlined. It turns out that if something is not prescribed in the Constitution, is that all? Nobody is going to work according to federal laws? The reason for idleness, so to speak?

Everything is very peculiar. I personally don’t care if the Constitution says about the memory of ancestors or not. I honor and respect both my own and aliens (although what strangers they are to me) soldiers and officers of that war. And I will do it to the end.

And the one who wanted to spit on history, because it will be in the Constitution, what not ... Anyway, such a person will have a “Citadel” or something like that. Or complete indifference.

But this is how it turns out that the amendment about rewriting history seems to be directed against those who are rewriting it, but here's the problem: they are doing this in government positions and at the expense of budget money.

The situation is funny and sad at the same time. But, as one of the characters in the feature film said, the shame cannot be covered with shame. And an amendment to the Constitution does not stop the cultureless nightmare that our Ministry of Culture creates.

For our money, by the way, rewriting history and spat on the heroes of World War II.

And what does the Basic Law have to do with it ... As another literary hero Bulgakov said, the devastation is not in the closets, but in the heads.

Ctrl Enter
Noticed oshЫbku Highlight text and press. Ctrl + Enter
We are
Interview of V. Putin to Channel One and the Associated Press AgencyWhat you didn't want to know about England
Military Reviewin Yandex News
Military Reviewin Google News
234 comments
Information
Dear reader, to leave comments on the publication, you must to register.