Is genetics our everything? President Putin's Biological Initiative

Influenced by a pandemic

The unexpected idea to bring the state of domestic genetics in line with international standards came to the government in the midst of the COVID-19 pandemic. This can be considered as one of the answers to the global challenge. The scope of the proposed changes is largely unprecedented. In total, the president formulated eleven instructions, the penultimate of which directly indicates a coronavirus infection. In accordance with it, it is planned to establish research centers,

"Associated with the development of methods and tools for diagnosing a new coronavirus infection (COVID-19), the creation of vaccines for the prevention of this infection, as well as drugs for its treatment." 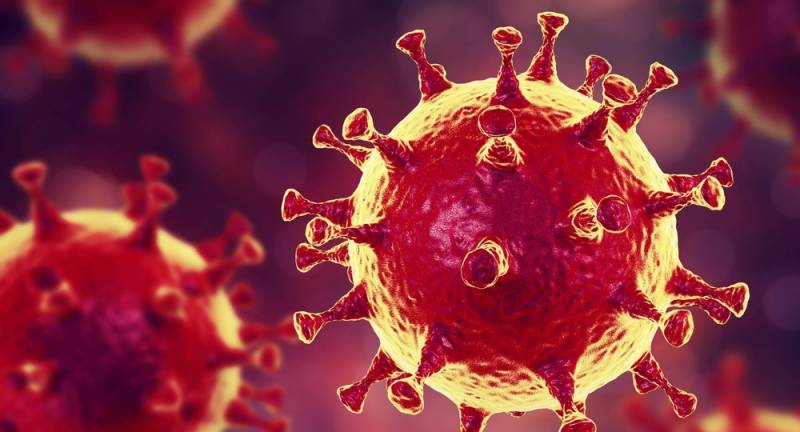 The COVID-19 pandemic, of course, has become one of the triggers of changes in domestic genetics. Source: vogazeta.ru
But the first commission, as usual, is connected with the most dear to us - with the younger generation. Putin instructed to introduce genetics to schools. And this may well be a problem. The fact is that now the school schedule is so busy for students that any innovations require the exclusion of some discipline from the program. For example, genetics may well be attached instead of astronomy introduced by the ex-Minister of Education Olga Vasilyeva. A couple of years ago, she insisted on isolating this subject from high school physics.

Voices are already being heard that, most likely, genetics will be an optional course in the upper grades of natural science and biomedical profiles. Still, introducing genetics as a compulsory subject for all 10-11 graders will be wrong: the discipline is very specific, and the school biology course already contains many basics of this science.

It can be assumed that in a couple of years in the Unified State Examination on Biology forms the share of genetic tasks will significantly expand, having reduced attention to other sections. With school biology, everything is not as good as we would like. From the fifth to the seventh grades, only one hour per week is provided. Three times more is reserved for foreign languages. It creates a situation where school students are mastering biology at an insufficient level, and here they are trying to "focus" on genetics in high school.

The second important problem for school genetics may be an insufficient material base. If we follow the logic of the president, the emergence of genetics as a new subject should stimulate graduates to enter the relevant faculties, that is, expand the human resources of a strategically important area. But with lessons based on theorizing of educators, many genetic applicants cannot be obtained. Powerful recharge is needed in the form of new-generation laboratory complexes that have yet to be created for school genetics. All this will cost a lot and will require a lot of time. Under the new subject, the government was instructed to create continuing education courses for teachers, which implies a certain restructuring in the teaching of the genetic section, as well as the emergence of new textbooks. One of the centers for retraining will almost certainly be the Sochi educational center Sirius, which operates under the auspices of the Talent and Success educational fund. Now it is the most modern educational center in Russia for schoolchildren and teachers, and with the advent of genetics, even more high-tech equipment will appear in its walls.

We are at the rearguard

They tried to close the initial reduction in Russia's lag in the field of biotechnology even at the time of Prime Minister Medvedev, when in 2019 they adopted the “Federal Scientific and Technical Program for the Development of Genetic Technologies for 2019-2027”. Little is known about the effectiveness of her work: the change of cabinet and the coronavirus arrived in time. A year ago, one of the reasons for the deployment of the programs was the need to combat new infectious diseases and create gene therapy drugs. In this regard, Russia in the global biotechnological market looks very pale. In fact, the only Russian drug for gene therapy is Neovasculgen, which treats leg ischemia. Release it since 2013 and it costs several thousand dollars. For six years, by the time the program was signed, no more drugs for gene therapy had been created in Russia.

Tryptophan, threonine and valine, the vital amino acid feedstuffs in agriculture, are imported by our country in 100% of cases. The situation is simpler with enzymes: the share of imports is 70%. But even here in numbers there is a lot of craftiness. Here, for example, lysine (an essential amino acid) is produced in Russia, and biotechnology companies even send part of their products for export. Unfortunately, there is no question of any autonomy of production. All microorganisms for the synthesis of lysine come from the United States and Europe, the vast majority of the equipment is also imported. Moreover, in Russia, even in principle, there are no competencies for the independent cultivation of genetically modified bacteria of a similar profile. It is not possible to simply propagate purchased strains: after several tens of generations, bacteria simply degenerate. That is, amino acids are partially produced, but when the supply of microorganisms is stopped and there is no import service, everything will stall in a matter of weeks. The situation in the medical field differs from the above unprincipled: all high-tech material resources and consumables (raw materials) are imported. 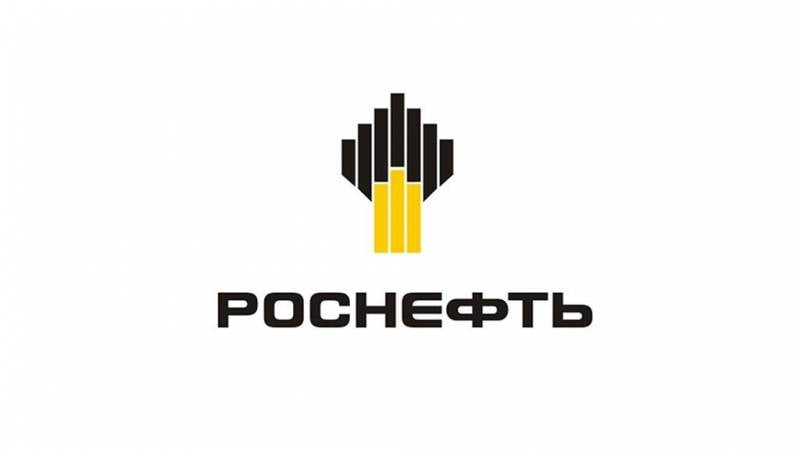 A bit of surrealism: Rosneft will finance and coordinate genetic research in Russia. Source: vedomosti.ru
The fourth order of the president serves to solve such problems:

"To ensure the creation in the Russian Federation of domestic laboratory and scientific equipment that allows for world-class research in the field of genetic technologies, as well as the production of consumables for it."
In accordance with the order, Prime Minister Mishustin will report on the development of the project for the first time in February 2021 and will continue to report annually.

Genome in the Russian edition

It seems that full-fledged genomic editing will soon come to our country. President Putin has made it clear that it is in this direction that the main stake will be made in the program for raising domestic genetics.

Here at the world level everything is bad again. World leaders, the USA and China, publish several thousand articles in peer-reviewed scientific journals per year. In Russia, less than four hundred for 2016-2017. Three years ago, Russians registered 22 genetics patents. In 2017 alone, there were 9106 patents in the United States, 3477 patents in Japan, 2771 patents in China, 1847 patents in South Korea, and 1097 patents in Germany.

Here a new problem of the biological initiative of the president appears. At this level of Russian genetics, there will simply be nowhere to take teachers and researchers who are able to pull our technology to the world level. Indeed, if no one is particularly engaged in successful practical work, then there will be no one to tell students about this in medical and biological faculties. Again call from abroad? To solve this problem, the government was instructed to study the needs of the industry in highly qualified personnel and draw up a development program.

A negative trend is the localization of all genetic research in government. Despite the very modest representation of Russia in world markets, according to expert estimates, in 2018, teams of 80 scientific and 40 higher education organizations of the country conducted genetic research. The approximate amount of budget funds allocated to finance this area amounted to more than 22 billion rubles! This is the question of the effectiveness of the use of budget funds. At the same time, the program, adopted under Medvedev, mentions about 1 billion dollars that were invested by private investors in genetic startups in the United States from 2013 to 2016.

Unfortunately, in Russia all genetic undertakings will be given to Rosneft and the Kurchatov Scientific Center. In the latter, the “National Base of Genetic Information” will be formed, where gene copies of the ethnic groups of Russia, the animal and plant world will be stored in digitized form. The delegation of management functions to state-owned companies is the fundamental problem of the entire genetic concept. 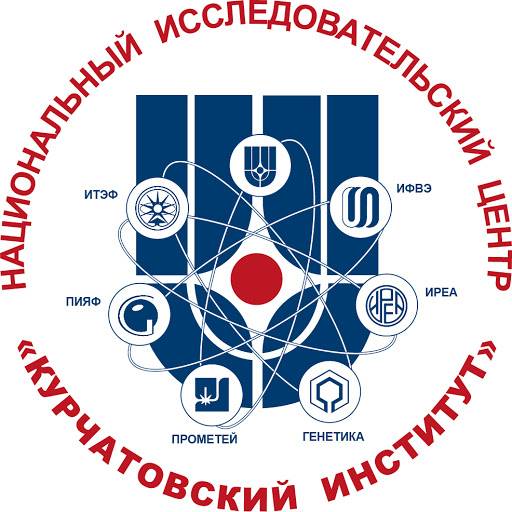 The Kurchatov Institute National Research Center will become the lead organization in the project “National Genetic Information Base”. Source: nrcki.ru
In our country, there is virtually no market for biotechnological products, as well as genetic engineering products. Remember how we created a persistent negative stereotype on genetically modified products. Any grandmother will give a hundred reasons against GMOs and startle at the mention of the notorious Monsanto Corporation. Nobody buys, so no one produces, and if you suddenly need to, they go abroad. In addition, we still feel the echoes of the Soviet period of persecution of genetics, during which the country was decades behind world science.

Therefore, we have to invent new programs for the breakthrough development of genetics or artificial intelligence with a distant prospect of implementation. Even if we hypothetically allow the successful implementation of part of the provisions of the program, the question remains: who will buy the technology in Russia? With budgetary billions invested, domestic consumption will never pay back even parts of the investment. So, we need to enter foreign markets, which is fraught with a lot of problems. Firstly, no one is waiting for us there: Russia in the world does not associate with genetics and biotechnologies, and all the pieces of the market are already divided. And secondly, now all the leading countries of the world are pouring hundreds of billions of dollars into medical genetics in search of a vaccine from COVID-19 and in the near future the society will receive considerable dividends from this. Technological bonuses from such a race will be comparable with the flight of Gagarin and the American lunar mission. Russia is trying to keep up with global trends, but there is a large share of the probability that all this история will be similar to our main “breakthroughs" of the beginning of the century: Rusnano and Skolkovo.