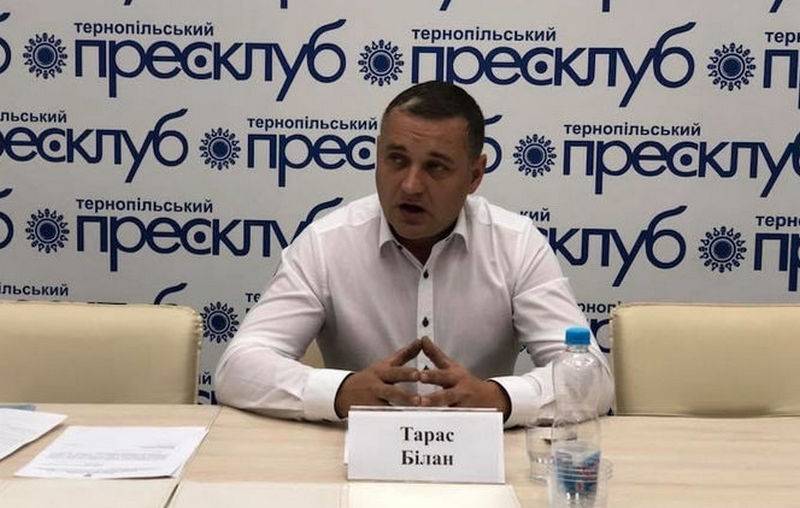 Ukrainian officials, who were not so distinguished by “smart” statements about Russia, “distinguished themselves” again. The deputy of the Ternopil city council from the party "European Solidarity" Petro Poroshenko in all seriousness proposed to lay down and detonate atomic bombs in the cities of Russia and Hungary. It is reported by the Ukrainian edition of "Strana.ua".


Ukrainian MP Taras Bilan called on Ukrainian President Vladimir Zelensky to plant and detonate nuclear bombs in Budapest, Moscow and St. Petersburg. According to Bilan, in this way Ukraine will be able to "defend itself from the attacks of Hungary and Russia."

A deputy of the Ternopil city council, commenting on the authorities' plans for an administrative-territorial reform, which could result in the emergence of a "Hungarian region" in Transcarpathia, said that such concessions would lead to the collapse of Ukraine.

Today is Hungary. Romania will demand the same concessions tomorrow. And as for Russia, the latter is openly preparing for an armed attack with the aim of seizing the Odessa, Kherson and Nikolaev regions
- he said.

At the same time, Bilan proposed a "real" plan that will help prevent an "invasion." According to him, the president of Ukraine should order the operator of Ukrainian nuclear power plants to "urgently produce" "100-150 atomic charges or" dirty "bombs." The deputy proposes to install these charges on the new Neptune missile systems (“destroyers of the Crimean bridge” - Turchinov) with the introduction of the coordinates of cities on the territory of Russia and Hungary. The second way is to charge charges in Russian and Hungarian cities.

Install nuclear warheads on missiles of the RK-360MTs type "Neptune" with the introduction of coordinates on the territory of the states: Hungary and the Russian Federation. To create 50-100 sabotage and reconnaissance groups from among the volunteers and volunteers of the "first wave of mobilization." To hand over the created "dirty bombs" to them with the order to establish and put into combat readiness near the military facilities of the cities: Budapest (Hungary), St. Petersburg and Moscow (Russian Federation)
- suggested Bilan.

On the other hand, we note that this is not the first and not the last representative of the Ukrainian authorities, proposing to detonate nuclear weapons in Russia. True, this time Hungary was added to it. The level of mental development of Ukrainian officials "rolls over."

Ctrl Enter
Noticed a mistake Highlight text and press. Ctrl + Enter
We are
Reports from the militia of New Russia for 27-28 September 2014 of the yearRussia is taken to the Golden Billion
115 comments
Information
Dear reader, to leave comments on the publication, you must to register.