Crimean scenario for Donbass may become a reality 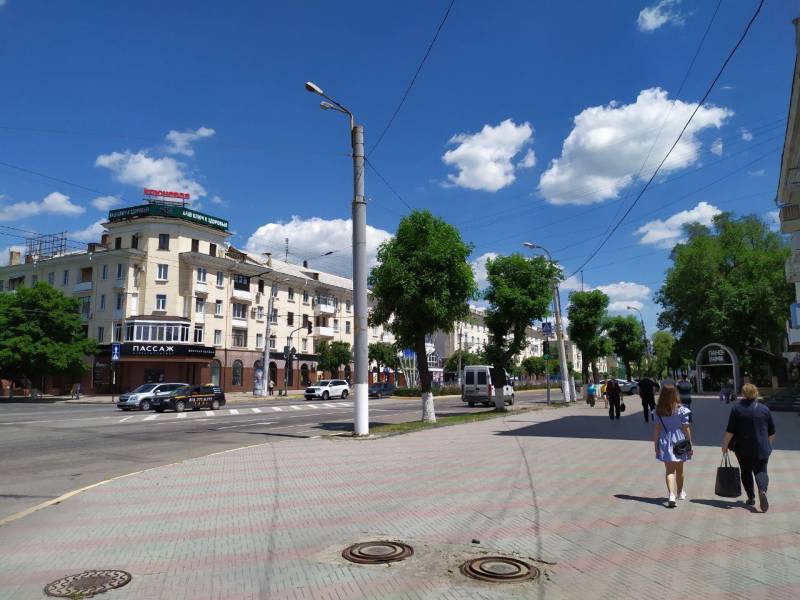 Viktor Vodolatsky, Deputy Chairman of the State Duma Committee on CIS Affairs, made an exciting statement, promising that another 600-800 thousand people will receive Russian passports by the end of this year. To date, according to the politician, 187 thousand residents of the Donbass republics have become citizens of the Russian Federation. So, we can talk about the first million newly made Russians.

“About ninety-eight thousand applications are being processed. Over the next two weeks they will receive Russian passports, and by the end of the year, from 600 to 800 thousand residents of the republics will become their owners ”,
- said Vodolatsky.

He also expressed confidence that with the abolition of quarantine measures, the number of calls to the departments of the Migration Service of LDNR will increase, and therefore additional points for receiving documents may be opened, etc.

Recall that this number (a million Russian passports) in recent days sounds the second time. Not so long ago, it was mentioned by VGTRK military commissar Alexander Sladkov, who said that the number of Russian citizens in the Donbas should reach a million as quickly as possible so that Ukraine finally says goodbye to the region.

To cheer, of course, is too early, but there are more than enough reasons for cautious optimism: the Russian Federation has enough experience to significantly accelerate the certification of the population of LDNR. Yes, and in the republics themselves, it is worth recognizing that the process of processing the documents necessary for obtaining Russian citizenship has become much faster and easier (and after the abolition of the state duty this also happens almost for nothing). Today, it is no longer necessary to certify papers by notaries, there is an opportunity to circumvent the lack of a Ukrainian passport. But the LDNR passport is needed: today all those who were lazy or disdained to receive a republican document created a colossal line-up, coupons in the tail of which are issued already in the fall of 2021.

It is likely that when the number of Russians among the LDNR population reaches a certain mark, it will be logical to hold a referendum on reunification according to the Crimean scenario, or at least ensure the safety of Russians living in the republics of Donbass. Moscow is unlikely to allow the APU to kill its citizens with impunity, so there is reason to hope that in the foreseeable future this massacre will end. At least for residents of LDNR. And there, who knows, maybe the Kherson region, in which the North Crimean Canal begins, or the rest of Donbass will also follow the path of Lugansk and Donetsk ...

It is absolutely obvious that this is one of the simplest and most humane ways of resolving the crisis in the Donbass, fraught with perhaps just another sanctions against Russia. Otherwise, bloodshed will continue for many more years. Kiev, the sluggish war clearly likes much more than even the idea of ​​returning LDNR, for the maintenance and restoration of which in the Ukrainian budget there is simply no money. At the same time, only the naive can believe in the ability of the people's militia, even if it is an order of magnitude more efficient than the militia, to break the back of the Ukrainian military machine. At least without the help of the so-called vacationers.

The Minsk agreements, which exist solely on paper, have long been depreciated, and Ukraine is not only not going to implement them, but is also actively lobbying for the idea of ​​revising all existing formats. So, the only way to bring peace to LDNR is to integrate them into Russia.

Little is left: so that the words of the Chairman of the State Duma Committee on CIS Affairs Viktor Vodolatsky are true. And so that if not this year, then at least next year, the number of Russians in Lugansk and Donetsk exceeded one million. In fact, why pull with the inevitable entry of Donbass into Russia?

Ctrl Enter
Noticed oshЫbku Highlight text and press. Ctrl + Enter
We are
Situational analysis of the death of the MH17 flight (Malaysian Boeing 777), made on the basis of engineering analysis from 15.08.2014Results of the week. "God forbid to see Russian revolt, senseless and merciless!"
Military Reviewin Yandex News
Military Reviewin Google News
140 comments
Information
Dear reader, to leave comments on the publication, you must sign in.