Should I spoil the newsletter? 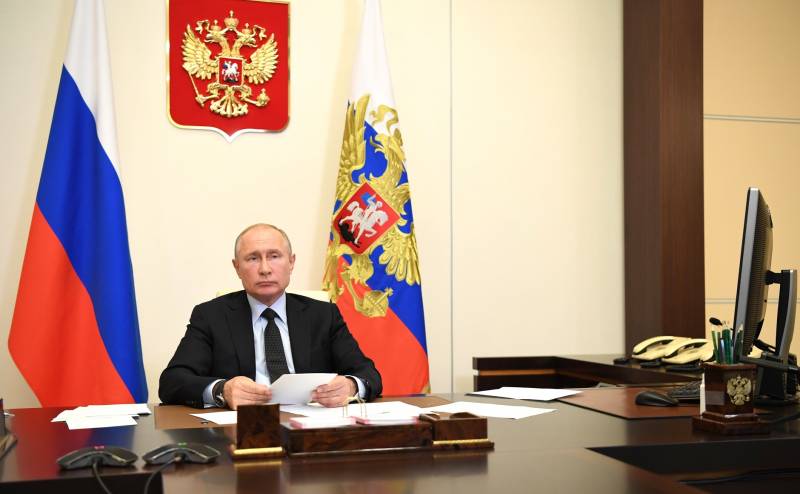 So, we defeated the coronavirus, as it was, in principle, predicted, however, the promised second wave remained. Which will cover us either after the parade (in those cities where it will take place), or after a plebiscite, where our plebs, which is the electorate, will have to choose something. But it can easily pick up this infection in areas, although we are assured of the opposite.


Today, a frank aggressive campaign from our CEC continued, in which everyone is urged not just to come to the polls, but to vote. Naturally, “for” changes in the Constitution. Dozens of complaints have already been submitted to the actions of the CEC ... to the CEC!

Let's just say that I personally do not like that I will vote with a stroke of the pen at once for everything. As our gentlemen Pamfilova said, a complex lunch: vinaigrette, borsch, goulash and compote. And all in one pan, because what difference does it make, everything mixes up in the stomach anyway, right?

But not like that. I would like the cutlets to be separate, and the flies separately. But the authorities don’t want it that way, the authorities like an eternal scenario like “vote, or not that ...” Yes, in general, it is already “not that”, but, alas, they will not offer another.

And here the main question arises: what to do if borsch and compote is normal, and goulash and vinaigrette - well, nothing? Where to get a choice when there is no choice as such?

In fact, though a ghostly choice, there is one.

But here now there will be a small retreat.

In general, what is a plebiscite? Any that constitutional amendments, that referendum of a different nature, that elections?

This is, first of all, the legitimization of political processes that a minority (hundreds or thousands) dictates to the majority (millions).

Why is it so important that a person simply comes to the polling station? But because this action speaks of his recognition of what the minority is doing.

Some people equate legitimate and legitimate authorities. But in vain. These are different things. And if everything is clear with the lawful, then the legitimate power is the one that the majority of the electorate supports.

The best example is Ukraine. They illegally expelled Yanukovych, illegally appointed a management company headed by a bloody pastor, didn’t quite legally hold elections - and according to the election results, everything turned out to be very legitimate! The people really supported Poroshenko with their voices, following his promises!

The legal legality we leave behind the scenes here. Why? And everything is simple: the opinion of the people who voted in this way is higher than the letter of the law.

And this will happen not only in Ukraine, it can happen in any country.

Take the case when a person still came to the site. He will vote “for”, “against”, tear the ballot or eat it - it does not matter at all!

No, I’m not saying that “it doesn’t matter how you voted, it’s important how you counted”, it’s necessary to speak about this separately.

I mean that a person, having come to the polling station and holding out a passport to the registrar, expresses his agreement with what the authorities are doing at the moment. As a contract between the state and the citizen, if you want.

- Ivan Petrovich, do you agree that everything that happens around the Constitution is legal?

And this is confirmed by the signature of Ivan Petrovich in the ledger opposite his name and passport data.

That is, Ivan Petrovich agrees to play this game with the state.

But he agrees with the questions of the plebiscite or not - this is the second action, that is, the vote itself.

This is a very important ritual. Demonstration by voters of the legitimacy of processes in society.

Here, as an example, it is worth recalling the last Duma elections. What panic reigned, how unscrupulously overstated the turnout, how the protocols were forged. It was very necessary to show that more than 50% of voters came to the polls. Because if less, this is also a signal, not only for deputies, but for the whole world. Does the state support the people or not.

Roughly the same thing with the presidential election.

People go and still (I don’t know why) vote for the same Zhirinovsky. It is clear that he will never win. But, having come to vote on a site, people confirm the legitimacy of the election of Putin. Even voting against.

And so in this way the fourth (“for”, “against”, spoiled ballot) version of events developed. By the way, it’s quite normal and legitimate. He just plays a little earlier than ticking the ballots.

Came - did not come.

Expressed the confidence of the authorities or said no.

And here the fun begins. It is clear that now the administrative resource will start working as a nuclear power plant, generating instructions, orders, adjustments, and so on, in order to ensure this very appearance.

Already today (it is not entirely clear, however, on the basis of what), but it was stated that from 60 to 65 percent of voters will come to the vote. Such an attitude was given, apparently, to be no lower than what it was in the presidential election. Because, in fact, everyone will vote for zeroing, that is, for the next election of Putin.

Of course, it is necessary that everything looks quite to itself. Worthy, colorful and legitimate.

It is clear that out of 65% of those who come, 5 or 6 percent will vote against. We have this terrible non-systemic opposition, led by the Dark Lord Liberal N.

For the rest, they promise dancing with bears, colorful shows and everything else. The main thing is that people come to vote in the expected numbers.

And in the end it turns out that the vote as such does not begin outside the doors of the polling station, but in front of them. And first, we, the citizen-voters, vote with our feet for the legitimacy of what is happening in general and express the trust of the authorities, and then we move to the voting room for details.

And there we will express our attitude to the immediate issue that the government has set before us.

So burning, eating, tearing and covering up ballots is completely optional. In any case, taking it in your hands, you have already made the first part of the choice. And they expressed their approval to the state.

So it turns out that we all make the choice before we pick up a sheet of paper and a pen.

Ctrl Enter
Noticed oshЫbku Highlight text and press. Ctrl + Enter
We are
Results of the week. “In our cooperative, the board is always agreed”Results of the week. "God forbid to see Russian revolt, senseless and merciless!"
Military Reviewin Yandex News
Military Reviewin Google News
753 comments
Information
Dear reader, to leave comments on the publication, you must to register.