Prosecutor at the trial on MH17: the investigation revealed a fragmentation form in the form of a “butterfly” 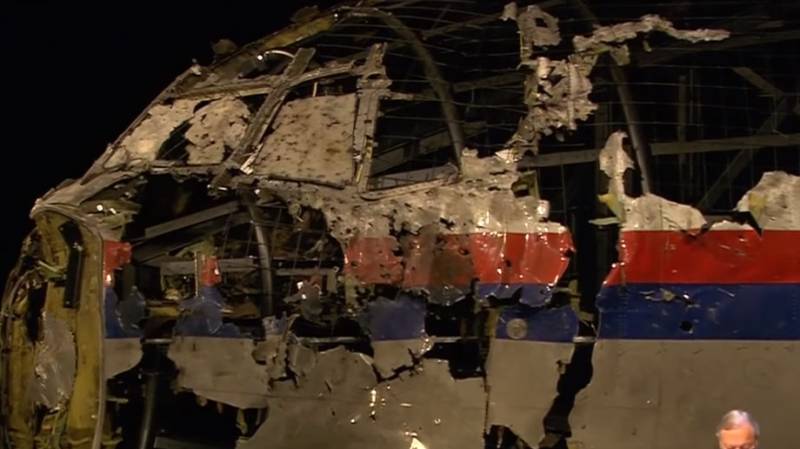 Reports are coming from the Netherlands on how the trial is going on in a high-profile case involving an attack on a Malaysian Airlines liner in the sky over Donbass. The flight followed flight MH17 from Amsterdam to Kuala Lumpur on July 17, 2014 and crashed in the area of ​​the village of Grabovo. Dutch prosecutors are charging three Russians and one Ukrainian citizen.

It is their collective West that considers them to be involved in the attack on the airliner, ignoring any arguments about the need to study materials on the Ukrainian side's involvement in the incident.

It became known about the claims from lawyers. So, the lawyers of the person involved in the MH17 case, Oleg Pulatov Sabine ten Dossheit and Budewein van Eyck, say that they “wanted to go to Russia to talk with the client.

But traveling to Russia was not possible due to the restrictions imposed on travel in connection with the epidemic. For the same reason, we were not able to hear the report of international experts, in which more than 40 thousand pages.
Meanwhile, materials appeared in the Australian press stating that representatives of the Australian criminal police were engaged in the study of fragments of ammunition found in the bodies of the dead and the wreckage of the aircraft. It is alleged that, having studied the fragments, it was "established that they are part of the Russian-made Buk missile system."

Investigators, having examined the damaging fragments, ruled out all other scenarios that could have caused an accident, including an airborne explosion, a fighter attack, and a ground-to-air missile other than the Russian-made Buk missile scenario. In October 2014, the Australian Federal Police went to Ukraine to analyze two dismantled Buk missiles - the older M938 and the newer 9M38M1. The investigation discovered three unique fragmentation forms - “tile”, “lattice” and “butterfly” - in Ukraine.
At the same time, it is not entirely clear whether the investigators found all of these fragmentation forms exclusively at the crash site, or whether they found some of them when exploring missiles in Ukrainian military depots, which were later mysteriously destroyed by fires.
Ctrl Enter
Noticed oshЫbku Highlight text and press. Ctrl + Enter
We are
Dutch "specialists" in the second year of the investigation found an "important find" at the crash site of a Boeing near DonetskReports from the militia of New Russia for 1 September 2014 of the year
Military Reviewin Yandex News
Military Reviewin Google News
58 comments
Information
Dear reader, to leave comments on the publication, you must to register.