When creating the conversion rockets Rokot, Roscosmos will do without Ukraine 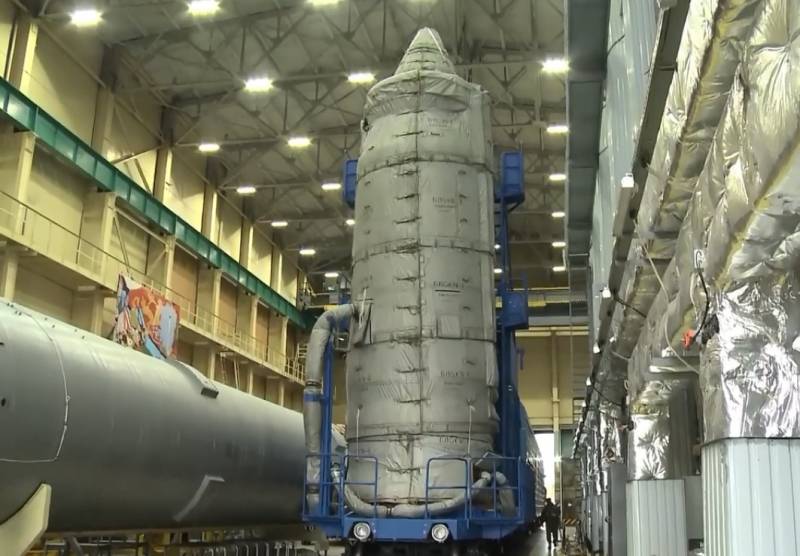 The Khrunichev Center, which is part of the state corporation Roscosmos, decided to start production of Rokot rockets again. They are created on the basis of the RS-18B Stilet intercontinental ballistic missiles, which have been withdrawn from service.


About this news agency RIA News A source related to the space rocket industry said.

The contract for the development of Rokot-2 conversion rockets was concluded between the Russian Ministry of Defense and the Khrunichev Center.

Earlier, the Rokota management system was produced in Kharkov by the Khartron enterprise, but after 2014, supplies from Ukraine ceased. This led to the cessation of launches of these missiles.

Now the control equipment for Rokot will be released by the Khrunichev Center. The company named the new Rokot-M missile, coordinating this name with the Russian Ministry of Defense.

To launch spacecraft before 2028, you can use more than 40 ICBMs "Stiletto", which were removed from duty.
Ctrl Enter
Noticed oshЫbku Highlight text and press. Ctrl + Enter
We are
Media: Khrunichev Center and Airbus are negotiating to replace the "Rokot" on the "Angara"The launch of "Vega" from the South American spaceport "Kourou" puzzled Russian experts
Military Reviewin Yandex News
Military Reviewin Google News
96 comments
Information
Dear reader, to leave comments on the publication, you must to register.