“And I ask you to stay, Crew Dragon”: SpaceX’s spaceship lingers in orbit 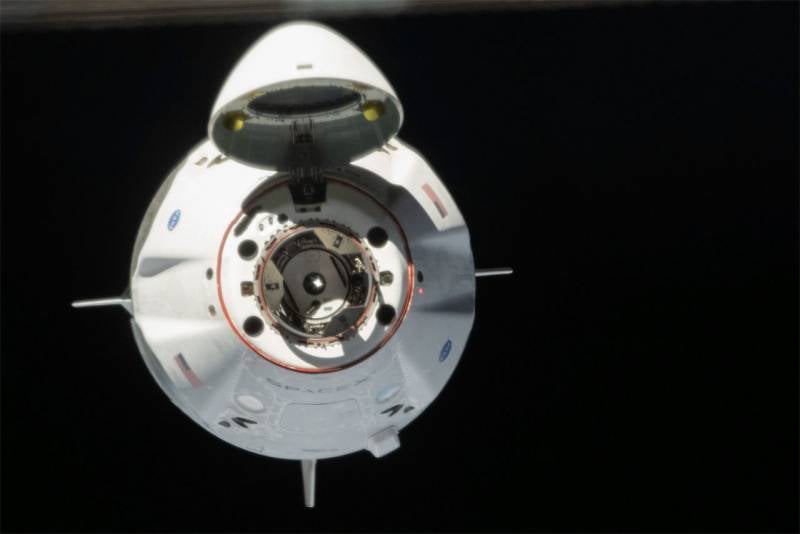 Dear friends, it's Friday in the yard! And this means that it is time to talk about the most serious topics that excite the minds of all mankind. Military Review, having spent many hours on a sleepless night, decided that the most important of the arts, uh ... of themed materials for all of us today is space.


In the section “Club of Friday Lovers” a small material is presented devoted, of course, to the epoch-making event of our time - how American astronauts Hurley and Benken plowed up the vastness of the Universe on the zealous Crew Dragon spaceship from Ilon Mask.

Not even 60 years have passed since the first manned flight into space, when suddenly ... such an achievement. The American cosmonautics (aka astronautics) - the one that has already flown to the moon, remembered that it was time to take a small step of man and a big step for humanity. The schedule is strict - every half a century, a step ...

Rumor has it that Dmitry Rogozin acted as the main stimulator for the American flight. His “trampolines” hurt the American partners so much that the American fitters set themselves the task of proving to the head of Roskosmos that they weren’t embarrassed as part of the caps competition. It is believed that this is why the portrait of Dmitry Olegovich today should hang in every office not only SpaceX, but also NASA. The skillful motivation carried out by Dmitry Rogozin allowed the American astronautics to finally feel the presence of gunpowder in the powder flasks. And on the neck, every American astronaut should now have a scaled copy of the Russian IDA docking adapter (APAS95-NDS), as a symbol of the successful docking of Crew Dragon with the International Space Station.

In the United States, prepared to meet the astronauts-heroes who made a space flight to the stars to the ISS. Waited for a meeting a day after the docking, waited four days later. But soon the week at the station is about to expire, and the cart (Crew Dragon) is still there. It is worth recalling that SpaceX announced the return of the "Dragon" to the earth in the days of the so-called "open windows". But instead of the triumphant return to Earth, astronauts Hurley and Benken either unload the Japanese space cargo ship or ring the bell, opening exchange trading in New York from orbit. It is understandable. The crew on the ISS in the previous composition is boring, because they do not want to let the new arrivals go. They offer responsible tasks "from the fence to lunch." Well, in fact, someone drilled a hole in Crew Dragon, so that the Mask ship would stay longer in orbit ...

Now they decided to exaggerate an unofficial statement about the "several months" stay. At the same time, the phrases “from a month to four” look strange for astronautics, where they are accustomed to more accurate parameters for completing missions.

As one famous character used to say: "And you, Crew Dragon, I will ask you to stay." And it remains. Till. 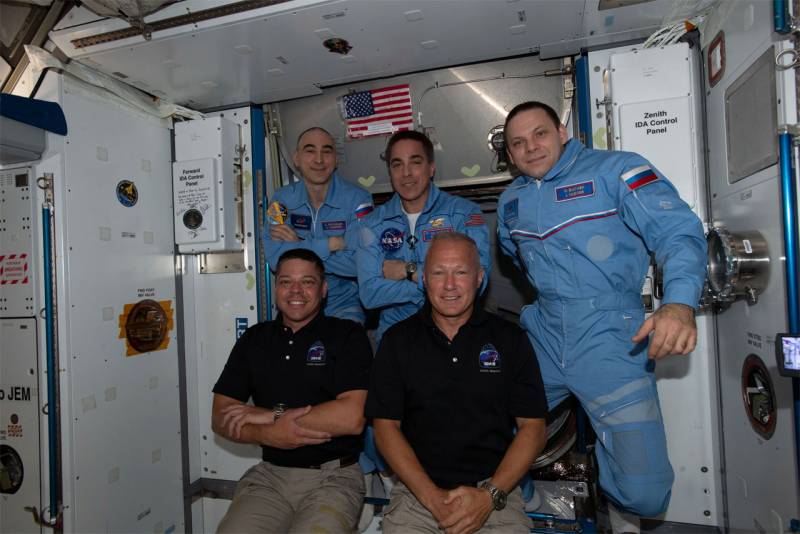 When the ship returns, they do not say either in NASA or in SpaceX. Why they didn’t return to the “open windows” indicated earlier, they don’t say either. Instead, they talk about the anniversary of the first flight of the Falcon 9 - the very launch vehicle that sent Crew Dragon into low Earth orbit.

All in all, Benken and Hurley on Earth have already been waiting. If loaf baking existed in the American tradition, then by that moment it would have solidified in anticipation.

Ctrl Enter
Noticed oshЫbku Highlight text and press. Ctrl + Enter
We are
US astronauts arriving on Crew Dragon to the ISS had to unload the Japanese cargo ship KounotoriSnorted All the Way: US Astronauts Tells Crew Dragon to ISS
Military Reviewin Yandex News
Military Reviewin Google News
325 comments
Information
Dear reader, to leave comments on the publication, you must to register.