In Russia, they are testing a new version of the Coalition-SV howitzer 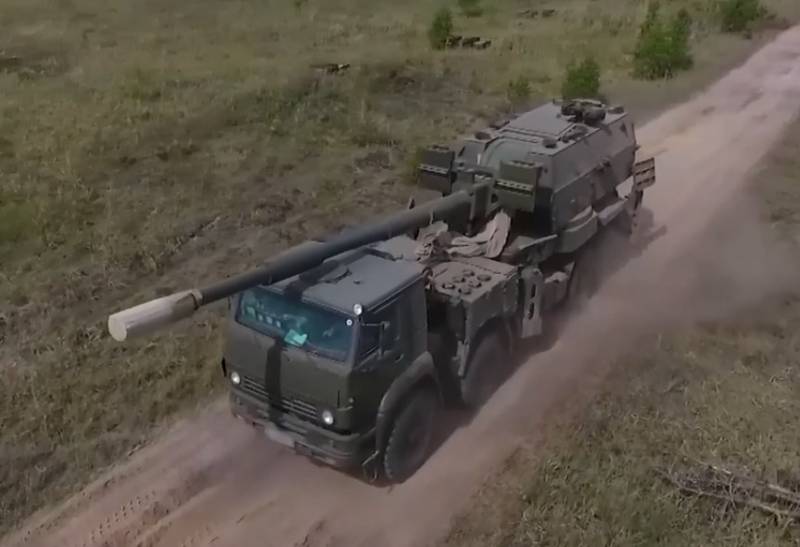 The new version of the Coalition-SV self-propelled howitzer is tested on a different type of chassis. Its developer is the Central Research Institute "Burevestnik", which is part of the Uralvagonzavod concern of the Rostec state corporation.


This was reported to the Zvezda channel by the head of the department of Burevestnik JSC Vasily Nabatov.

Now, along with the Coalition-SV self-propelled howitzer, its wheeled version has also appeared. Now they are testing her small series. They are carried out at a training ground in the Nizhny Novgorod region.

Howitzer "Coalition-SV" has a gun caliber of 152 mm. As a chassis for new equipment use the KamAZ-6550 car.

The caterpillar version of this self-propelled howitzer entered the army only this year. But for the first time this technique was demonstrated at the Victory Parade in 2015.

According to Vasily Nabatov, wheeled Coalition-CB2 has several advantages over caterpillar equipment. It is more mobile and able to travel on ordinary public roads. In addition, a self-propelled howitzer based on the KamAZ car has a greater resource than the tracked version.

Highly appreciated the new technology commander in chief of the Ground Forces of the Russian Federation Oleg Salyukov. He believes that in its combat characteristics it is significantly superior to other domestic and foreign counterparts.
Ctrl Enter
Noticed oshЫbku Highlight text and press. Ctrl + Enter
We are
The first A-190-01 gun mount manufactured by Petrel and Motovilikh is readyThe Petrel Research Institute has developed a concept for the development of mortar weapons of a battalion link.
Military Reviewin Yandex News
Military Reviewin Google News
218 comments
Information
Dear reader, to leave comments on the publication, you must to register.