Pandemic: don't look for a black cat in a dark room 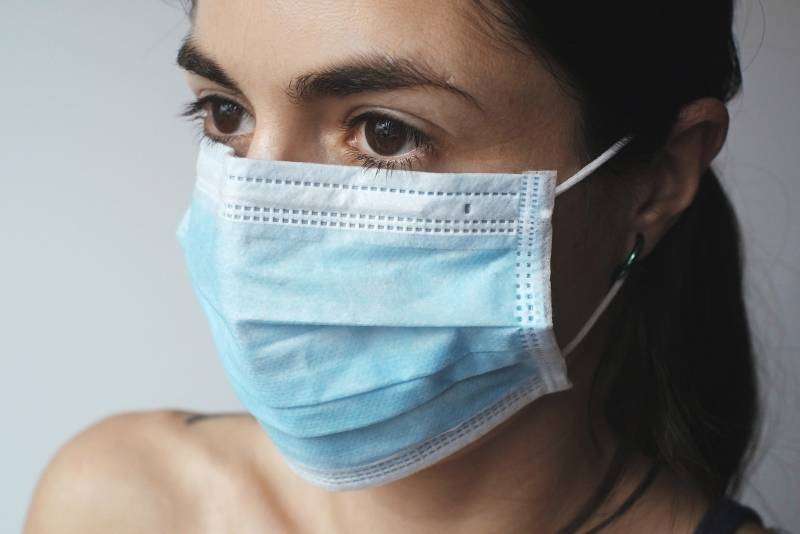 The danger is not there ...

Many of these lines already go on social networks. But the author did not begin to ask questions at once, but towards the end of quarantine, when he wants to run away especially strongly.

The way out of the coveted press was even closer, but there were only more questions, as there were much more of those who asked such questions almost daily and even hourly.

However, today he not only asks questions, but also tries to give answers to them, not from the point of view of a specialist epidemiologist, but from the standpoint of common sense, which many more have managed to not completely lose. The thing is that today, fortunately, there is enough information not only to intimidate the population and justify punitive measures, but also to preserve this common sense.

Firstly, there is no doubt that COVID-19 is not a particularly dangerous disease. But simply dangerous. The same as influenza, viral pneumonia or SARS / ARI.

COVID-19 is caused by the SARS-CoV-2 coronavirus.

SARS-CoV-2 is a new and poorly understood virus. But his family, his viral nature do not allow us to talk about his particular danger and terrible mortality.

SARS-CoV-2 is transmitted from person to person, like other respiratory diseases, for example, as a common SARS. The probability of catching it through the surfaces is negligible and unrealistic, and in the open air it is minimal - unless, for example, when, for example, you chat with an infected interlocutor for half an hour, spraying each other with saliva or sing songs with him, hugging and laughing.

Gloves, antiseptics, disinfection are not needed. Even the WHO did not deny it, and once they agreed in the Russian Ministry of Emergencies, but then they shut up, because the launched capacities, especially in Moscow, must now be paid back. However, scented soaps and fluffy towels are enough. And quite.

Masks, of course, are needed by patients, doctors who are in contact with patients, as well as those who really want to wear them for their own peace of mind during an epidemic or outbreak.

80-85%, that is, the almost absolute majority of SARS-CoV-2 infected, will tolerate it either asymptomatically or as a normal SARS. For children under 15 years of age, who in 90% of cases do not even know anything, as well as for young people under the age of forty, the virus will go almost unnoticed.

Percentages of 15–20% of adults from forty years of age and older SARS-CoV-2 can catch strongly. In 90-93%, pneumonia of varying severity will become complications; in other cases, it will strike in weak places: in the heart, kidneys, and vessels. The main danger remains people over 70, especially chronically ill patients - hypertensive patients, diabetics.

There is no SARS-CoV-2 treatment, as is the case with ARVI and influenza. Only symptomatic. I would like to hope that it will, but so far all reports on the successes of scientists are nothing more than a fake.

Primary control agents are the most common: paracetamol, heavy drinking, airing, walking in the fresh air. And immunity, as it seems to me, will be conditional, as well as to other flu and ARVI.

The appearance of a vaccine is also unlikely. If she appears quickly, it will almost certainly be a useless placebo and it would be nice to be safe.

SARS-CoV-2 itself, most likely, will disappear as it appeared. His second wave will be invisible, I do not believe in it at all. How inconspicuous would be the outbreak in Wuhan, if it had not been driven further ...

Testing for SARS-CoV-2 is carried out with gross violations of all principles and postulates of determining viral diseases. Antibody testing is also pointless.

For example, now no country, no institute can provide statistics, for example, for viral pneumonia or complex flu, not related to SARS-CoV-2. However, outbreaks of these diseases have always claimed thousands of lives. What is their weight among sick people and deaths in the general statistics of KOVID-19, which were recorded in most countries in a row?

Tests for SARS-CoV-2 not only gave false positive or false negative results, but they could also respond to other coronaviruses, to any SARS.

The global pandemic announced after the outbreak in China is not.

So isn’t it enough to lie?

In the foci of the SARS-CoV-2 epidemic in Italy, the USA, any other countries and places, a crazy infectious mix was created in hospitals, polyclinics, and nursing homes. Getting there was akin to playing Russian roulette.

The wave of panic and lack of professionalism (from politicians and journalists to scientists and doctors) led to terrible consequences. 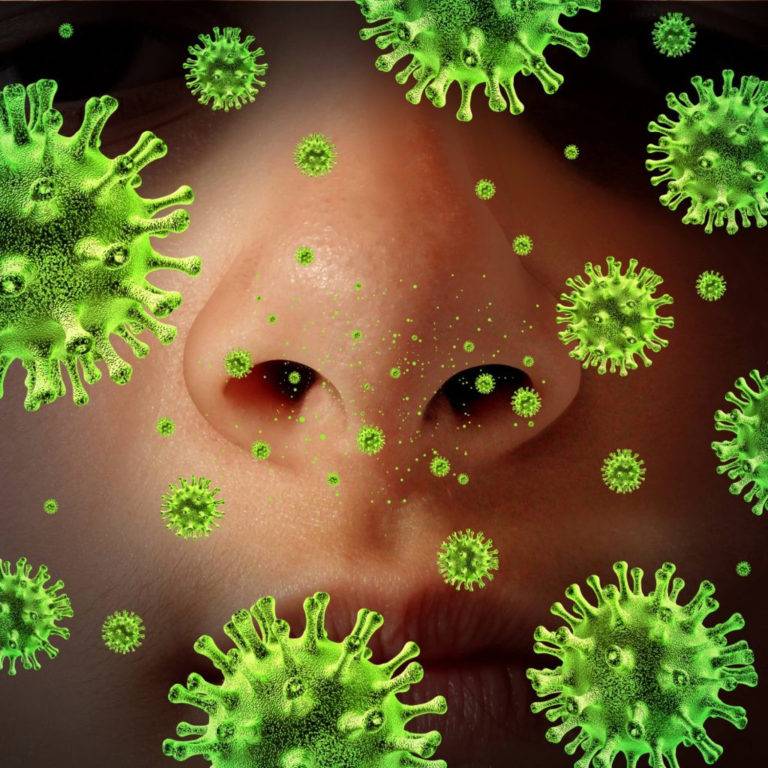 Image: chestandlungssurgeon.com
Government systems and society were absolutely unprepared for a pandemic or quarantine, which, in its essence, was false. It is necessary to send patients to quarantine, and not all in a row, is it really all that was forgotten right away?

The measures taken, ranging from quarantine to the reaction of social networks, which were filled with panic and false, as it turns out now, facts. These facts came from anyone, including doctors - they were redundant, and often did not solve problems, but only exacerbated them.

Key decisions to combat the epidemic were not made on the basis of existing norms and rules of epidemiology, but from scratch by ignoramuses and professionally unsuitable officials.

The medical-bureaucratic community, having forgotten about the main medical principle “do no harm”, began to be guided by the principle of “help” or “and if so?”

In particular, the protocols for treating viral pneumonia were forgotten, instead of all they were stuffed with antibiotics and drugs with side effects according to schemes invented on the go, put on mechanical ventilation ...

How many people with common SARS, influenza according to false tests for KOVID-19, how many panics, how many other diagnoses ended up in hospitals, clinics and were infected with viral pneumonia and other infections, and at the same time with other viruses, including the same SARS-CoV -2?

How many people self-medicated, drank antibiotics, drugs against malaria, aspirins, zinc, having read the blogs of doctors. It’s now that some of the doctors, recollecting themselves, began to write that all drugs, all the horrors and complications they write about, occur in 7-8% of severe cases, they do not threaten the absolute majority, and drugs can do even fatal harm.

And if you are sick with something similar to KOVID-19, take paracetamol and a warm drink. And step march - under observation. All of us with the flu have always been told that if the temperature lasts for a conditionally week, then you just need to start to worry and then the doctor will prescribe antibiotics and so on, on the basis of the general picture, and not just tests and tests.

Many high-profile cases are replicated in social networks, but they can’t be taken for granted and thought that they are so scary or will affect you personally, or we’ll necessarily immediately swallow tablets and run on CT.

The treatment of viral diseases, I repeat, is difficult, long and expensive in every sense. And everything is sometimes decided by details that are not described by bloggers or not understood, and not explained by doctors.

Our government also does not particularly like the principle of “do no harm”. And in this case, having received full moral right not to allow a single tear, launched a full carte blanche.

There is an opinion that we here in Russia lately especially remind those very natives who profess cargo cult. Copying foreign practices, we create here something special from improvised materials, and then we wonder why everything falls apart, and even smells bad.

In the case of this coronavirus struggle, this point of view was largely confirmed.

The start of mass hysteria was given from here: no, they say, we have no hospitals, no tests of our own, no drugs, no masks, no mechanical ventilation, no managers. Only billionaires-officials and billionaires-chief physicians.

Mindless copying of Western and Chinese treatment protocols, quarantine measures plus their own initiative, which in Russia is called “make a fool to pray to God ...” And all this was aimed not at work, but at controlling cash flows and citizens - a source of fines.

It was fortunate that there were no nursing homes, as were the elderly themselves. Our country is young, most managed to die out before the pension reform, and now it is so resistant to this coronavirus.

Fearing, we have already given too much to the authorities. We believed the authorities, for once again. And once again deceived. And with us it was not so much with freedom, but now it is completely ... Where is it?

We abandoned Easter, Victory Day and the parade, receiving in return codes, “Social Monitoring”, voluntary quarantine without compensation and explanation, masks and gloves.

What's next? They promise a lot, a lot. But for now we have this: a collapsed economy, millions of unemployed, poverty and the collapsed health of the whole people. For what?

Let's try to weigh it on our scales. It was worth it? Coronavirus is a catalyst, an accelerator of all processes, it is a test. And I did not like this test.

Fear will go away. Anxiety will remain. Anxiety from uncertainty. But everything has been done “for us,” for our own good, so that we worry less.

Ctrl Enter
Noticed oshЫbku Highlight text and press. Ctrl + Enter
We are
About Stalin and KhrushchevWhat you didn't want to know about England
Military Reviewin Yandex News
Military Reviewin Google News
347 comments
Information
Dear reader, to leave comments on the publication, you must sign in.