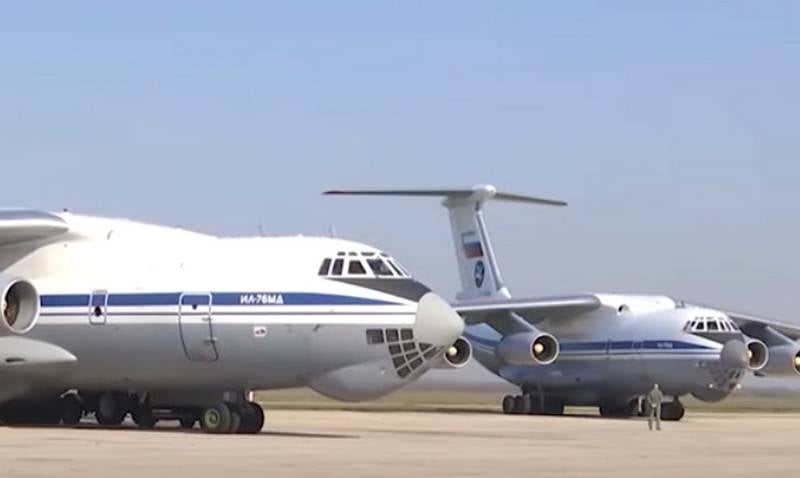 Russian servicemen left Serbia, where they assisted the Serbian military in the fight against coronavirus. All three Il-76 aircraft of the Russian Air Force VKS flew from Belgrade to Russia. This was reported by the press service of the Ministry of Defense.


As previously stated in the Ministry of Defense, on May 16, 2020, three military personnel from the Russian Armed Forces, from Serbia, will deliver 40 military personnel and 4 units of special equipment to assist the Serbian military in the fight against the spread of coronavirus.

All three Il-76 aircraft of the Russian Aerospace Forces with military personnel and special equipment from the combined detachment of the Ministry of Defense of Russia, which performed tasks to assist in the fight against the spread of coronavirus infection in the Republic of Serbia, flew from Batainitsa airfield (Belgrade, Serbia) to the Russian Federation
- said in a statement.

You came to us at the most difficult moment, Serbia felt that it was not alone, that Russia was with it. When will be written история Today, your contribution will not be forgotten, we are proud to have fought the epidemic together. Thank you for renewing the ancient hope of the Serbian people, that distant but close Russia, along with the Serbian people, thank you from us, from our descendants - thank you memory (...)
- said the head of the Serbian military.

On May 15, the military department announced the complete withdrawal of RCHBZ units, special equipment and military doctors from Italy.

The day before, Russian Defense Minister Sergei Shoigu reported to Russian President Vladimir Putin that the Ministry of Defense had completed its assistance in the fight against coronavirus and was withdrawing consolidated detachments of specialists in the Russian Republican Chemical Medicine and military doctors from Italy, Serbia, Bosnia and Herzegovina. At present, Russian specialists have remained only in Armenia, where they continue to assist Armenian colleagues in the fight against infection.
Ctrl Enter
Noticed a mistake Highlight text and press. Ctrl + Enter
We are
The Ministry of Defense has completed the transfer of military specialists and equipment to SerbiaToday, the military transport aviation of the Air Force marks another anniversary of the formation of
37 comments
Information
Dear reader, to leave comments on the publication, you must to register.