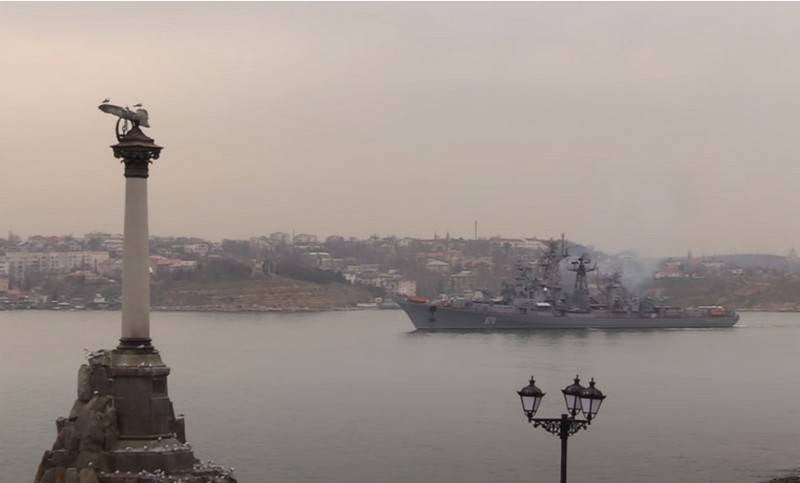 The watchful ship "Shrewd", removed last year from the current Black Sea fleetBefore becoming a museum, will pass the dock repair at the "Sevmorzavod". This was reported by TASS with reference to a source in the shipbuilding industry.


According to the agency’s source, the ship will be docked in early June, after which corresponding work will be carried out on it for about a month. After docking, “Shrewd” will be moved to the new parking lot as a museum ship, where he will wait for the opening, which will be timed to coincide with the Navy Day (celebrated on the last Sunday of July). The crew will have a reduced crew, which will further ensure its unsinkability by analogy with the Aurora.

As previously stated by a member of the Federation Council, former deputy commander of the Black Sea Fleet, Vice Admiral Valery Kulikov, Artbuhta could become the likely parking spot for the ship-museum "Shrewd".

At the beginning of April of this year, "Savvy" was included in the book of records (achievements) of the Armed Forces of the Russian Federation with the wording - 50 years in the Navy. The main achievement of the ship is a twofold excess of the design service life, as indicated in the certificate, which was awarded to the command of the Black Sea Fleet. It is noted that despite the considerable age, the ship until the last carried out combat missions.

We are in Yandex Zen
The watchful ship “Shrewd” Black Sea Fleet will become a museum in Sevastopol
Marshal of the Soviet Union Viktor Kulikov died in Moscow
22 comments
Information
Dear reader, to leave comments on the publication, you must to register.