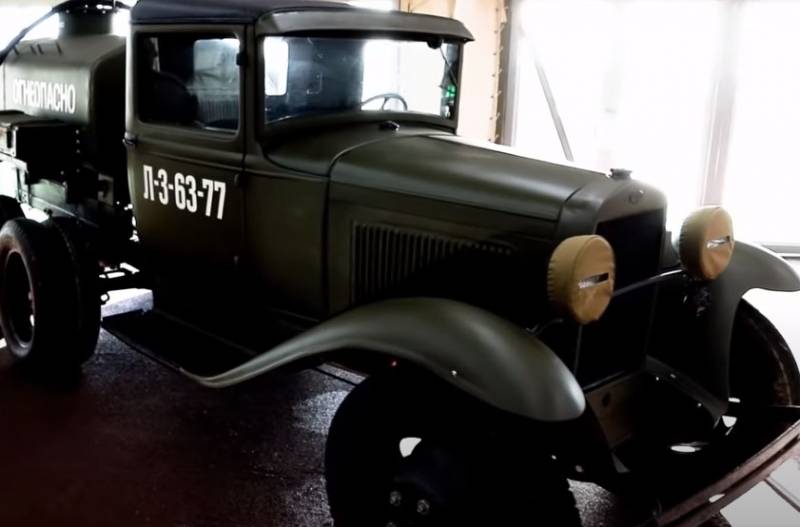 The Great Victory was forged at headquarters, at the fronts, as well as in design bureaus and factory floors. An invaluable contribution to the common victory over the enemy for all was made by motorists and car designers in the USSR. Everyone knows the widespread use of the so-called one and a half trucks - GAZ-AA trucks. But there were rarer trucks during the Great Patriotic War. Among these are GAZ-AAA and ZIS-6.


These are cars that are very similar in many ways. For example, a single 6x4 wheel formula is implemented for them. ZIS-6 began to produce in 1933, and GAZ-AAA - in 1934.

The load capacity of the ZIS-6 in comparison with its predecessor ZIS-5 became more per tonne, amounting to 4 tons in total. Such trucks were used not only for transportation of goods. There were many modifications of the ZIS-6, in which weapons, searchlights, and fuel tanks were placed in the body. In the fall of 1941, Katyusha rocket-propelled mortars were initially mounted precisely on the ZIS-6 chassis.

The video review of the magazine "Driving" provides a detailed description of the ZIS-6 and GAZ-AAA. In particular, an assessment is made of the engines of the trucks, the fuel supply, and their thrust. All the main characteristics of these cars that played a role in the Great Victory are presented.

Ctrl Enter
Noticed a mistake Highlight text and press. Ctrl + Enter
We are
"Zakhar Ivanovich" or "three-ton" - truck ZIS-5Submarines of the Pike type
19 comments
Information
Dear reader, to leave comments on the publication, you must to register.