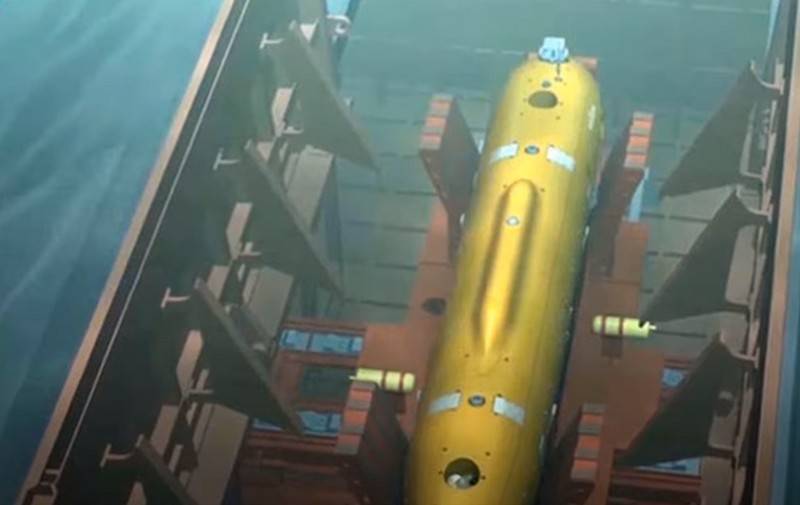 The standard carrier of Poseidon unmanned aerial vehicles - the Khabarovsk nuclear submarine of project 09851, will be launched, most likely, at the end of June this year, there is no exact date to date. This was reported by TASS with reference to a source in the military-industrial complex.

Khabarovsk will be launched the earliest at the end of June. No exact date yet
- the agency leads the words of the source.

Earlier other news Agency - RIA Novosti - with reference to its own source, reported that Khabarovsk will be launched at the end of May this year. After the descent, the submarine will be completed afloat, after which the carrier of the Poseidons will go for trials, which will take at least two years. It was clarified that there were no official comments on the submarine either from the Navy or from shipbuilders.

It should be noted that the Khabarovsk nuclear submarine will be a regular carrier of underwater uninhabited vehicles and, according to unconfirmed reports, will be able to carry at least six Poseidons on board. At the same time, the Belgorod multipurpose nuclear submarine of Project 949A Antei, specially converted to Poseidons and launched on April 23, 2019, will be an experimental carrier.

The Khabarovsk project was developed at the Rubin Central Design Bureau (TsKB), the submarine itself was laid down at Sevmash in July 2014. The technical details of the project are not reported.
Ctrl Enter

We are in Yandex Zen
The timeline for launching the Poseidon carrier - the nuclear submarine Khabarovsk became known
Staff carrier "Poseidon" launched before the end of the year
41 comment
Information
Dear reader, to leave comments on the publication, you must to register.