What awaits the Russian village: a new life or a gradual decline 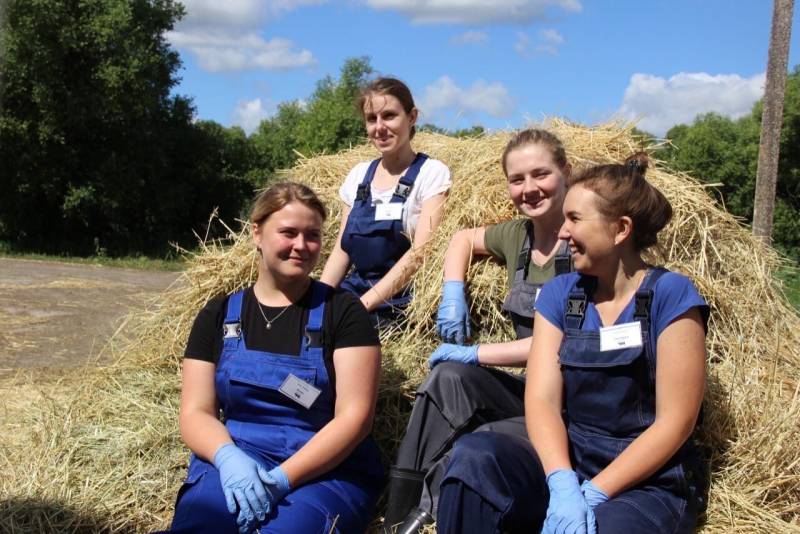 From time immemorial, the village has been the deepest foundation, the “roots” that not only fed our country in the literal sense of the word, but also constantly fed its human potential with fresh blood, millions of new citizens, from the remote places that gave them life, sometimes reaching the very tops and becoming the pride of the motherland. However, today, residents of the countryside, unfortunately, are mostly associated with grandmothers and grandfathers in our country, which indicates an extremely serious problem that has matured in the country.


Alas, it is the elderly and the elderly who make up the majority of the population of our villages. Generally speaking, the bias towards urbanization in Russia is already very large: almost three quarters of the population lives in cities. However, this ratio was laid down in the days of the USSR and remains almost unchanged all the time after its collapse. A much more painful issue, of course, is the constant outflow of youth from the village - those who can only breathe new life into it, prevent the death of our original rural roots and the inevitable economic and social disasters.

The migration of young people from village to city has always been a fairly natural process. In the end, such moments as getting a serious education, military service without him are simply impossible. Yes, and our eternal "people to see, show themselves" also has not been canceled - youth is characterized by curiosity, a craving for a change of place, everything new. Another question is whether the young villager will return to his father’s shelter or prefer to settle in the city, at any cost, despite the problems and inconveniences associated with this. Unfortunately, this is most often the case today.

Among the main incentives that prompt such a choice, young people from Russian villages indicate the lack of home opportunities for normal employment, social and material growth, the inability to receive a decent education or normal medical care in the village, housing problems, and poor opportunities for leisure and recreation. Many also complain, for example, about poor infrastructure. The lack of the same gasification or roads (available for most of the year, you can only move on a tractor or armored personnel carrier) who you want to beat off the thirst for life in the lap of nature.

The result is a kind of "vicious circle": young doctors and teachers are not rushing to the village, to put it mildly - here you have the lack of education, problems with medicine. Entrepreneurs do not want to start and develop their business there - and then where do the jobs come from? This sad list can be continued for a long time, but I would like to note another. Just the current degree of technology development provides completely unique opportunities in order to attract young people to the village and create acceptable living conditions for them.

After all, learning can be remote, and cultural rest today for most young people is not dancing at the club. You can watch the latest film or listen to the last concert of your favorite band without leaving your home at all - as well as being in the know News. Internet commerce can very well provide for the purchase of almost any goods without the need to make, as before, a trip to a district or even a regional center.

However, in order for all this to really begin to work, the mere provision of our villages with high-quality Internet and communications is not enough (although these points are of great importance today). Good roads are needed that can provide constant transport links. Real state support is required for housing construction, primarily individual housing, provided with soft loans available to the villagers starting their life's journey. The state, and only the state, can provide villages with decent medical care at least at the primary level and create conditions for unhindered and most convenient access for their residents to more serious medicine.

Moreover, the main thing, of course, should be comprehensive support at the state level and maximum stimulation of the development of the country's agro-industrial complex. When agriculture starts working, jobs will appear in the villages, the necessary infrastructure, and normal social and living conditions. Until this happens, we will remain at the level demonstrated five years ago by an anonymous survey among students from the Moscow Agricultural Academy named after K.A. Timiryazev. Alas, 82% of them unequivocally stated a categorical reluctance to return after graduation to their native places.

Author:
Alexander Kharaluzhny
Photos used:
from the VK page of the Lipetsk branch of the Russian Union of Rural Youth

Ctrl Enter
Noticed a mistake Highlight text and press. Ctrl + Enter
We are
Raising the retirement age. Forced measure for the development of the economy or a threat to the social order of the country?Results of the week. "God forbid to see Russian revolt, senseless and merciless!"
259 comments
Information
Dear reader, to leave comments on the publication, you must to register.