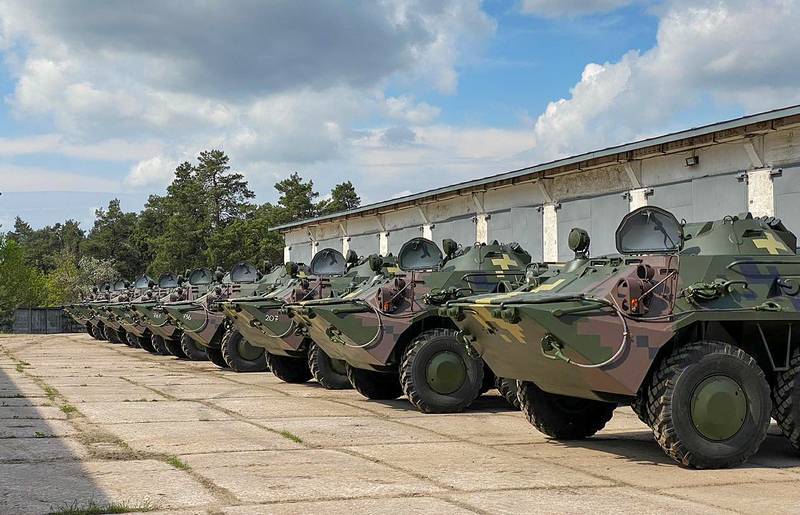 The Armed Forces of Ukraine received a new batch of military equipment. According to Ukrainian media, which widely covered the program, in total, the Ukrainian military received nine BTR-80 armored personnel carriers after the repair.


According to the press service of the Ukroboronprom concern, the Kiev armored plant handed over to the APU nine BTR-80 armored personnel carriers, which underwent repairs as part of the state defense order. At the same time, the equipment was handed over half a year late. The delay was explained by the lack of funding and the additional amount of work.

Today we are delivering to our defenders the last batch of repaired BTR-80 armored personnel carriers. The work had to be completed in a special quarantine mode, but all our obligations under the 2019 state defense order have now been fulfilled
- said the director of the Kiev armored plant Vladimir Sinyavsky.