As a ban on propaganda of child pornography and drug making, they are trying to connect with restriction of freedom of speech in Russia

July 31 2012
111
11 July passed amendments to the Federal Law "On protecting children from information harmful to their health and development" The State Duma of the Russian Federation, exactly one week later, the amendments were approved by the Federation Council, and now the president has signed the final version of the new document. 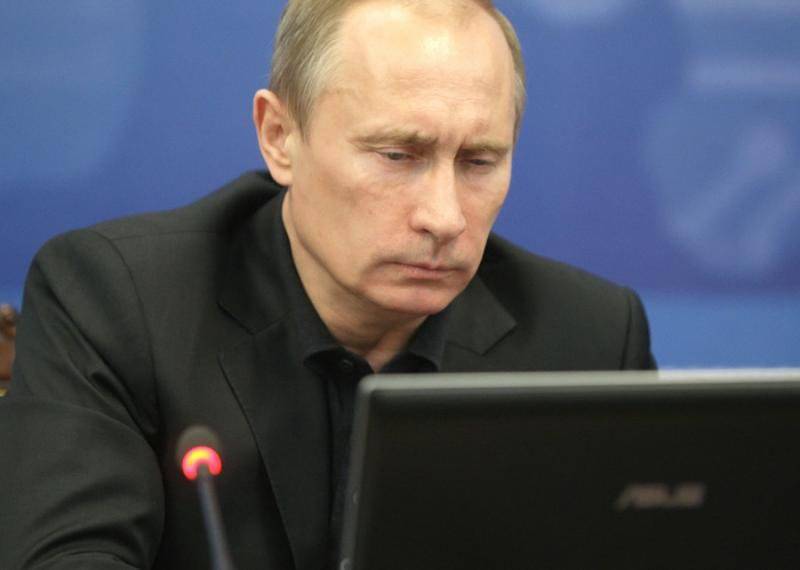 The document even before its signing by Vladimir Putin caused heated debates, especially in the Runet spaces. However, many individuals who criticized the amendments were not, in fact, familiar with the amendments themselves. Therefore, the protest, which was expressed in the suspension of some sites some time ago (a protest of the Russian-language Wikipedia, Vkontakte and a number of other sites), can be considered a “blind demarche” when no one knew the “enemy” in person, but already allowed to paint a picture of the information apocalypse .

And now, strictly speaking, about the essence of those legal metamorphoses that occurred with Federal Law No. 436, the initial version of which was adopted as early as 2010.

The essence of the amendments to the №436 - ФЗ "On the protection of children from information harmful to their health and development" is as follows: the first article of the Federal Law has undergone a series of changes concerning the regulations for the display of a media product. In particular, the designation of information products for people of different ages is regulated. So, for example, a media product that is designed for children under the age of 6 will be necessarily marked with a zero and a minus sign. TV shows and Internet content for children aged 6 to 12 years, the publishing party will be required to mark either the number "6" and a plus sign. In addition, you can use the phrase: "for children older than 6 years." However, if you use this phrase, you may get the impression that the content is also suitable for an 16-year-old teenager ...

If media products for children are not intended at all, then they should be labeled as "18 +" or the phrase "prohibited for children."

All specified markings, according to the new rules, must occupy at least 5% of the page (screen size) provided for the material.

New amendments contain information about who will conduct an examination of a media product, whether it be in the media, articles on the Internet, TV shows or movies. Obviously, the very experts on whom such a task is imposed expects a truly titanic work, because tracking the content of a gigantic information flow on television, in print media and on the Internet is, frankly, a tremendous work.

One of the most discussed sets of amendments to 436-th Federal Law was the so-called “black list of sites”. It is planned that the activities of those Internet sites on which prohibited materials are published will be subject to significant restrictions. In this regard, it is worthwhile to list the rules by which materials will be sorted into prohibited and non-prohibited.

1. In particular, if the site contains materials with pornographic images of persons who have not attained 18 years, or calls to engage in pornographic activities that are addressed to minors, then such materials are declared prohibited.
2. If information about how to manufacture and use various narcotic substances, precursors and psychotropic drugs is published on a certain site, as well as about where are the places of cultivation of narcotic plants with descriptions of cultivation methods, then such materials are also considered prohibited.
3. Materials in which it is a question of calls for suicide, methods of committing suicide, are also classified as prohibited.

Here, let's say, three whales, the presence of which caused the most fierce debate on the Internet. Opponents of such amendments to the Federal Law X-Numx hurried to declare that this desire of the authorities to somehow curtail freedom of speech in Russia, put pressure on the RuNet and stuff like that.
Yes, undoubtedly, some questions to the authors of the amendments still arise, but the ban on the demonstration of sexual intercourse with the participation of minors, the ban on publishing data on the rules of using certain drugs with the infringement of the rights and freedoms of Russian citizens cannot be linked. If for someone it is such information that is associated with personal freedom and general freedom of speech in the country, then it is, excuse me, more like a disease, rather than attempts to defend their interests. After all, it’s pointless to argue with the fact that Runet today has a rather impressive cluster that aims to make a profit on providing information to children and adolescents of a very dubious nature. A business on the very prohibited information in RuNet lives and thrives, bringing serious profits to those who organized this business.

And today, more than others, it is those who are not ready to give up their usual earnings, based on the prohibited content indicated above, who state that the amendments to FZ-436 are wrong. Certainly, in this case, it is politically more advantageous to declare our indignation by associating it with restricting freedom of speech in Russia, arranging strange demarches with disabling websites, rather than saying openly that we are against the closure of our anti-law business on the Internet.

One of those resources that expressed its apparent disapproval of the new amendments to the law was LiveJournal. This megapopular project decided to turn off its work for a day in protest about the position of the Russian authorities. However, those who own this service, for some reason did not dare to openly admit that the livejournal contains tens of thousands of pages that not only promote drugs, but also call upon young people to “distract” from the complexities of the real world with their help. Unfortunately, in my material I cannot provide links to the specified materials (which, by the way, are not deleted today), since this can be interpreted not as a confirmation of the above words, but as advertising of prohibited content. Although it’s not necessary to give these links in the article, because such a search system as Yandex when entering, for example, the phrase “Instructions for the production of drugs” gives 3 as many million links found ... The Google search system when typing in the search bar the phrase “ Child pornography offers to view more than 245 of thousands of countries with relevant content, many of which lead to the popular social network Vkontakte in Russia. These figures explain why, for example, it was the owners of Vkontakte, one of whom (Mr. Durov) had fun not so long ago, launching airplanes from 5000-ruble bills from the office window, decided to protest against the amendments to the Federal Law. After all, if the examination reveals that the groups dedicated to child prostitution, drug-making, suicide clubs and other materials of “free Russia” have remained unclosed, then Pavel Durov can already launch his origami from quite different windows.

That is why we hear the heart-rending cries about the infringement of freedom of speech, the funeral of civil society, the blocking of oxygen for opposition movements. But it must be remembered that those who shout the loudest “Fire!” Usually are the arsonists ...