"Boomerang" after the Su-57 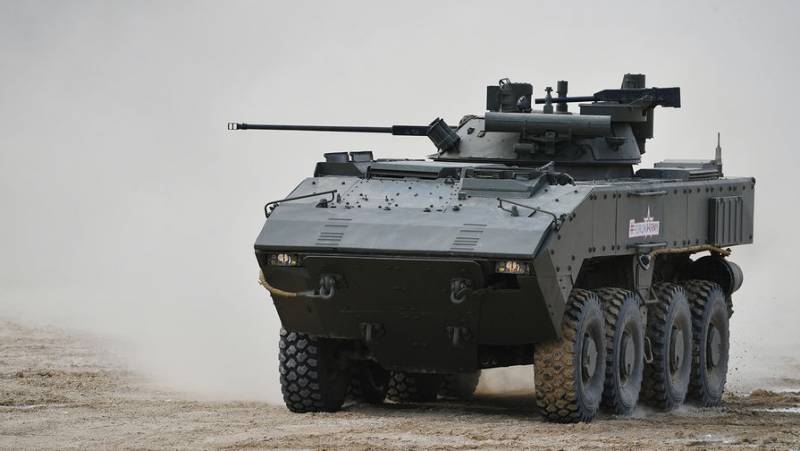 It is bad to be a prophet in your own country. But alas, what has been said repeatedly before has happened.


Rosoboronexport, through the words of CEO Alexander Mikheev, spoke of the “huge export potential” of the Boomerang platform. Yes, the very one that was so impressive in parades, which is the latest, not having, superior and so on in the text.

I’m translating: by analogy with the Su-57, MiG-35, this means that the Ministry of Defense refused to buy Boomerangs for the Russian army.

Accordingly, the car went to develop any markets other than domestic. Well, really, why do we need this Boomerang if the BTR-82A does its job perfectly? Or is it not that Mount VPK gave birth to another mouse, but something else?

There are no complaints against the military-industrial complex. Judging by the articles in the media and TV reports, every year we invent something so deadly, which has no analogues in the world, is advanced and so on. Then the joyful cries subside and the usual routine sets in. That is, it turns out that several years and billions of rubles were taken in vain, no one needs this invention. And first of all, it does not need the one who ordered, that is, the Ministry of Defense.

And then the familiar song about “the presence of huge export potential” begins already painfully.

I will quote Mikheev that "the combat vehicles built on the basis of this platform are ready to take the countries of Africa, the Middle East, Southeast Asia and the CIS."

He said this about the Boomerang.

But with other products, everything is exactly the same. Take the same Su-57, which recently, in reports about the rehearsal of the May air parade, was again called "unparalleled in the world." 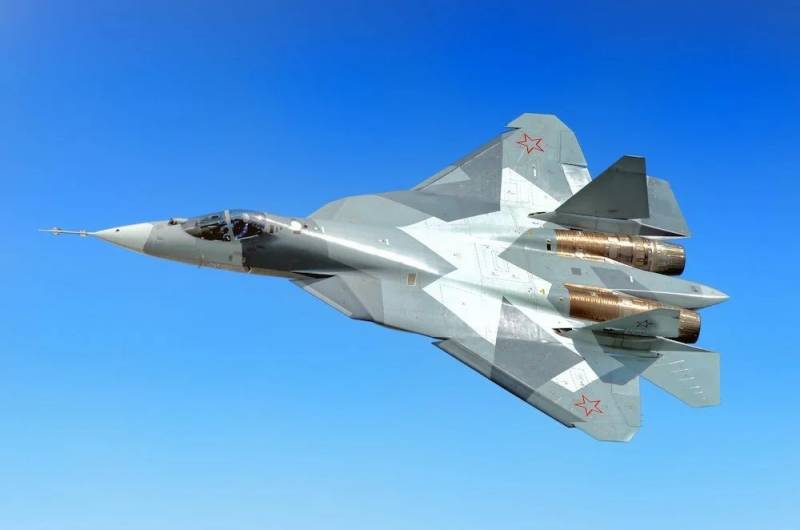 But here yes, it really is. Su-57 has no analogues in the world, because it is the only fifth generation fighter that no one needs and is not interested in.

No, of course, what Peru is thinking about acquiring 3 (THREE) Su-57s and Vietnam is considering buying ...

And if it was an isolated case ...

Not so long ago, we discussed the layouts of the MiG-35, which was ordered simply by a deafening series of 6 (SIX !!!) cars. I don't know if there were stories RSK MiG are more sensitive slap-blows, I think not. But the fact: the plane was not in demand at all and was not needed. Six copies are just for impressions to potential buyers. Well, the corresponding accompaniment in the form of a phonogram with a song about export potential. 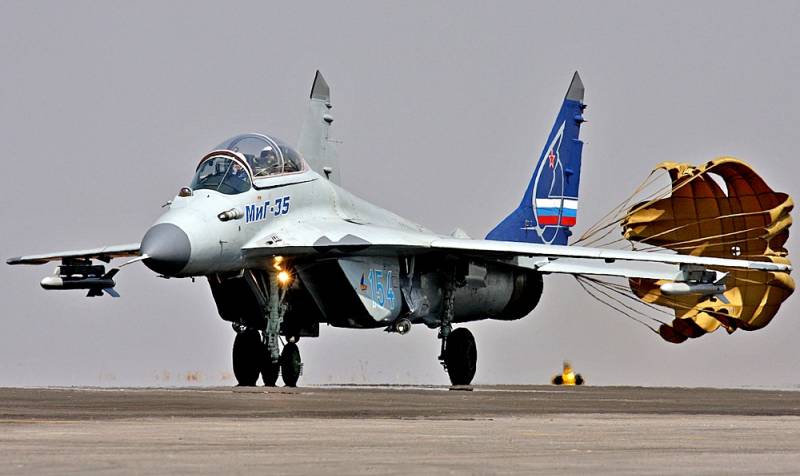 However, we will fall from heaven to earth. And on earth we have a Boomerang. Which has been on display in parades since 2015, and which was about to enter the series.

At first, they covered themselves with the high cost of the car. Yes, this is a very serious argument, why a destroyer with the cost of an aircraft carrier, why an armored personnel carrier, which weighs like a tank in money?

The correct answer is no reason.

But last year, when a complete rejection of the entire order really loomed, the Boomerang suddenly fell in price! The general director of the manufacturing company VPK Alexander Krasovitsy made a sensational statement: there was an opportunity to reduce the cost of Boomerang by about three times.

Well this is not surprising, everyone and even the janitor Uncle Seryozha should have earned. Therefore, as it became clear from the "analytical investigation", absolutely ALL component manufacturers overestimated the cost of their products several times.

Indeed, what is the little thing? The budget will stand ... 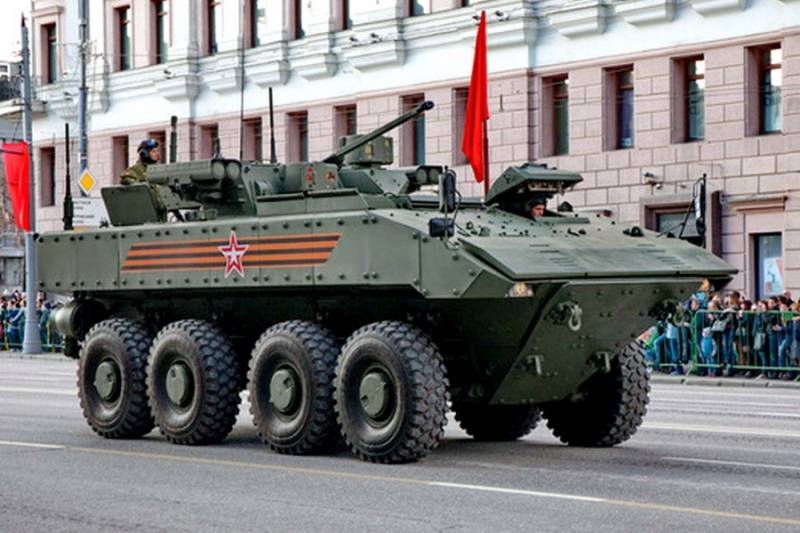 The budget could not stand it. The Boomerang was tested, but behind the curtains, obviously, hinted that the tank on wheels was not needed in terms of cost. Need an armored personnel carrier.

As I understand it, the evil generals came to the leadership of the military-industrial complex and began to twist their hands, nodding at the "Armata", which also "has no analogues in the world" and also stands as a fighter.

And most importantly, it is also purchased in volumes that definitely do not promise profits to manufacturers. Because in the expensive business of developing and producing modern military equipment the main thing is what? That's right, serial production.

If the same MiG-35 or “Armata” drive a series not individually, but in dozens (aircraft) and hundreds (Tanks), then the cost will be ... Well, it just will be.

In general, the leadership of the military-industrial complex was hinted, the leadership understood, and the Boomerang became cheaper before our eyes. It’s logical, because if our army needs an armored personnel carrier, it’s not at the price of “Almaty”.

However, the advent of the Boomerang in the Russian army did not happen. Even despite the drop in the selling price, almost three times.

And here, too, there is logic.

Due to what it has become so cheaper, no one is talking. But actually there are few options. Either due to lower selling prices for components if they were really unscrupulously overpriced, or due to the configuration itself. That is, the installation of cheaper components and equipment. 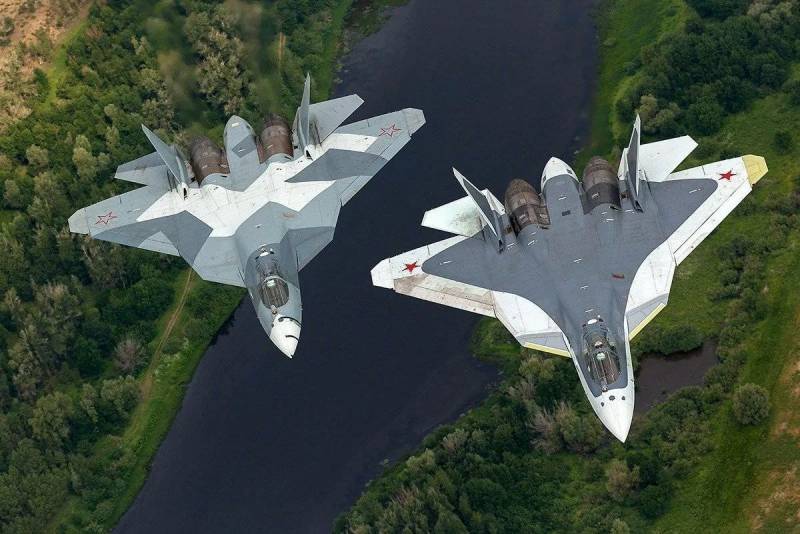 The estimated price of the Su-57 was announced at 100 million dollars. The normal price on the world market for such an aircraft, and there were more abrupt deals. The French last year sold the Rafali Indians at 218 million euros apiece, and the Rafal - by no means the Su-57, even in principle. 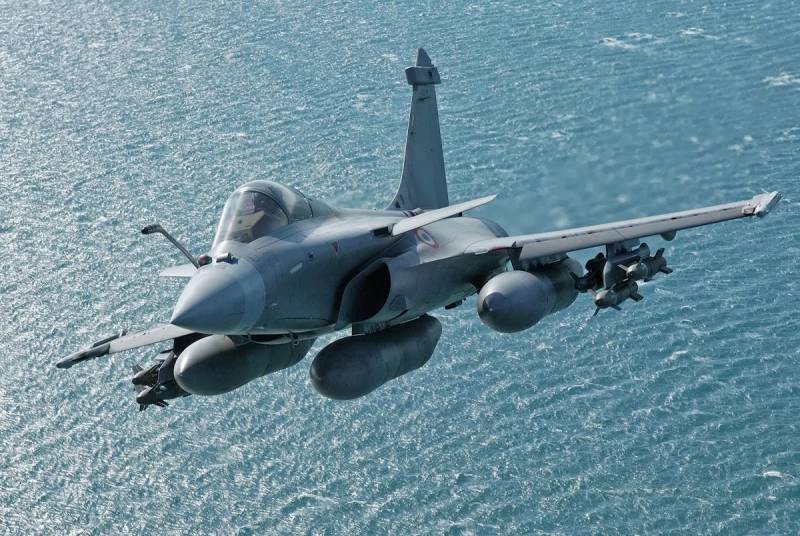 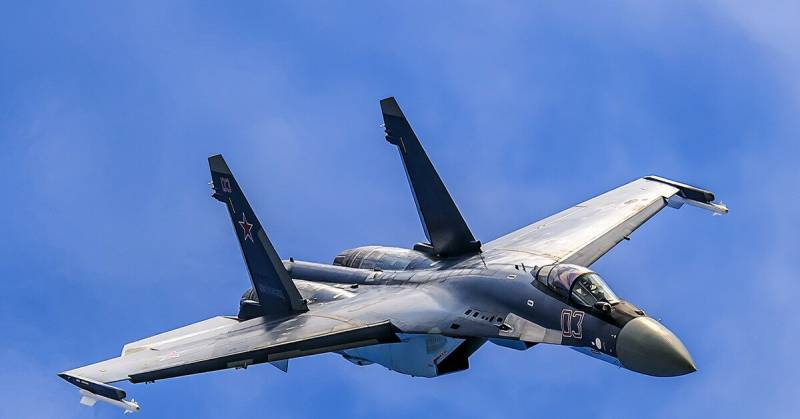 And suddenly last summer, the Ministry of Defense signed a long-term contract for the purchase of 76 Su-57s at $ 32 million per unit.

A very strange figure of the transaction, even if one considers that “for oneself”, “in the name of the interests of the Motherland” and all the rest is absurd.

Yes, for Soviet and now Russian (because it is all from the USSR) technology, the price / quality ratio was one of the best in the world. That is, good performance characteristics and combat operational qualities were perfectly combined with a low price by world standards.

BMP? In the region of a million dollars. Armored personnel carrier? If we talk about the BTR-82A, then 563 thousand dollars, while "for myself" in terms of even cheaper will be, because about 28 million rubles. 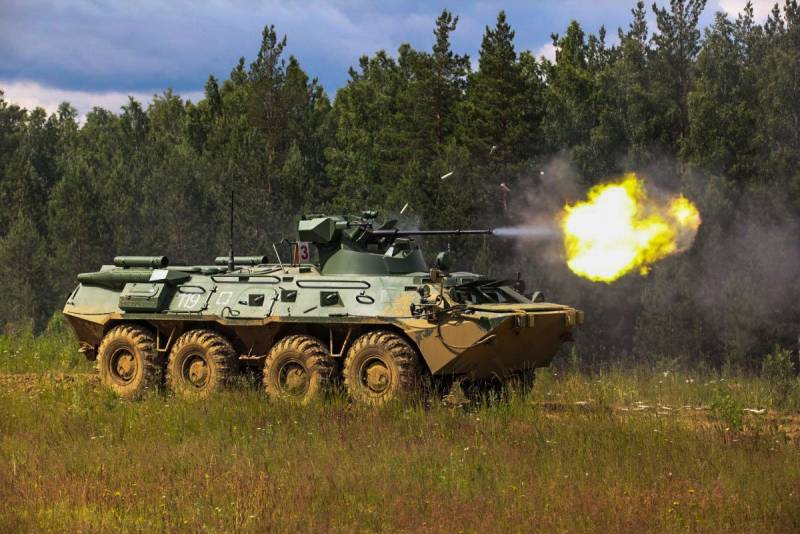 But excuse me, the BTR-82 is the same BTR-60, just tuned. Yes, a diesel engine, yes, a tower, but in essence it’s the same BTR-60, with its bulletproof armor and the absence of mine protection. And just as fighters traveled to BTR-70 in Afghanistan, 30 years later, they go to the Donbass and Syria, because the bullet is, of course, a fool, but the mine for the BTR is a grave. 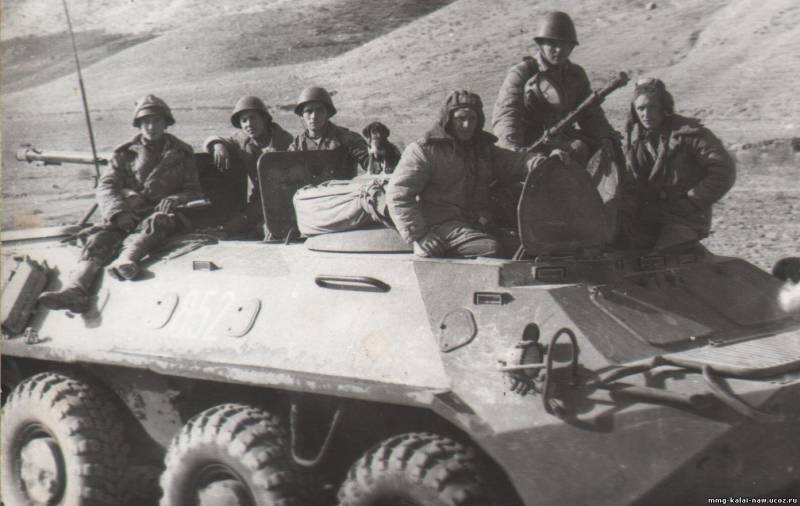 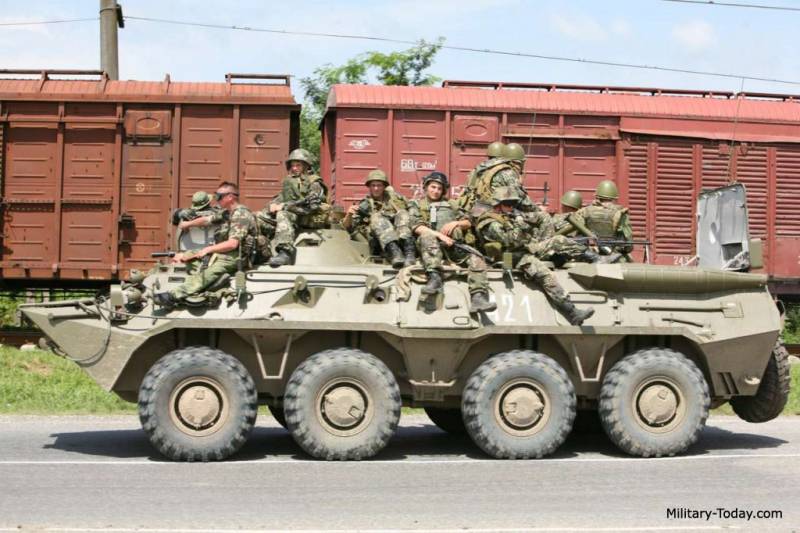 "Boomerang" promised to be stronger. However, we will talk about this separately, the topic is long and rich. Now we are interested not in theory, but in practice.

If we compare Boomerang with the main competitors in the foreign market, then there are two of them: the American Stryker and the Canadian LAV III. 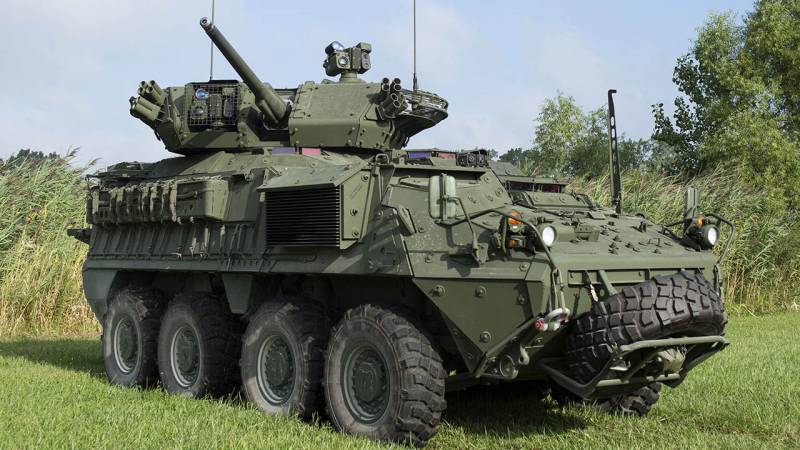 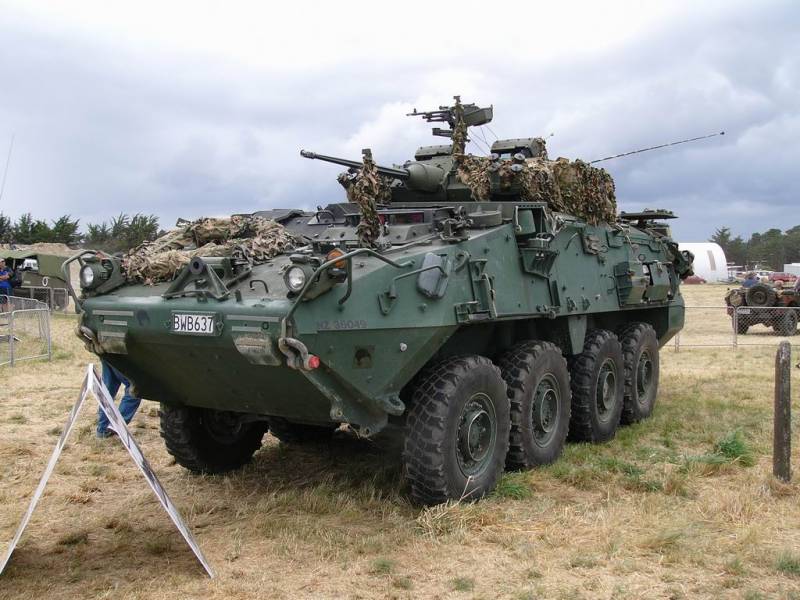 But the “Boomerang” looks “thicker” here. And the armor can protect not only from 7,62 mm bullets, and engine power is pretty much more, and with weapons too.

Alas. Everything just spoils the issue of price. And the price ... The price is not like the BTR-82. And therefore, “fat” in all performance characteristics and the price of “Boomerang” may well be uninteresting to foreign buyers.

For let's honestly answer the question: who is the main consumer of Russian military equipment? Yes, all the same Africa, Asia, CIS. That is, far from the richest countries that are interested in the fact that "no worse", but cheaper. Clear that this is not news, just from the category of not very pleasant information. Yes, Russia is mainly arming the countries of the Third World, and of the second, if it is possible to sell something to the same Indians and Chinese.

But basically - the third. Money which did not have, is not and will not be. And therefore cheaper, on credit, and even then it is advisable to forgive this loan.

So it is very doubtful that third-country countries would be interested in a product such as Boomerang. They pay less for tanks.

And here a simply overwhelming question arises: why is this all? 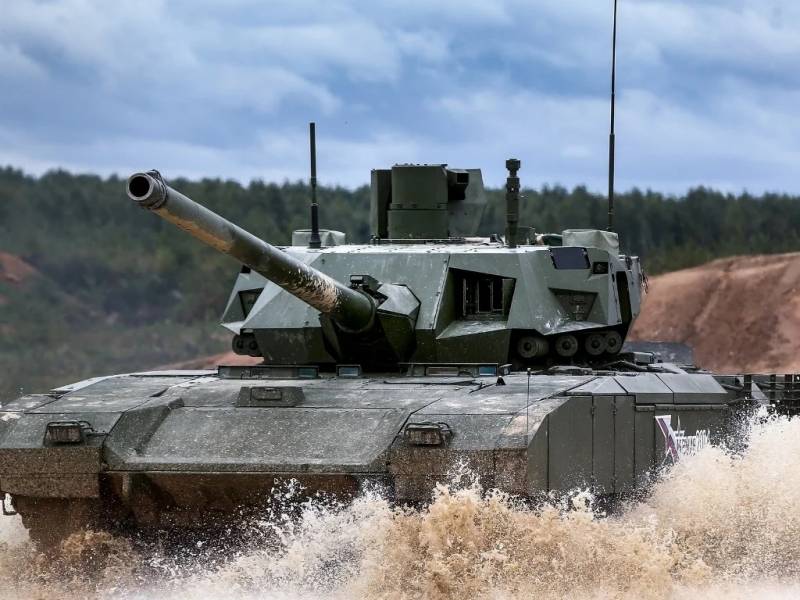 Why do hundreds of people work on new tanks, armored personnel carriers, infantry fighting vehicles, airplanes, if the fate of all developments is the same: to get the status of "has great export potential," and that's it? And then the fate of the development will not be decided in Russia, but in Zimbabwe, Angola, Myanmar and other no less developed countries?

Why do we need all the design bureaus, laboratories, factories, in the end? Why spend millions of rubles if they will use the fruits of labor anywhere but in Russia?

Oh yes ... Profit for Rosoboronexport ... Of course, in this case, the interests of national security can be neglected. We are not going to fight with anyone, what is at the disposal of our armed forces is more than enough for protection, so ...

So all these “possessions of high export potential” do not look very good. Especially in light of the fact that the list of the latest developments that did not go into our army, but is considered as a replenishment of the budget and is offered to everyone who can pay ...

Interestingly, the "Poseidons" and "Vanguards" also go on sale? If the price turns out to be prohibitive? Because, on the whole, the Boomerang flying after the Su-57, of course, will not hit the plane, but ... But it will not help our security either.

And I remind you that the money spent on development, testing, production, etc. was abundant. This is what saddens the most. After all, buyers from Africa may not pay the costs ...

Ctrl Enter
Noticed a mistake Highlight text and press. Ctrl + Enter
We are
Results of the week. “In our cooperative, the board is always agreed”Results of the week. "God forbid to see Russian revolt, senseless and merciless!"
155 comments
Information
Dear reader, to leave comments on the publication, you must to register.