Heroes live while their memory is alive! The story of grandparents 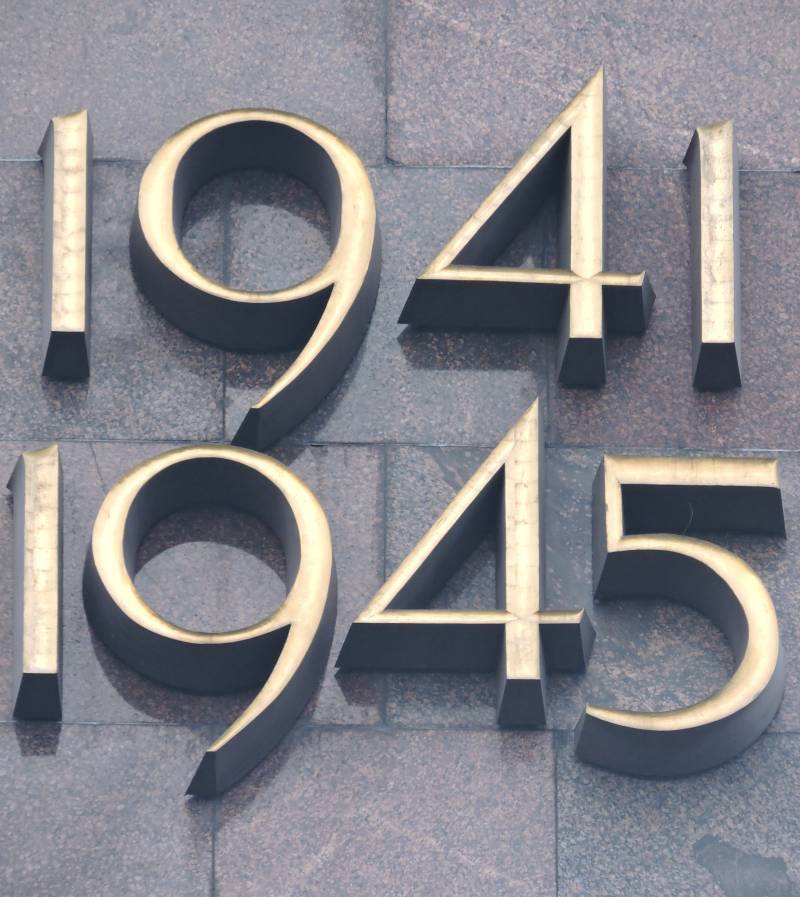 Krestinina Serafima Aleksandrovna was born on June 10, 1921 in the city of Kozlov in the family of a steam engine repair plant and a housewife. She studied at school No. 50 (now No. 18), and later successfully graduated from a medical school and received the profession of a nurse.

Having completed her studies, she went to Primorsky Krai by distribution, where she later met her future husband, Vasily Ignatievich Rudenko.

Since 1938, she worked as a midwife at the Kirovsky Women's and Children's Consultation, and later was transferred to the maternity ward. In May 1940, she resigned of her own free will and returned to her hometown. Since May 1941, she worked as a nurse at the Michurinsk Pediatric Consultation.

June 22, 1941 began the Great Patriotic War. Most of the country was called up to the front, and Serafima Alexandrovna was no exception. In connection with the outbreak of hostilities, she was relieved of work and mobilized in the Red Army (Workers 'and Peasants' Red Army).

Serafima Aleksandrovna gave her debt to Krestinin in the evacuation hospital 5956. There she worked as a medical ward. The best buildings were allocated to hospitals: schools No. 1, 6, 18, 48; pedagogical and fruit and vegetable institutes. In early July 1941, they took the first wounded.

In the first year of the war, more than half of the personnel of medical facilities in the city of Michurinsk went into the army and evacuation hospitals. The city’s medical workers organized a hospital base capable of receiving and returning thousands of wounded to service. This task was completed with flying colors. The first phase of hospitals (No. 5955, No. 5898, No. 5956, No. 1111) was formed as soon as possible. Already on July 4, 1941, doctors, nurses and nurses helped the wounded selflessly, sometimes without sleep or rest. It was their work that ensured the return of up to 92% of the wounded who entered them.

Every day I had to take several ambulance trains with the wounded, do everything possible and sometimes impossible to alleviate their suffering and then return to the army.

Nurses had to constantly monitor each wounded person and carry out all medical appointments for their speedy recovery. Their responsibilities included blood transfusion, the introduction of physiological saline, the provision of medication and much more. It was the nurses who equipped the soldiers sent on the road and bore no less responsibility for their well-being than the doctors.

On April 30, 1945, Serafima Alexandrovna was thanked for the excellent performance in the evacuation hospital 5956, and on January 31, 1946 she was awarded the medal "For the victory over Germany in the Great Patriotic War of 9-1945." .

She was also awarded the Order of the Patriotic War II degree (submitted to the award on April 6, 1985).

On May 9, 1945, the Great Patriotic War ended, and life gradually returned to its former course.

Serafima Alexandrovna remained faithful to medicine. After the end of the war, from 1948 to 1989, she worked conscientiously in medical institutions in the city of Michurinsk. This is evidenced by the entries in the work book.

In 1952, another hospital was opened - the 2nd city hospital, into which children and women’s consultations, a dairy kitchen and a children's clinic were transferred from the 1st. In April of the same year, she was transferred to this institution for further work.

From January 1952 until her retirement, she worked as a nurse in the children's clinic of the Department Hospital of Art. Michurinsk of the Moscow-Ryazan Railway.

She worked as a nurse all her life. Thanks to her work and conscientiousness during the war years, she saved hundreds of thousands of lives and helped the soldiers return to duty. She was an active participant in the donor movement, for which July 28, 1976 was awarded the title "Honorary Donor of the USSR."

Serafima Aleksandrovna together with her husband Vasily Ignatievich raised three children, each of whom, of course, they can be proud of. Two daughters, Zhanna and Julia, followed in the footsteps of their father and became well-known chemistry teachers in the city, honored teachers of the Russian Federation. His son, Vladimir, chose the path of medicine: he graduated from a university in Moscow and later became an honored doctor of the Russian Federation.

Grandmother died on April 15, 2003. She was buried in the city of Michurinsk in the Tambov region with her husband and faithful ally of Rudenko Vasily Ignatievich.

Rudenko Vasily Ignatievich, Honored Teacher of the School of the RSFSR.

Vasily Rudenko, my future grandfather, was born on January 11, 1920 in the village of Afanasyevka, Kirovsky District, Primorsky Territory.

During the Great Patriotic War, he was at party work in tank formations of the South-West, Stalingrad, Bryansk, 1st Belorussian fronts.

He served in the military unit (VU, Stalingrad Brigade District, Air Defense, 162th Guards Tank. B-16 Mechd) with the rank of captain.

In the postwar years:

In 1946-1947 studied at higher military-political courses.

Since 1947, he worked in the Michurinsky city committee of the CPSU (b) as an instructor in the agitation and propaganda department.

In 1952 he graduated from the Tambov Co-Varsity School, in 1959 - from the Higher Party School under the Central Committee of the CPSU (Moscow).

Since 1952, he worked in the Michurinsky CPSU CC as an ideological secretary.

On his initiative, a Friendship Park with an area of ​​40 hectares was laid on the left bank of the Lesnoy Voronezh River, as well as overhaul of the Michurinsky Drama Theater.

In 1962, he was appointed director of Michurin High School No. 1.

Under the leadership of V. Rudenko, the first school workshops appeared in the Tambov Region, a sports hall, a heated pool, and patronage relations were established with the staff of the plant named after Lenin.

This and much more allowed secondary school No. 1 to receive the title of exemplary.

It is on the initiative of V.I. Rudenko at the secondary school number 1, a memorial plaque was opened to the poet Vasily Kubanev.

Honored teacher of the school of the RSFSR.

Repeatedly elected to the Michurinsky City Council of People's Deputies.

Ctrl Enter
Noticed a mistake Highlight text and press. Ctrl + Enter
We are
Vladimir Khazov. Hero of battles near OlkhovatkaWhat people keep in memory of the war
7 comments
Information
Dear reader, to leave comments on the publication, you must to register.